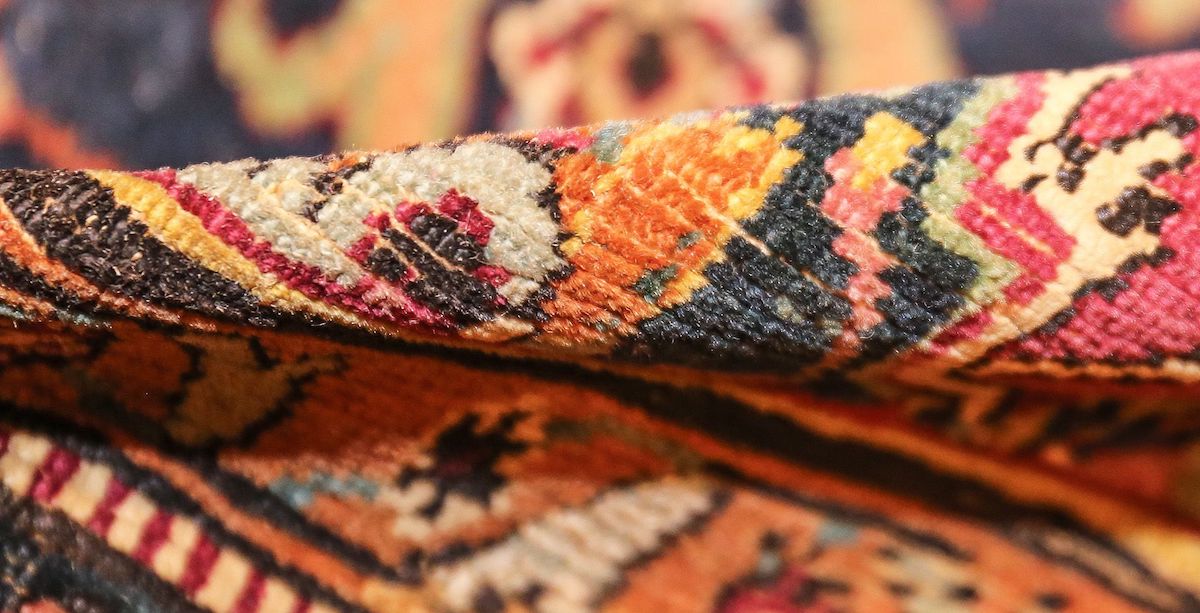 I thought I spent a lot of time thinking about fabric. I’ve been knitting for well over 20 years and crocheting for a solid decade and change; I do needlepoint and embroidery, I dabble in weaving, and I occasionally needle-felt (that’s when you repeatedly stab a bunch of wool until it forms a solid, like a little bowl or an eerily photorealistic animal). Both my grandmothers knitted. My younger sister makes her living selling hand-sewn baskets. As part of my day job, I assign, edit, and read countless articles about how and why people buy things—notably clothes—and the consequences of the processes that produce them.

That is, I thought I spent a lot of time thinking about fabric. It turns out that I basically knew nothing, compared to the fascinating, intertwining world of knowledge laid out in Kassia St. Clair’s book, The Golden Thread: How Fabric Changed History. It’s a thorough, and at times quite academic, look at the way fabric has shaped so much of modern history, from its production to its meaning to its role in the global economy. If St. Clair’s research could fill a woolen-sailed Viking ship (a thing! Who knew?), my own experience of the fiber world is maybe enough for a thimble.

The book is organized as a collection of stories, each tracing a particular textile’s impact on a slice of world history. We see how lace was so prized in 17th-century Europe that it literally strained diplomatic relations between nations; how fabrics like silk helped denote social class and how cotton later codified it in a particularly horrific way during American slavery; how the invention of synthetic fibers allowed both for spacewalks as well as the horrible factory conditions that resulted in the deaths of 1,134 predominately female workers at Bangladesh’s Rani Plaza. Even seemingly small developments—like the fact that so many new tech gadgets incorporate soft fabric covers—have, as the book illustrates, significant meaning and reverberation.

As someone who works with fabric, I’ve lost track of the number of times it’s been dismissed, to my face or in pop culture, as silly or unimportant. This is certainly in large part thanks to its associations with “women’s work”—St. Clair writes that it’s been seen as such for centuries despite the fact that it’s not entirely true in all cases, likely because it “was the form of work most compatible with child-rearing: it could be done at home with only half an eye by those with experience, and could also usually be interrupted and resumed at will.” Similarly, its importance has been flattened in both art and history; St. Clair points out that (mostly male) archaeologists named ancient eras things like the “Iron” and “Bronze” ages instead of “Pottery” or “Flax,” which “implies that metal objects were the principal features of those times, when they are simply the most visible and long-lasting remnants.”

“For the first time in human history, the vast majority of fabric has become disposable, something to be consumed and thrown away within weeks or months of being made.”

It’s not like fiber arts attract an outsized amount of public disdain; most people wouldn’t openly sneer at folks knitting on the subway (at least, they don’t dare in front of me, probably because I’m usually carrying a highly visible array of pointed metal sticks). Largely, I think, many of us just don’t think about textiles. We take them for granted, and if we assign meaning at all, it’s only to what they comprise rather than the fibers themselves; this sweater is soft, not the cashmere it’s made of; that couch is hideous, not the imitation linen someone decided to dye violently green. As St. Clair writes, “Examination of fabrics is often ghettoized. Even when it is the principal focus of mainstream attention, it is usually the appearance and desirability of the end product being discussed, rather than the constituent raw materials and the people who fashion them.”

In the past few years, though, there’s been a marked shift in consumer attention to such things—more clothing lines trumpeting their bona fides when it comes to sustainability, fair wages, and humane treatment of workers, more supply chains made as transparent as it is possible for a murky, multinational string of logistics to be. St. Clair believes that we can be more mindful when it comes to choosing where we spend our money, writing, “For the first time in human history, the vast majority of fabric has become disposable, something to be consumed and thrown away within weeks or months of being made… It is unlikely that we would ever find ourselves […] working at one of these factories. But perhaps that is a possibility we should give a little more thought to, each time we go shopping.”

While she’s right, it can feel overwhelming to choose to train your lens on this particular topic when there are so many other consumer dilemmas we face each day: Are we buying ethically sourced food? Should we give up cars entirely? What small actions can we personally take to delay the death rattle of civilization, and should we bother at all when forces so much larger than us spew sludge and rhetoric that accelerate the journey to that finish line by the decade rather than the minute? Who is the “we” here, anyway, and how much of the question of what we buy (and what line of work we may find ourselves in) is rooted in privilege, access, money, information withheld or distorted? It’s enough to make anyone want to look away, out of exhaustion, anxiety, defensiveness, despair, or some potent combo thereof.

What we can do, though, is know our past. You might not be able or willing to trace the exact origin of the old college t-shirt you’ve washed so many times it’s transparent (although I urge you to try, even just as an exercise), but you can learn the bloody, racist history of how cotton came to the United States. You can acknowledge that your shirt came from somewhere, and so did the seat of your chair and the hair elastic on your wrist, and the yarn in a hopeless snarl in your shoulder bag, and the sweater your mother’s mother made for you when you were seven and you didn’t take off until it started to smell. You can open your eyes to the notion that things are connected, that our actions have consequences and our choices have meaning. It all starts with a single thread.

Alanna Okun is a deputy editor at Vox and the author of The Curse of the Boyfriend Sweater, an essay collection about crafting available now from Flatiron/Macmillan. Her writing has been published in The New York Times, NPR, BuzzFeed, Apartment Therapy, and The Hairpin, among others, and she's appeared on TODAY, Good Morning America, and many other local and national TV and radio programs. Her second book is forthcoming from Abrams in 2020.

Maaza Mengiste on Women Pushing to the Front Lines of Conflict 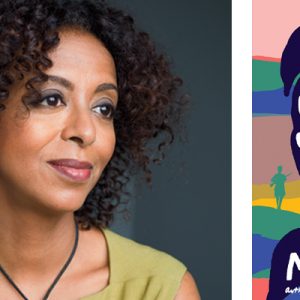 Maaza Mengiste on Women Pushing to the Front Lines of Conflict

In this episode of Reading Women, Autumn and Kendra talk with Maaza Mengiste about her new novel The Shadow King. From...
© LitHub
Back to top