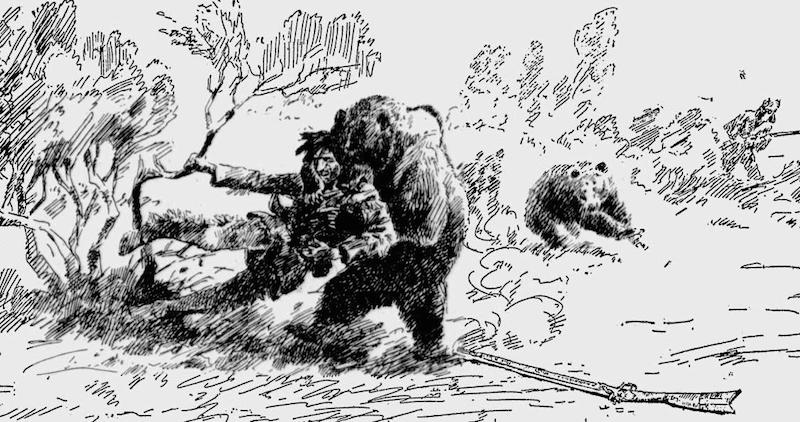 The Oscars: Who Will Win, Bookish Edition

I have no problem admitting that I enjoy the Oscars. The red carpet thrills me (my mother designed costumes for the theater, as well as her own clothes), and I tear up during the ceremony. I like seeing talented people being rewarded for their efforts!

Or so I thought. I still enjoy the red carpet, albeit I’m more critical of the endless inanity of the questions posed to attendees. My level of delight at the actual awards tends to depend on my opinion of the film: I have no problem with the Academy giving Birdman Best Picture last year; but I almost burst a capillary when Jack Nicholson said, in a surprised upswing tone, that Crash had clinched the award, back in 2004.

This year, the Oscars are being rightly attacked for excluding minorities in nearly every category. If you want the vast majority of America to tune in for one of the few remaining “appointment TV” events, you might want to nominate a more diverse slate of films. And while we’re at it, replace white male studio heads with women and minorities. It’s 2016. There shouldn’t be any dithering on the matter.

Since the finish line is in sight, I’m simply running down the major categories and assessing the Oscar bait-y value of the book-based films nominated. I’m not a betting man—this is just my estimation of which (heavily monochromatic) film might beat its competitors.

Two women nominees here: Emma Donoghue, for adapting her own novel Room, which the LARB rightly described as “the Crash of feminism.” I doubt Phyllis Nagy will win for adapting Patricia Highsmith’s Price of Salt, title changed to Carol; the Academy is almost hilariously old, white, and male. Nick Hornby’s adaptation for Colm Toibin’s Brooklyn was lovely, but there are Brits in other categories who are likely to win Oscars. Andy Weir wrote the novel The Martian and its screenplay—I don’t like either.

Guess: Adam McKay and Charles Randolph’s adaptation of Michael Lewis’s The Big Short. And they’re not undeserving. The screenplay is faithful to the book, which tackles the Great Recession via eccentric bankers, strips the crisis of its Wall Street jargon, and makes it accessible to a vast audience. While doing so it adds Ryan Gosling to break the fourth wall, and Margot Robbie and Selena Gomez to explain collateralized debt obligations (CDOs) and synthetic CDOs, respectively. I saw it four times, so I might be biased. But who isn’t? Even PR folks get Oscar ballots.

Iñárritu won for Birdman last year, so I’d be surprised if they give it to him twice in a row. On the other hand, he is a minority, one of the few nominated this year, and the mostly male Academy probably lapped up The Revenant like it was liquid testosterone. George Miller (Mad Max: Fury Road) and Lenny Abrahamson (Room) are long shots, because the Academy likes to give the same film Best Picture and Director.

Guess: I think it’s between McKay, who proved, quite well, that he can wrangle tragicomedy and not just Will Ferrell vehicles, and Tom McCarthy of Spotlight. The latter’s track record is shorter than McKay’s but high in quality: The Visitor, The Station Agent, and co-writing Up. Spotlight is directed with focus and great attention to detail, on par with Alan Pakula’s work on All the President’s Men 40 years ago (more from me on those movies, here).

The level of machismo in this entire damn category made me groan out loud. Please, god, don’t give an Oscar to Sylvester Stallone, who has done little but grunt in feature films since before I was born. Tom Hardy turned in solid work for The Revenant, but I think the Academy might be saving all their love for that film for One Very Special Guy. Mark Rylance never phones it in, but it’s just Bridge of Spies—does anyone actually care?

Guess: Christian Bale as Dr. Michael Burry, The Big Short. Years and years ago, when The Aviator hit theaters, I remember reading, perhaps in the Times or the AV Club, that the Oscars love crazy people. Autism is not “crazy,” but Bale’s performance rings all the idiosyncrasy bells Hollywood loves so much. I’ve noted elsewhere that his portrayal of the brilliant, autistic doctor with a penchant for hedge fund management, who sensed the impending economic collapse years before anyone else, is extraordinary. So much so that I forgot Bale is English.

The talent level here is sky-high: Cate Blanchett is nominated as the titular character in Carol, but she recently won for Blue Jasmine. Charlotte Rampling, veteran and all-round great (minus recent comments about diversity) is nominated for 45 Years, which I didn’t see. Jennifer Lawrence scored the only nomination for Joy, but she’s a recent winner too, for Silver Linings Playbook. Saoirse Ronan was transcendent in Brooklyn, but she’s not the UK native who’ll win an Oscar this year.

Guess: Brie Larson, Room. Much as it pains me to say it. There’s nothing the Academy loves more than a strong female lead, challenged by crime/society; melodrama; plot ripped from the headlines; and a happy ending. Did I mention that Room also features an adorable little boy? And that Larson won the Golden Globe? Pretty good indicators, all the above.

I’m laughing as I write this because while I, like most people, think DiCaprio deserves to win, wouldn’t it be a little bit funny if he doesn’t? What if they give it to Bryan Cranston for the his decent work in the stodgy Trumbo? (Matt Damon won’t win it; he’s a hell of a charmer but there’s too much at stake in this category.) Eddie Redmayne won last year. Fincher and Sorkin couldn’t recreate their The Social Network magic for Steve Jobs. Poor Michael Fassbender, left to his lonesome, excellent career and even more excellent dick.

Guess: During every second of The Revenant I couldn’t help but snicker quietly. Hugh Glass’s entire journey is like one long, beautifully shot metaphor for his journey to an Oscar. “Look!” He screams as he gobbles a raw moose heart, or hides inside the carcass of a dead horse. “I can’t do any more than this! There’s nothing else I can do to win an Oscar!” A bear takes its time mauling him, and he screams in agony. “I’ve peed in jars, I drowned in the Atlantic, I explored my comedic chops in movies about Wall Street and slavery! South African accent, Boston accent, and now this growling business in the Ozarks in the 1850s! There is nothing else I can do so give. It. To. Me.” If he doesn’t win, cameramen, please, cut to DiCaprio’s face and not the winner’s. His restraint, if that’s what he goes with, will merit an Oscar.

This might be the only category with which I’m truly intrigued. All the nominees in this category did some of their best work ever. Standouts include Rooney Mara as Therese Belivet in Carol, whose Supporting Actress designation only makes evident producers’ machinations if it means getting two Oscars versus one. She is just as much the main character in Carol as Blanchett, but it’s a Harvey Weinstein production, which explains the trophy greed. Rachel McAdams as Boston Globe reporter Sacha Pfeiffer is so understated and self-possessed in Spotlight that the film doesn’t even need a Bechdel Test. Alicia Vikander was a Golden Globe nominee for her terrifying, sexy performance of the AI android-human Ava in Ex Machina. She has a shot at the Oscar for The Danish Girl because, again, the Academy loves melodramatic films, especially about historical figures. Jennifer Jason Leigh was fun to watch in The Hateful Eight, but she’s a long shot too.

Guess: Kate Winslet, Steve Jobs. Remember when I said that Brits win Oscars every year? This it, right here. Her performance as Joanna Hoffman, Jobs’s no-bullshit marketing executive. Winslet doesn’t need any defending; she’s won before, and she’ll win again. It’s just that she was the bright spot of a film that had given up before it even began; the writing was stale, the editing clunky, and Fincher’s usually spot-on direction was nowhere to be found. And Winslet won the Golden Globe.

I’m not sure viewers at home understand that producers, not directors or other personnel (unless their cache permitted that level of involvement), accept this award. It’s called show business for a reason: if you put up your money, and make it back, and people call it Best Picture, you get to walk to the stage, accept the award, thank your beautiful husband/wife, demand that x number of children go to sleep, name-drop your agent/manager/publicist/PR cadre, Scientology consultant, Exalted Being. Six of the eight films up for Best Picture are based on books/written accounts: Room, The Big Short, Spotlight, Trumbo, Brooklyn, The Martian, and The Revenant. The other two: Mad Max, Bridge of Spies. This is for all the marbles.

The Martian: Please, god, have mercy, no.

Three-way tie between The Big Short, The Revenant, and Spotlight. One’s got your Best Actor, one’s about the Roman Catholic Church’s own sins, and the other is about the worst financial crisis since the Great Depression. Only the PriceWaterhouseCooper accountants can help us now.

(Featured image: a still from The Revenant, starring Leonardo DiCaprio.) 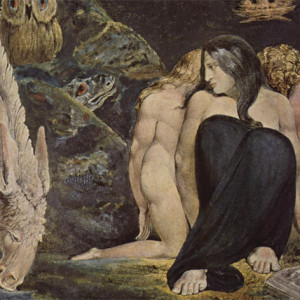