On What We Risk Losing in National Funding for the Arts

On a sunny September 29th in the White House Rose Garden, President Lyndon B. Johnson signed the “National Foundation on the Arts and Humanities Act of 1965,” creating the agencies we know today as the National Endowment for the Arts and the National Endowment for the Humanities. He handed Agnes DeMille and Ansel Adams the pens used to sign it. Ralph Ellison, Leonard Bernstein, and other members of the National Council on the Arts, an advisory group put together previously by President Kennedy, attended the ceremony. Among Johnson’s remarks at the signing were the following:

Art is a nation’s most precious heritage. For it is in our works of art that we reveal to ourselves, and to others, the inner vision which guides us as a nation. And where there is no vision, the people perish.

With news about the Trump administration cutting funding for both agencies and the Corporation for Public Broadcasting, and subsequent articles defending these agencies, the first Trump budget draft was no great surprise. In anticipation of these proposed cuts to the arts many of us have been signing petitions and calling the Capitol Switchboard (202-224-3121), urging representatives to “save the NEA” (and the NEH and the CPB…).

In the meantime, having never actually read the 1965 legislation that created the NEA, I decided to take a closer look. It’s quite a document. The writing of the “National Foundation on the Arts and Humanities Act of 1965” came about through a group effort. In the Rose Garden speech, President Johnson thanked the legislators who wrote it, singling out Congressman Adam Clayton Powell of New York, Congressman Frank Thompson of New Jersey, Senator Listor Hill of Alabama and Senator Claiborne Pell of Rhode Island. I want to cite these authors because I consider this piece of legislation not only a trenchant, powerful and even moving document, but indeed as a piece of literature all Americans should read and re-affirm.
The meat of the legislation consists of a “declaration of findings and purposes.” Just over a page long and consisting of a series of 12 statements (including additions made since 1965), we can file these under “we hold these truths to be self-evident.” I promise you that if you read this document you may find yourself reaching for a handkerchief—it’s that wonderful.

The well-known NEA slogan “A Great Nation Deserves Great Art” makes some uncomfortable, suggesting perhaps that “art” serves as the icing on the cake rather than the cake itself (the cake here being our nation). In contrast, here’s the first line of the “declaration of findings and purposes.”

The arts and the humanities belong to all the people of the United States.

The arts and the humanities belong to all of us. Rather than something we might get because we’re somehow “great,” the arts function, according to this legislation, as a core attribute of our nation; something that’s there for all of us, and that indeed we own and therefore might be obliged to protect: the arts as precious natural resource. We don’t deserve the arts because we’re a great nation—the arts actually contribute to our nation getting there in the first place.

Similarly, there’s been much discussion about S.T.E.M.—Science, Technology, Engineering and Math—the Obama administration education plan to ensure “global leadership.” Many have been calling for the arts to be included in the acronym (“S.T.E.A.M—not S.T.E.M.”), but the original 1965 NEA/NEA legislation already had it right:

It goes on to state why we need to value and support the arts:

…in order to achieve a better understanding of the past, a better analysis of the present, and a better view of the future.

The arts provide clarity on the past, the present and the future. This is explicated further later on in the document:

To fulfill its educational mission, achieve an orderly continuation of free society, and provide models of excellence to the American people, the Federal Government must transmit the achievement and values of civilization from the past via the present to the future, and make widely available the greatest achievement of art.

Through art we “transmit the achievements and values of civilization from the past via the present to the future”—wow. Another of the findings tells us that “democracy demands wisdom and vision in its citizens.” We need that on billboards across America. The finding explains that because of this:

It must therefore foster and support a form of education, and access to the arts and the humanities, designed to make people of all backgrounds and wherever located masters of their technology and not its unthinking servants.

In terms of our place in the world, the legislation admonishes us that:

The world leadership which has come to the United States cannot rest solely upon superior power, wealth, and technology, but must be solidly founded upon worldwide respect and admiration for the Nation’s high qualities as a leader in the realm of ideas and of the spirit.

Specters of American individualism aside, the 1965 legislation continues in addressing some of the very issues of diversity and inclusion we find our country grappling with today, stating clearly:

This line goes on to state that “therefore it is essential to provide financial assistance to its artists and the organizations that support their work.” And thus the need for an NEA. QED.

In reading the legislation closely, I’m not only moved to suggest that we re-assert the importance of the federal government supporting the arts, but feel that “saving the NEA” can’t be enough—that’s just where we need to start. The current NEA budget of $149 million (and same for the NEH) pales in comparison to other civilized nations. For example, last March Canada announced that it would invest $1.9 billion (equal to nearly $1.5 billion US) over the next five years in its equivalent of the NEA. The Canada Council’s budget last year was already pretty close to that of our NEA, and with a national population considerably smaller than ours.

Jeffrey Lependorf serves as the shared Executive Director of the two national nonprofit service organizations for independent literary publishing, the Community of Literary Magazines and Presses and Small Press Distribution, as well as the director of the Music Omi International Musicians Residency at Art Omi.

Cal Morgan Returns to Publishing as Executive Editor at Riverhead 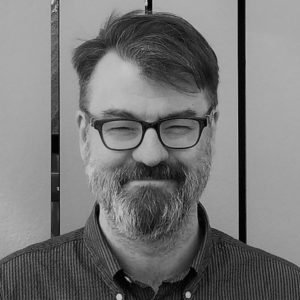 Cal Morgan Returns to Publishing as Executive Editor at Riverhead

Ladies and Gentlemen, Cal Morgan is back. In 2015, the book editor and publisher—not to mention tireless literary innovator who...
© LitHub
Back to top