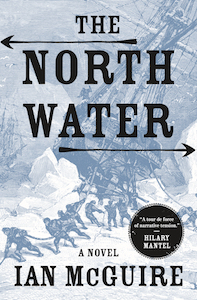 It has started to rain, and above the residual smell of horse dung and butchery there is a fresh and clement tang to the air. Instead of returning to the Volunteer, Sumner turns to the left and ﬁnds a tavern instead. He asks for rum and takes his glass into a scruffy side room with a ﬁreless grate and an unpleasing view into the adjoining courtyard. There is no one else sitting in there. He unties the chemist’s package, takes out one of the bottles, and dispenses half of it into his glass. The dark rum darkens further. Sumner inhales, closes his eyes, and downs the concoction in one long gulp.

Perhaps he is free, he thinks, as he sits there and waits for the drug to have its effect. Perhaps that is the best way to understand his present state. After all that has beset him: betrayal, humiliation, poverty, disgrace; the death of his parents from typhus; the death of William Harper from the drink; the many efforts misdirected or abandoned; the many chances lost and plans gone awry. After all of that, all of it, he is still alive at least. The worst has happened—hasn’t it?—yet he is still intact, still warm, still breathing. He is nothing now, admittedly (a surgeon on a Yorkshire whaling ship—what kind of reward is that for his long labors?), but to be nothing is also, looked at from a different angle, to be anything at all. Is that not the case? Not lost then, but at liberty? Free? And this fear he currently feels, this feeling of perpetual uncertainty, that must be—he decides—just a surprising symptom of his current unbounded state.

Sumner feels a moment of great relief at this conclusion, so clear and sensible, so easily and quickly reached, but then almost immediately, almost before he has a chance to enjoy the new sensation, it strikes him that it is a very empty kind of freedom he is enjoying— it is the freedom of a vagrant or a beast. If he is free, in his current condition, then this wooden table in front of him is also free, and so is this empty glass. And what does free even mean? Such words are paper-thin, they crumble and tear under the slightest pressure. Only actions count, he thinks for the ten-thousandth time, only events. All the rest is vapor, fog. He takes another drink and licks his lips. It is a grave mistake to think too much, he reminds himself, a grave mistake. Life will not be puzzled out, or blathered into submission; it must be lived through, survived, in whatever fashion a man can manage.

Sumner leans his head back against the whitewashed wall and peers vaguely in the direction of the doorway opposite. He can see the landlord over yonder, behind the bar, hear the clink of pewter and the clatter of a trapdoor closing. He feels, rising inside his chest, another warm swell of clarity and ease. It is the body, he thinks, not the mind. It is the blood, the chemistry that counts. In a few more minutes he is feeling much better about himself and about the world. Captain Brownlee, he thinks, is a ﬁne man, and Baxter is ﬁne also, in his way. They are dutiful men both of them. They believe in act and consequence, capture and reward, in the simple geometry of cause and effect. And who is to say they are wrong? He looks down at his empty glass and wonders about the wisdom of requesting another. Standing shouldn’t be a problem, he thinks, but talking? His tongue feels ﬂat and foreign, he’s not sure, if he tried to speak, what might actually come out—what language exactly? what noises? The landlord, as if sensing his dilemma, glances in his direction and Sumner hails him with the empty glass.

“Right you are,” the landlord says.

Sumner smiles at the simple elegance of this exchange—the need sensed, the satisfaction offered. The landlord enters the side room with a half-full bottle of rum and tops him up. Sumner nods in thanks, and all is well.

It is dark outside now, and the rain has ceased. The courtyard glows yellow with a vague, gaseous light. There are women’s voices in the next room laughing loudly. How long have I been sitting here? Sumner wonders suddenly. An hour? Two? He ﬁnishes his drink, reties the chemist’s package, and stands up. The room seems much smaller than when he ﬁrst came in. There is still no ﬁre in the grate, but someone has placed an oil lamp on a stool near the door. He walks carefully into the next room, peers around for a moment, tips his hat to the ladies, and regains the street.

The night sky is crammed with stars—the grand zodiacal sprawl and in between the densely speckled glow of unnameable others. The starry sky above me and the moral law within. He remembers, as he walks, the dissection hall in Belfast, watching that foul old blasphemer Slattery slice happily into a cadaver. “No sign of this chap’s immortal soul as yet, young gentlemen,” he would joke, as he delved and tugged, pulling out intestines like a conjurer pulls ﬂags, “nor of his exquisite reasoning faculties, but I’ll keep on looking.” He recalls the jars of sectioned brains, floating helplessly, pointlessly, like pickled cauliﬂowers, their spongy hemispheres emptied entirely of thought or desire. The redundancy of ﬂesh, he thinks, the helplessness of meat, how can we conjure spirit from a bone? Yet this street looks lovely despite all that: the way the dampened bricks glow reddish in the moonlight, the echoing clack of leather boot heels on stone, the curve and stretch of broadcloth across a man’s back, of ﬂannel across a woman’s hips. The whirl and caw of the gulls, the creak of cartwheels, laughter, cursing, all of it, the crude harmonics of the night, coming together, like a primitive symphony. After opium, this is what he likes best: these smells, sounds, and visions, the crush and clamor of their temporary beauty. Everywhere a sudden alertness that the ordinary world lacks, a sudden thrust and vigor.

He wanders through squares and alleyways, past courtyard hovels and the houses of the rich. He has no idea which way is north or in what direction the dock now lies, but eventually, somehow, he knows he will sniff his way back there. He has learned to stop thinking at such times and trust his instinct. Why Hull, for instance? Why fucking whaling? It makes no sense, and that is its great genius. The illogic of it, the near idiocy. Cleverness, he thinks, will get you nowhere; it is only the stupid, the brilliantly stupid, who will inherit the earth. Entering the public square, he encounters a legless and tatterdemalion beggar man whistling “Nancy Dawson” and knuckling his way along the darkened pavement. The two men pause to talk.

“Which way to the Queen’s Dock?” Sumner asks, and the legless beggar points across with his ﬁlth-caked ﬁst.

The beggar, whose face is riddled with smallpox scars and whose truncated body halts abruptly just below the groin, shakes his head and giggles wheezily.

“If you chose to ship with Brownlee, you fucked yourself up the arse,” he says. “Right royally.”

Sumner thinks about this for a moment, then shakes his head. “Brownlee will do,” he says.

The beggar is wearing a grimy and shapeless tam-o’-shanter patchworked from the broken remnants of numerous pieces of older and ﬁner headgear.

“I was in India,” Sumner says.

“Ask anyone around here about the Percival,” the beggar says. “Just say the word Percival and see what comes back.”

“So tell me then,” Sumner says.

The beggar pauses a moment before beginning, as if to better measure the hilarious breadth of Sumner’s naivety.

“Crushed to matchwood by a berg,” he says. “Three years ago now. Its holds were ﬁlled up with blubber at the time and they didn’t rescue even one single barrel of it. Not a scrap. Eight men drownded and ten more perished of the cold, and none of those that lived made even sixpunce.”

“Sounds like a misfortune. It could happen to anyone.”

“It happened to Brownlee though, no one else. And a captain that fucking unfortunate doesn’t often get another ship.”

“Baxter must trust him.”

“Baxter’s fucking deep. That’s all I’ll say about fucking Baxter. Deep is what Baxter is.”

Sumner shrugs and looks up at the moon. “What happened to your legs?” he asks.

The beggar looks down and frowns as though surprised to ﬁnd them gone.

“You ask Captain Brownlee about that one,” he says. “You tell him Ort Caper sent you. You tell him we was counting up my legs together one ﬁne evening and there seemed to be a couple of ’em missing. See what he says about that one.”

“Why would I ask him that?”

“Because you wouldn’t hardly believe the truth of it coming from a man like me, you’d likely write it off as the ravings of a loon, but Brownlee knows the bloody truth of it as well as me. You ask him what happened on the Percival. Tell him Ort Caper sends his best regards. See what that does to his digestion.”

Sumner takes a coin from his pocket and drops it into the beggar’s outstretched hand.

“Ort Caper’s the name,” the beggar shouts after him. “Ask Brownlee what happened to my fucking legs.”

From THE NORTH WATER. Used with permission of Henry Holt and Co. Copyright © 2016 by Ian McGuire.

Who is the Man Behind Nein Quarterly? 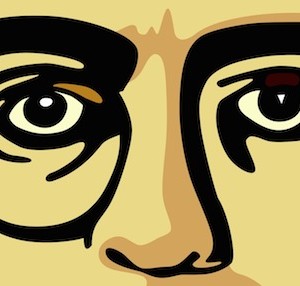 Who is the Man Behind Nein Quarterly? In part one of their conversation Paul Holdengraber and Eric Jarosinski (the man behind the beloved Twitter feed, Nein) discuss...
© LitHub
Back to top