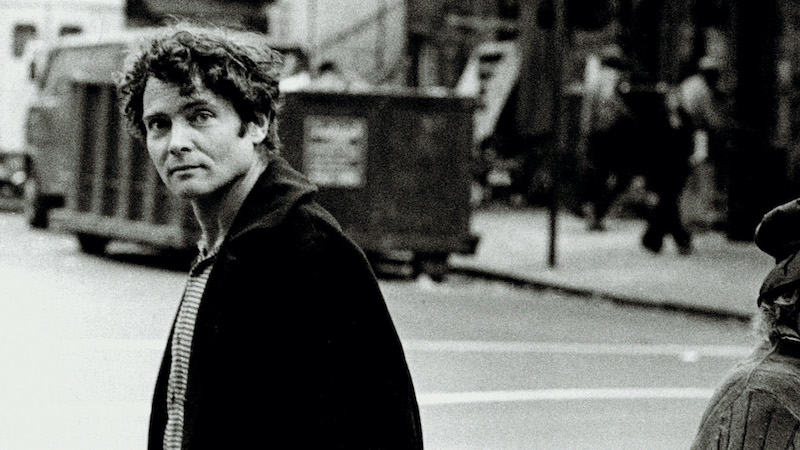 The Night W.S. Merwin Was Stripped Naked by a Charismatic Buddhist Leader

Emily Temple on a Legendary Night of Very Bad Behavior

I grew up in a Shambhala Buddhist family; my father was a student of Chögyam Trungpa Rinpoche, a Tibetan Lama who, while lacking the name recognition of His Holiness the Dalai Lama or Thich Nhat Hahn for the uninitiated, was an enormous influence on the dissemination of Buddhism in the West, and particularly in North America, founding Shambhala Buddhism, Naropa University (still the only accredited Buddhist University in the country, as far as I know), and taking on students like Pema Chödrön, Allen Ginsberg, Peter Orlovsky, Anne Waldman, and Diane di Prima.

My father told me many stories about Chögyam Trungpa, who died six months after I was born—some serious, some silly, some profound, a combination that was confirmed by my own experiences of Tibetan teachers at the Shambhala Center we visited annually as a family. One of these was a story about the poet W. S. Merwin, who had refused to participate in a party Trungpa was throwing, and who was ultimately forced to do so.

For a long time I was fuzzy on the details. It was described to me as a game that went too far, something that evoked nervous laughter, as if it was funny because it wasn’t funny. But while I was working on my first novel, which is set at a Buddhist meditation center and includes at least two charismatic spiritual leaders who abuse their power, I decided I needed to know the whole story.

I’m retelling it here because it’s Merwin’s birthday, the first since he died last year, and because I’ve been thinking about abuses of power generally (hello, it’s 2020) and more specifically around Shambhala, whose current leader, Sakyong Mipham Rinpoche, Chögyam Trungpa’s son, is mired in his own abuse scandal that is causing some teachers—including Pema Chödrön—to resign, and some students to reconsider their involvement in the community. So here’s the story.

Trungpa was drunk; he lectured them. Naone called him and the other participants cowards, fascists, Nazis.

In the summer of 1975, W. S. Merwin and the poet Dana Naone, who was his girlfriend at the time, attended a retreat led by Chögyam Trungpa Rinpoche in Snowmass, Colorado. According to a report compiled by the members of Naropa University’s 1977 investigative poetry class, led by Ed Sanders, Anne Waldman had met Merwin at the beginning of the year and recommended that he come to Naropa. He did, that summer, and with Naone, also attended an Intensive Training Seminar taught by Trunpga that year. Next, he was invited (or was accepted) to a three-month retreat. Peter Marin, who wrote about the incident for an issue of Harper’s, describes the event this way:

The retreat involves alternating periods of meditation and formal teaching, but these are not nearly so serious as one might imagine; they are also marked by much celebration, drinking, and horseplay, and rumors abound about their sexual aspects—lovemaking, wife swapping, et cetera. . . During the first several weeks there were the usual incidents of roughhousing and hazing, most of which make it sound more like an extended fraternity weekend than a religious event. There was a slow escalation of what began as playful violence; Trungpa took to using a peashooter on unwary students; there was a strenuous snowball fight between Trungpa’s Vajra guards and his other disciples; at one point the disciples trapped Trungpa in his car and rocked it violently in the snow.

It’s useful to point out, as Marin does, that this was not an open retreat; it was part of Vajradatu Seminary, and should have been limited to Trungpa’s dedicated students; according to Sanders’ report, there were 125 to 130 people in attendance, selected from 450 to 600 applicants. But the final admissions were approved by the guru, and in any case, Merwin attended.

However, he and Naone did not go in for much of the “roughhousing.” They were newly coupled up, and they kept to themselves, something that reportedly irritated the rest of the participants. “Many of the disciples later described it as antisocial, or an insult to Trungpa, or a form of rebellion or egotism, or precisely the kind of personal detachment and self-protectiveness that Buddhism is meant to dissolve,” Marin wrote. “This communal resentment, in the claustrophobic atmosphere of the retreat, escalated in much the same way as did the initially playful roughhousing; both of these attitudes found their expression on Halloween night.”

Merwin asked why they were the only naked people, and then “every fucking person in the place took their clothes off.”

Eventually, Trungpa noticed that Merwin and Naone were not there—they had come for an hour or so and then gone to bed—and he sent another student up to get them. The two poets went down, looked through the door at the party, and thought: nope. They went back upstairs. Trungpa sent his messenger again; Merwin indicated that they would not be roused. Getting angry, Trungpa sent a crowd, telling them to break down the door. Merwin and Naone moved a chest of drawers against the door. “Figures appeared on the balcony, tried the glass door,” Merwin later wrote.

We turned off the lights. Then a long session of alternate and mixed threats and coaxing us to open up, come down, “get it over with”—the overall tone menacing, angry, contemptuous. I said that we didn’t mean to open the door to them; that there were only two of us, and heaven knew how many of them, and that if they did break the door down to come in and get us, I would hurt the first ones in, if I could. There was a case of empty beer bottles in the bathroom, near the door.

This is, in fact, what happened. On Trungpa’s orders, the participants burst through the window in a “glass storm” and broke down the door simultaneously. Merwin, good as his word, wields a broken bottle and “cuts some faces,” as Sanders’ report puts it—faces that later required stitches. Merwin saw the blood pouring down the face of one of his friends, and felt the fight sap out of him. He put down the bottle. The two poets were brought downstairs to Trungpa. Some reports say they were dragged.

Trungpa was drunk; he lectured them. Naone called him and the other participants cowards, fascists, Nazis. Trungpa reportedly lobbied racist accusations against Naone, who is Hawaiian. “You’re oriental; you’re smarter than this. You might be playing slave to this white man but you and I know where it’s at,” he said. Naone wrote that Trungpa kept suggesting that they “had something between us because of our ancestry, which excluded William . . . I felt he was trying to use that as a seductive argument to divide William and me. I told him that he was barking up the wrong tree. Several times we were asked, ‘What’s your secret?’ ‘No secret,’ we said.”

Then, Trungpa wanted them to strip. They refused, and he ordered them to be forcibly stripped by the (usually ceremonial) guards. “[Merwin], who is passive about it, is stripped first,” Marin wrote.

But [Naone] looks around at the onlookers, staring each one in the face for a moment, asking for help. “Someone call the police,” she says. Nobody intervenes. Nobody moves. All watch. Then Trungpa tells his guards to strip [Naone]. She struggles. One of the guards hesitates. Trungpa insists that he continue. The guard proceeds. Now a solitary male witness tries to intervene, to stop it. He is quickly overpowered by the guards, then moved out of the way. Finally both [Merwin] and [Naone] are naked. Trungpa seems satisfied.

At this point, multiple people had reportedly already been stripped by the Vajra guards or had stripped of their own volition. Sanders’s timeline poetically describes each of these incidents as “ecdysis”—”The ecdysis of Persis McMillen,” “The ecdysis of Trungpa, Rinpoche,” The edysis of Jack Niland.” McMillen at least would not have described it so cooly; she was surrounded, stripped, and then hoisted in the air. Afterwards, she ran upstairs, got dressed, and came back to the party.

But at that moment, no one else was naked. Merwin asked why they were the only naked people, and then “every fucking person in the place took their clothes off,” according to Jack Niland, in Sanders’ report. “The music went back on, Rinpoche said ‘let’s dance.'”

The next day, Chögyam Trungpa left a letter in the mailbox of all the seminarians, obliquely offering justifications, though no apology, for the night before. “I have come to the conclusion that we need to break the ice of our personal concealment,” it said. “You must offer your neurosis as a feast to celebrate your entrance into the vajra teachings.”

After a “quiet and polite” meeting with Trungpa, which according to Merwin did not include an apology but did include a promise that there would be no more incidents of that nature, Merwin and Naone decided to stay on to receive the teachings for which they had come. Later, Merwin wrote:

My feelings about Trungpa have been mixed from the start. Admiration, throughout, for his remarkable gifts; and reservations, which developed into profound misgivings, concerning some of his uses of them. I imagine, at least, that I’ve learned some things from him (though maybe not all of them were the things I was “supposed” to learn) and some through him, and I’m grateful to him for those. I wouldn’t encourage anyone to become a student of his. I wish him well.

The whole story is mesmerizing and mythic and uncomfortable, while not being the least bit shocking. As Marin writes, “Power and alcohol go to most men’s heads, and if you raise a man from childhood to believe in his own power, it is not surprising that he sometimes abuses it.” As for the onlookers, “people have an immense capacity for passivity and obedience, and it takes more ego and courage than most of them have to speak out forcefully in a situation where what they believe to be genuine mystical powers stand over and against them.” These words were written in the 70s; they could have been written today. We’ve seen this time and again. It is not specific to this spiritual leader, who I know has also helped and deeply inspired many people, including people in my family. It is not specific to spiritual leaders at all. What I would like to know is this: are there systems of power that do not result in abuse? Are there ways to learn profound teachings from others that do not create gods out of men?

All Hail the Beaver, Mighty Linchpin of the Natural World 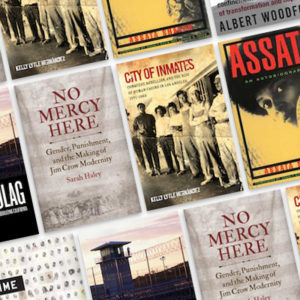 In 2017, the National Book Foundation began the Literature for Justice program to highlight books that contribute to the dialogue...
© LitHub
Back to top