Francesca Marciano on Life in a Quieting City

At first we didn’t notice how the city slowly went quiet. It was as if some strange God had gotten hold of the volume and had been lowering it, imperceptibly, day after day. At first it was just fewer people, fewer cars, empty buses.

Only two weeks ago at the very beginning of the crisis—it feels like a year now—it had started to rain and I was happy to be able to grab a taxi right away. The driver was in a bad mood. “No work! Nobody is going anywhere, no tourists, no cinemas, no restaurants!” I was tired of hearing his complaints, they went on and on, and as soon as there was a silence I heard him cough—very discreetly—and I realized I must be inhaling his germs, trapped as I was in that closed space. So I—very discreetly as well—rolled down the window just enough so that I could breathe fresh air. I remember being embarrassed, but I did it anyway, making sure he didn’t notice. I made a point of not taking a taxi again. We were new to this, and not sure yet how to navigate it.

The following day we did something we hadn’t done since we were children: we went inside the Colosseum, because, for the first time since we could remember, there was no line and we crossed the forums on foot on our way home. There were just a handful of people, and we felt surrounded by an atmosphere of peaceful suspension, as when it snows and everything is wrapped in cotton wool. The ruins were magnificent, standing alone in the empty landscape, as though they were revealed to us for the first time. Rome never looked so beautiful with all its cracks, ruins, and old age. I felt grateful for its resilience to time and wars and catastrophes. I didn’t know yet why I was so moved by that thought then, but I do now.

That same night friends showed up at a restaurant. We had made the date only three days earlier, at a time when we thought the epidemic was just a bad flu, and then (only two days later when it did start getting serious) nobody had dared cancel. We greeted one another hesitantly, again slightly embarrassed to be asking “…no kissing, right?” and we laughed, pretending we didn’t really care, that we were just obeying a new rule we had been told to observe.

Rome never looked so beautiful with all its cracks, ruins, and old age.

It was only later in the evening when I was walking home, after getting a message forwarded from a friend of a friend who works in a hospital that intensive care units in Lombardy were getting swamped, that I realized we might be entering into something unprecedented, out of our control. Suddenly I noticed the only sounds around me were the ambulance sirens.

The next day we woke up to learn that half of the north of the country was on lockdown.

In the evening the lockdown was extended to the whole country.

By then we had been told we needed to keep a meter of distance from everyone else. We haven’t learned how to do this intuitively yet, so we keep measuring the space, pretending to be casual, but we have to estimate centimeters, gauge whether we’re getting too close, dodge each other on the street by doing weird pirouettes in order to avoid brushing one another.

Within 24 hours we learned we could leave the house only for strict necessities, such as buying groceries, or medical reasons, and that we had to download a form, fill in our details, and the exact reason for being out, and carry it with us at all times. Police cars patrol the streets and stop people randomly to make sure they carry the form and are telling the truth. They even ask to see shopping receipts.

Today the government has announced even stricter measures: there’s a ban on running and biking, (parks were closed a week ago) and nobody is allowed to walk any further than a mile and half from their place of residence. Suddenly the only way to see a friend or a relative who lives within that one-mile radius is to make an appointment outside a pharmacy or a supermarket and stand in the long queue of one meter-distanced people masked and gloved. This is how we get to spend a few minutes together: like clandestine lovers walking through the aisles of a supermarket.

Everyone will have longer hair or beards when this is over (gray roots are already showing!), couples will divorce, fewer people than ever will fall in love, some will learn to meditate, start yoga, and many will have a nervous breakdown—everyone will gain weight.

Yesterday I managed to bring my sister half of an orange and almond cake that I had baked for myself. We met on the street both covered in mask and gloves. In order to keep the lawful distance we stretched our arms out toward each other as I passed her the cake. We didn’t know whether to laugh or cry. We laughed, because that’s what we’ve always done and we want to keep it that way.

Francesca Marciano is the author of the novels Rules of the Wild, Casa Rosa, and The End of Manners, and the story collections The Other Language and Animal Spirit, which Pantheon published in June. She lives in Rome. 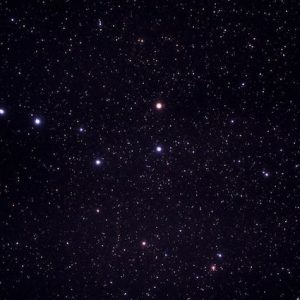 Before I was a writer, before I stared at an unfonted screen, before I grew to like/then hate/then like again the blue bubbles...
© LitHub
Back to top