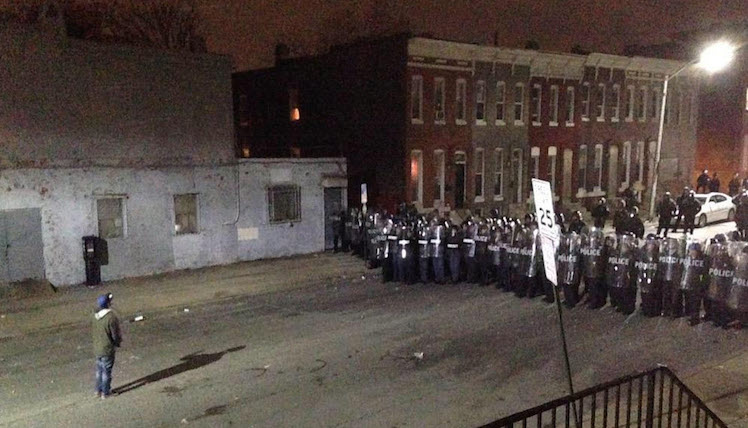 The Morning After His Family Buried Freddie Gray

A Baltimore Neighborhood In the Wake of a Funeral

A white van chugged and sputtered along Sefton Avenue in Baltimore City, through dark and into dawn, and from its open window flew the Sun, folded into plastic bags, to land on paved driveways and damp, new-mown grass.

On Sefton Avenue that morning, Joyce woke in her bed when Rex, the cat, batted her nose with his paw and drew blood. She pushed him away—that fur ball who needs and hurts her—tugged on jeans and a tee, filled her pockets with biscuits for neighborhood dogs, and stepped outside to her front porch. The city was still here. She fired up a cigarette, one more in a habit of five decades, started when she was just a dumb kid growing up on the East Side.

Across the street, young rabbits chewed grass and weeds in Scotty’s backyard, unmolested because Scotty and his dog left three years ago, and the house has sat empty ever since. A breeze lifted the American flag raised on a pole in front of Bert’s house. It carried pollen a few doors down, where in his bathroom Michael swallowed black coffee along with an allergy pill and another for blood pressure.

On the morning after Freddie Gray went into the earth, with his white shirt cuffs buttoned and his blue tie knotted, water leaked onto Sefton Avenue from a drainage pipe and dribbled along the gutter toward the city drain. Tulips opened. Michael carried two yellow barrels full of recyclables to the curb. An old dog barked once. If the air still carried the scent of last night’s smoke and char, that was on another block. On Sefton Avenue, there hadn’t been a fire since Bobby set his house aflame, trying to get warm after the power company shut him down. Another empty, with him in rehab. The rabbits eat his grass, too.

Antoinette’s girls prettied themselves for school. Sheri scraped her car bumper backing from the driveway into the street, the start of her commute. The night before, kids with broken lives had smashed windows and thrown bricks. Now, the morning after, public works trucks still came to Sefton Avenue, and men with gloved hands collected glass, paper, and plastic—castoffs to be salvaged and made new.

Michael Downs is the author of House of Good Hope: A Promise for a Broken City, and of the story collection The Greatest Show. He lives in Baltimore. 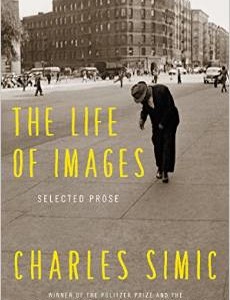 Sadness and good food are incompatible. The old sages knew that wine lets the tongue loose, but one can grow melancholy with...
© LitHub
Back to top