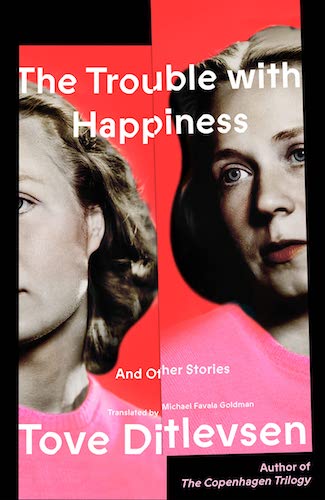 The following short story is excerpted from Tove Ditlevsen's newly-translated short story collection, The Trouble with Happiness. Ditlevsen (1917-1976) was born in a working-class neighborhood in Copenhagen. Her books include the Copenhagen Trilogy, amongst many others. Goldman is a poet, a jazz clarinetist, and a widely published translator of Danish literature. Among his ten translated books are The Water Farm Trilogy, Farming Dreams, and Selected Poems of Benny Andersen.

“Stay with me, nose,” muttered the remains of her voice, and with the resigned sniffle of a cold, the now highly dignified excrescence turned begrudgingly back in her direction. From now on it would live in the inextinguishable hope of taking her skeleton and skin too, all that was left.

But it never happened, now that anxiety and happiness had left her, along with her desire for the eyes. It would never happen, now that she was inhaling the whole person without difficulty. Now that it was possible, since it had swallowed so much of her. Most of life had passed. The music was audible again, and they danced better than before and without fatigue. Below the ice lay her abandoned method, completely covered by his, suffocated by it.

People said they were the happiest married couple they knew.

Excerpted from The Trouble with Happiness: And Other Stories by Tove Ditlevsen. Published by Farrar, Straus, and Giroux.  Copyright © 1952, 1963 by Tove Ditlevsen & Hasselbalch, Copenhagen. Translation copyright © 2022 by Michael Favala Goldman. All rights reserved. 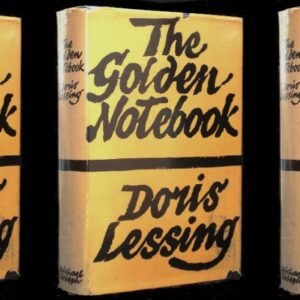