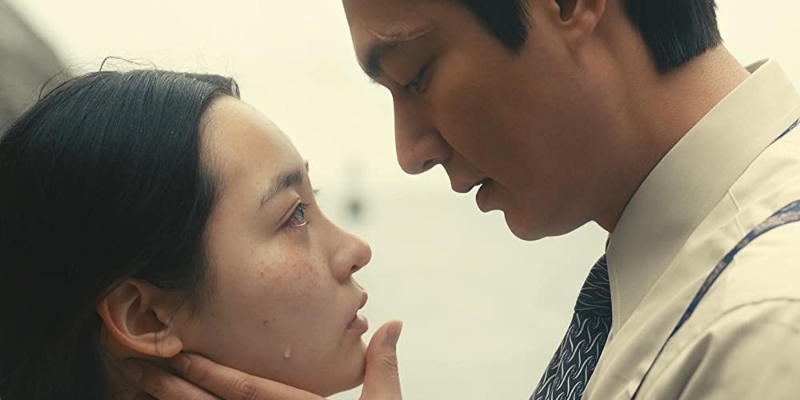 The Many Forms of Love in Pachinko

Based on Min Jin Lee’s eponymous bestselling novel, Apple TV’s new series Pachinko is a curious reverse export product in a post-Squid Game era. Produced and directed by Korean Americans, it is about Korea but not of Korea. Will it appeal to audiences who have come to love propulsive K-dramas? And will it be more Hollywood or Hallyu?

Visually and narratively, Pachinko is both—and it triumphs in parts where it leans into the power of Korean storytelling. At a recent event for my novel, Beasts of a Little Land, a reader asked me why K-dramas are so popular around the globe. I answered that Korean storytelling is focused on creating flawed but relatable characters who are thrown into high-stakes conflicts. But my conversation partner, Caroline Kim (author of The Prince of Mournful Thoughts), put it best: “Koreans are very emotional. In fact, they can be sentimental—and that’s not a bad thing.” After all, “sentimentality” is often just intense emotionality viewed through a cynical lens; and it’s this absence of irony that makes many Korean stories so poignant and compelling.

In Pachinko, that emotional raison d’être is love in its many forms. The first is soonjeong, a distinctly Korean concept that translates to pure love. It often refers to the rosy blush of adolescent love, but it can also apply to the chivalrous love that an otherwise hardened man saves deep in his heart for his first sweetheart. It’s the soonjeong between Koh Hansu and Sunja that sets the series into motion.

To all those K-drama fans who have been losing sleep over this, I’m happy to report that South Korean star Lee Minho fits the role of a dangerous but alluring gangster as perfectly as the pristine white suit fits his tall, lean physique. At a Busan fish market in 1932, he lays his smoldering eyes on Sunja (beautifully portrayed by Kim Minha), who shines with refreshing innocence. From that moment, we know this could only mean trouble—but the attraction between them is so natural and believable that we can’t help but wish for trouble. Soon, Sunja is left pregnant and alone in the aftermath.

Flashing forward to 1989 in Tokyo, we see another soonjeong of a conflicted man: Sunja’s grandson Solomon (Jin Ha), an investment banker who returns to Japan to win a promotion. He struggles to find his long-lost first love, Hana, who happens to be his common-law stepsister (his father’s girlfriend’s daughter). While this pair’s soonjeong doesn’t appeal as much as that between Hansu and Sunja, it bestows Solomon with much-needed tenderness as he ricochets between his ambition and integrity.

Korean has distinct words for “motherly love” (moseongae) and “fatherly love” (buseongae), and if the romantic soonjeong is the engine that moves the series forward, the love of a parent is its heart. The series expands upon some of the most touching of these in the book, such as Hoonie’s love for his daughter Sunja. In one scene created for the series, they go to the sea, where Sunja practices diving. Waiting on the beach, Hoonie tries to hold his breath for as long as his daughter is underwater, as if sharing that physical labor can lessen the danger for her. In these scenes of parental love—showing Hoonie and Sunja, Hansu and Hansu’s father (also a series creation), and Isak (Sunja’s eventual husband) with Noa (their son)—Pachinko truly soars, like the aerial shots that glide over colonial Busan and oppressive Osaka, somehow deriving breathtaking beauty out of the brutal reality.

If the romantic soonjeong is the engine that moves the series forward, the love of a parent is its heart.

These moments were so resonant that I found myself regretful at some missteps of pacing. Series creator Soo Hugh made a bold choice to alternate between the past and the “present” of 1989, eschewing the cascading chronological flow of the book. Initially, it breathes life into the narrative, especially since Jin Ha is so magnetic as Solomon that it would be a shame to have to wait until the last few episodes to see him. (Columbia-educated Jin Ha delivers an astonishing Gyeongsang-dialect-inflected Korean as well as Japanese in multiple dialects, all while making a bubble-economy investment banker look sympathetic as a human being. It is no small feat.)

But the heavy-handed splicing of past and present sometimes leads to disorienting whiplash and creates false equivalencies. In some cases—like Sunja’s Osaka-bound ship, where a glamorous singer protests the Japanese to gory results, which alternates with Solomon’s real-estate contract signing that would cinch his promotion—it feels like crescendoing distress without justifiable narrative payoff.

The most jarring is how Solomon’s story ends in the first season (of a planned four-season series). His last choice is so ruthless against an old Korean Japanese (Zainichi) woman, it seems to negate his season-long character arc. Within minutes of Solomon’s betrayal, the episode concludes and is followed by documentary footage of elderly Zainichi women who were interviewed for the making of Pachinko.

On a more meta level outside narrative logic, Solomon’s moral failing (which diverges significantly from the book) is a disservice to these women who, the caption helpfully reminds us, “endured.” If this choice was made to enable a new plotline for the next season, it unfortunately doesn’t provide the thrills and forward momentum of a cliffhanger—only disillusionment with one of the most appealing characters in both the series and the book.

Despite this disappointment, Pachinko is undeniably a must-watch. The heartfelt performance by a sensational cast, including the Academy-winning Youn Yuh-jung as older Sunja, is itself worth the price of admission; but it’s also a timeless story of love and grace. As Hoonie tells his wife, “It was another man’s [a stranger’s] kindness. She needs to know there is [such] a thing as kindness in this world. She will grow stronger for it.” The world may be full of suffering, but its negative space is made of all the invisible acts of kindness, affection, and love that enable us to endure. It is this spirit that makes Pachinko a rewarding adaptation of a Great American Novel.

Juhea Kim is an author, advocate, and editor of Peaceful Dumpling, a sustainable online magazine. Her bestselling debut novel Beasts of a Little Land was named a Best Book of 2021 by Harper's Bazaar, Real Simple, Ms., and Portland Monthly. It will be published around the world in 2022. www.juheakim.com 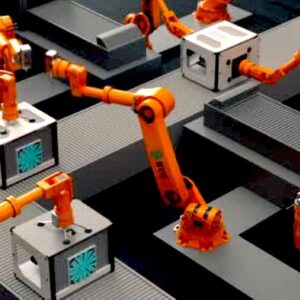 It’s one of the most absurd ironies of our neoliberal age. Having looted the public realm over the last half century in the name...
© LitHub
Back to top