The Many Faces of Sylvia Plath

In Focusing Too Much on Her Death, We Miss Her Capacity for Life

In a letter to her brother Warren—that appears in the first of two volumes of The Letters of Sylvia Plath—Sylvia Plath writes of her mother: “She can’t take big problems or excitements without staying awake all night, and so our main responsibility is to give her the illusion (only now it hardly seems like an illusion) that we are happy and successful and independent.” Plath’s mother, Aurelia, published the only other version of her letters, in 1975, and her daughter’s entreaty was excised in the version of this letter made public, until now.

My first reading of The Bell Jar was not memorable; in fact, although I know I read it because my copy contains markings in my younger hand, I don’t remember reading it for my first time. But when I was in college a friend pulled out her Unabridged Journals in the dining hall and proceeded to read to me a strange, gorgeous passage populated with miniscule stars, finished by “you’ve already wasted two hours writing stream-of-consciousness stuff in here when really your stream isn’t even much to brag about, after all” and Plath’s doodled end mark. That moment I remember. It was her joy that hooked me. I was sucked into her Journals, the way they revealed the complexities of a woman my age: how many humiliations she faced on a daily basis, the deep-seated and at times inflated sense of self-worth she used to combat these rejections, the way they made me feel like I wasn’t too intense, or too hungry, or too wordy, or too confused, or too excited, or too sad. Because she was too.

But prior to reading them, my perception of her was one that dominates public consciousness: the doomed poet who stuck her head in an oven while her children slept in the room next door. Physically, the Journals are heavy, and the text is small. On the cover, colors range from black to a golden-gray to a cream color, shades of gray indicating it as one of the few sources that reveal Plath in her typewritten nuance.

2017 has been an important year for Plath fans, marked by the discovery of two new Plath poems and formerly obscured letters that indicate domestic abuse at the hand of Ted Hughes, as well as an exhibit on her visual personas at the National Portrait Gallery in Washington, which will be running until May 2018. Given our age of digitally-modified self-portraits, and the facets of our identities the codes of each medium elicit—the self-deprecating honesty of Snapchat, the sparse and aesthetic and envy-inducing Instagram—it makes sense that we are fixated on Plath’s fluctuating presentations of her identity.

But in Plath’s case, these variations point to darker impulses. The performance of a false self, the “illusion,” that Plath outlines in the letter to her brother is what Alice Miller, whose seminal book, The Drama of the Gifted Child, attributes to Plath’s suicide. Miller’s gifted child is not gifted in the realm of conventional talent—as in, artistic talent or academic ability—but is rather particularly attuned to the needs of others. Her theory outlines a narcissistic parent-child relationship in which a parent uses their child as a mirror to affirm the parent’s own self, inducing in the child a development of identity dependent on disguising their own feelings and needs in favor of the parent’s. In healthy relationships, this dynamic is reversed. The gifted child must hide what Miller deems the true self behind a mask, in favor of reflecting a false self.

Though the 1975 Letters Home, in which, as Belinda McKeon points out, Plath “endeavored to cast an intensely positive, high-achieving glow on her experiences, writing her life up like a progress report, making sure to thank her generous sponsors,” become a bit tiresome in their pollyannaish optimism, the Journals show a different story; in them, she routinely expresses her hatred of her mother. Miller argues that “we can learn,” in looking at this false self Plath constructed for her mother, “what suicide really is: the only possible way to express the true self—at the expense of life itself.” I am not a psychologist and the reasons for Plath’s suicide are too complex for any literature scholar to diagnose, but the idea of a false self is one that Plath grappled with throughout her writing life, and one that constructed Plath’s poetry, fiction, and criticism.

There are glimmers of this interest in Plath’s earliest work. Her undergraduate thesis, “The Magic Mirror: A Study of the Double in Two of Dostoevsky’s Novels,” argues that both Ivan Karamazov, of The Brothers Karamazov, and Yakov Golyadkin, of The Double, have “attempted to exclude some vital part of their personalities in hopes of recovering their integrity. This simple solution, however, is a false one, for the repressed characteristics return to haunt them in the form of their Doubles.” She writes that the Double, or repressed self, often “assumes the evil or repressed characteristics of its master and becomes an ape or shadow which presages destruction and death.” After the true self is revealed, the false self seeks to hide from it, before wishing for death.

And in early drafts of The Bell Jar, Plath explicitly reveals the anxiety of a repressed self that pervades the novel in more subtle forms. In a passage that Plath ultimately excised, Esther recounts to herself,

I could never be a nurse. The idea of noble service to the sick and the injured and the crippled and all the aborted monsters hidden darkly away in public or private brick buildings has always appealed to me, but when it comes to the test I turn my back. They disgust me so profoundly I lose my humanity.

She then expresses how she wants to extinguish them like vermin, that they make her feel as though she is peering into a demonic mirror that reveals the reality behind her mask. That the passage so starkly lays bare the polarities haunting Esther throughout the novel—the repressed demons she longs to destroy because of the terrifying self-reflection they provoke—is perhaps what led to its removal.

Plath’s Journals illustrate this tension, as well. In October 1957, she wrote a “Letter to a demon,” in which she says, “I have a good self, that loves skies, hills, ideas, tasty meals, bright colors. My demon would murder this self by demanding it be a paragon, and saying it should run away if it is being anything less… So: a stoic face. A position of irony, of double-vision.” The in-between space is what characterizes Plath’s work. And I think our cultural hang-up with Plath’s suicide is linked to the difficulty of reconciling all of these complexities and personas, a desire to write her off, therefore absolving us from having to reckon with the many contradictions she confronts in her fiction and poetry.

My concern with writing on true and false selves in Plath’s work is that it gives attention to her suicide, which already dominates the conversation around Plath. When I went to Plath’s archives at Smith College, her alma mater, I discussed this with Karen Kukil, the editor of her Journals, co-editor of her new book of letters, and curator of the Mortimer Rare Book Room, where Plath’s papers reside.

We went for lunch that day, and as we climbed and slid over the crunchy dirty snow in the dim afternoon light of mid-January Northampton, we talked about the feeling of dissonance that arises when caught in a conversation about Plath, like when, at an awkward academic reception, someone asked me what I was writing my master’s thesis on, and my answer—Plath—was met with the statement, “I should call your gas company.” Or the play Plath., which paints her as a flat depressive, devoid of the energy and joy and color that led me to love her. It isn’t the Plath we know. Public emphasis on the darker self so often overshadows the lust for life Sylvia expresses in her Journals, her voracious appetite for food and people and sex and travel, her relentless drive for self-actualization, the constant begging: “Nothing is real except the present, and already, I feel the weight of centuries smothering me. Some girl a hundred years ago once lived as I do. And she is dead. I am the present, but I know I, too, will pass. The high moment, the burning flash, come and are gone, continuous quicksand. And I don’t want to die.”

She was all of the things, and she can be all of the things. She was resilient, and she was sensitive, and she was ambitious, and she was a perfectionist, and she had flaws. Her Journals show an ability to reach—and capture—an ecstasy I had never seen on the page as a college student. That is what drew me back to her. For all of the sadness accompanying the facets of Sylvia Plath’s life and work that have been obscured—the burned journals at Hughes’ hand, the edited letters at her mother’s, by the public focus on her as a tragic figure, and even by her own complex masking of herself—there is an upside: over 50 years after her death, we have layers of her unfolding before our eyes; we are still getting to know her.

Kelly Coyne has written for The Atlantic, The Los Angeles Review of Books, and The Millions. 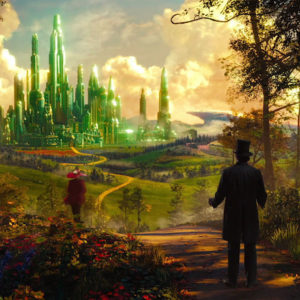 Yellow Oscar Wilde was arrested outside the Cadogan Hotel in London in April 1895. The following day the Westminster Gazette...
© LitHub
Back to top