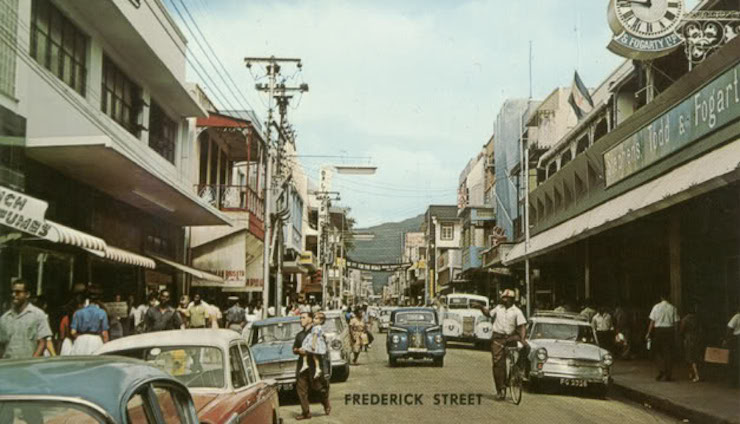 The Literary Caribbean, From BOCAS to Brooklyn

After ten days in Port of Spain, Trinidad at the BOCAS Lit Fest and Alice Yard this May, I needed a lot of sleep. Trinidadians like to fête, and many have the rare gift of being able to lime (hang out) hard at night, and go to work the next morning with little effect from the previous evening’s revelry. No surprise then that BOCAS Lit Fest was unlike any literary festival I ever attended, a refreshing mix of panels, readings, film screenings, and parties alongside informal debates on the state of Caribbean writing and publishing.

As a writer and confessed book geek with a crush on Caribbean literature, BOCAS was a dream come true. Here were my literary idols come alive and off the bookshelf. Over there was a crew of West Indian speculative fiction writers—veterans Nalo Hopkinson, Karen Lord, and Tobias Buckell in conversation with Trinidadian sci-fi writer RSA Garcia. Shivanee Ramlochan, whose book blog I’d been maco-ing (spying on) for some time, managed to be everywhere interviewing poets and writers with a freshness that belied the fact she’d been working on the festival practically nonstop and has her own poetry manuscript brewing. I had lunch with Guyanese writer Fred D’Aguiar before I fell for his novel set in Jonestown, Children of Paradise. Legendary dub poet Linton Kwesi Johnson, who I’d heard read for the first time in New York City a few months before, eyed me from across the room.

In the basement of the Port of Spain Library, I watched films about beloved Caribbean writers who lived in Canada—Olive Senior, whose stories I read with a borrowed JStor login when I was a pup writer, before I could afford to invest in literary journals, Shani Mootoo, whose Cereus Blooms at Night inhabited my literal and figurative dreams in my early twenties. Now, these women writers were live and direct, and I was making a fool of myself with introductions that invariably began with “I’m such a huge fan of your work.” Luckily, the screening room was dark enough that no one could see me blushing at having a conversation with Nalo Hopkinson, whose books display sensual, queer, imaginative writing with a decidedly West Indian swagger. Fortunately, Barbadian sci-fi writer Karen Lord didn’t remember our embarrassing encounter at the Brooklyn Book Festival soon after Redemption in Indigo was published. I was astonished that I could get any words out at all given that she was the first writer from Barbados I’d ever met besides the iconic Paule Marshall. It meant a lot to me, which meant I fumbled it, but she was kind enough to forget.

I unlocked a new level of achievement on Sunday night of the festival when I joined revelers at the home of legendary Trinidadian writer Earl Lovelace. Lovelace’s The Wine of Astonishment, a novel about the struggle of Trinidad’s Spiritual Baptist community to worship openly, is one I refer to regularly as I write about the role of religiosity in the Caribbean and its diaspora. I tried to tell Mr. Lovelace what his work meant to me, but I bumbled through that, and settled for an evening lifted above lush greenery that stretched further than my eye could see. Lovelace and I even shared a dance. I’ll never forget being happily drenched after soca dancing alongside Jamaican poet Kei Miller and Caribbeanist scholar Kelly Baker Josephs or the conversation about Caribbean artists that followed in the car ride home during the small hours of morning.

What is Port of Spain if not a collection of aggressive drivers, doubles and roti stands, and people with a taste for food, stories, and laughter so acute that you can’t help but lighten up, listen in, and sit down for a lime with a bottle of Shandy or Carib beer in your hand and the long night ahead of you? At BOCAS and Alice Yard, where I was in residence during and after the festival, I found myself filled to overflowing with a heady mix of rich conversation and ribaldry of the best kind. I left Trinidad with a deep tan, sore feet, and a tired body bloated by alcohol and spicy food.

For me, the greatest gift of the festival was opening my eyes and ears to the work of fellow writers living in and writing from the Caribbean. Before the festival, my literary worldview was overly focused on New York and the Anglophone Caribbean. My knowledge of the field was limited to writers whose work I admired or had been fortunate enough to meet Stateside—Jamaica Kincaid, Marlon James, Tiphanie Yanique, Edwidge Danticat, Lauren Francis Sharma, Stephen Narain. During the festival, I became aware of the robust, occasionally rancorous community of Caribbean writers based in the Caribbean and its diaspora. I made new writer friends whose lives are inflected by our shared Caribbean heritage but made different by our respective educations, geographies, genders, ages, privileges, and so on. I came home with a tote bag brimming with new books by Caribbean writers, including four launched on the last day of the Festival by Sharon Millar, Andre Bagoo, Rhoda Bharath and Lisa Allen-Agostini. After reading Lisa Allen-Agostini’s byline for many years in Caribbean Beat magazine, it was a special treat to meet her finally in Trinidad.

BOCAS was a landmark literary event that marked my induction into Caribbean letters. It was the place where I read for the first time in the Caribbean from my debut novel, The Star Side of Bird Hill, on a panel moderated by fellow Iowa Writers’ Workshop alum Stephen Narain, who’d been raving to me about BOCAS for years. I was nervous, my voice was shaky, and I was wearing a skirt that was too short for my perch on the elevated stage. Still, it meant something to premiere the book in a place that felt like home, with all the levity, forthrightness, seriousness and rigorous intellectual engagement that I’ve come to expect from Caribbean readers and audiences.

I knew the trip would be different from what I’d expected when I shared a cab ride from the airport with Johnny Temple, editor of Akashic Books. Having read every book Akashic had ever published featuring Caribbean writers, it was hard to say anything other than “Oh!” when I realized that Johnny was that Johnny. And then I got heckled by Peepal Tree’s Jeremy Poynting in the green room. He asked me why I was still making changes to the advance copy of my novel minutes before the panel on which I was scheduled to appear. “Didn’t you have a editor?” Poynting pointedly asked. “Yes,” I responded, although I didn’t know then that I’d still be making changes to my copy of the book after it was published, and still do each time I read from it.

I was thrilled to hear that BOCAS will head to Brooklyn for its third appearance at the Brooklyn Book Festival this week. On September 17, BOCAS will host a celebration of Caribbean poetry with a reading at Park Slope’s Old Stone House, “The Word’s Fresh: BOCAS presents New Caribbean Poets.” The evening will feature Vladimir Lucien, St. Lucian poet and winner of the 2015 OCM BOCAS Lit Fest Prize for Sounding Ground, and Tiphanie Yanique, author of an acclaimed story collection and novel, as well as a forthcoming poetry collection, Wife. Danielle Boodoo-Fortuné and Sassy Ross, emerging writers whose work is anthologized in Coming Up Hot: Eight New Caribbean Poets, will read as well. Stalwart BOCAS Lit Fest organizer Nicholas Laughlin, fresh off the heels of publishing his own collection, The Strange Years of My Life, will moderate what’s sure to be a lively session.

So, what’s next for me? First up: Brooklyn Book Festival. My dream travel schedule for next spring: BOCAS Lit Fest 2016 in Trinidad, Bim Lit Fest in Barbados, Calabash in Jamaica, and the Caribbean Studies Association in Haiti. Am I at risk of becoming a festival junkie? Certainly. There are worse addictions. 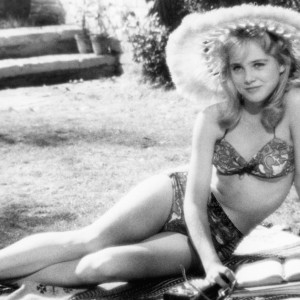 It is a fact universally acknowledged that Vladimir Nabokov is a genius. His stylistic brilliance, the intricacy of his post-modern...
© LitHub
Back to top