The Life and Legacy of Bharati Mukherjee

When India-native Bharati Mukherjee was 11 years old, an astrologer prophesied she would move across the ocean, marry a blue-eyed foreigner, and die between July 2003 and July 2004 at the age of 63, surpassing the average life expectancy for Indians in the early 1950s by more than 25 years. The extended length of her life was a joyous discovery, and she took it to heart. “I have always paced myself with the year of my own death in mind,” she wrote in 2003 in an essay entitled, “Destiny’s Child.”

Mukherjee need not have worried. In a writing career spanning five decades, she authored over a dozen books, both fiction and nonfiction, and outlived the astrologer’s prediction by 13 years. She died in New York on January 28, at the age of 76, her blue-eyed foreign husband, writer Clark Blaise, by her side.

Born and primarily raised in Kolkata (then Calcutta), Mukherjee is arguably the matriarch of Indian-American literature. She arrived in the United States to study at the Iowa Writers Workshop in 1961, four years ahead of the Immigration and Nationality Act of 1965, which abolished harsh quotas on Asian immigrants. In her new country, she set about penning stories about immigration, assimilation, and the challenges of straddling lands and cultures. Her first novel, Tiger’s Daughter, was published in 1972.

Mukherjee’s characters were as flawed as they come. They fail, spectacularly so, in their attempts to seamlessly blend their multiple identities. They are hellbent on escaping their destinies. Wives have multiple affairs and rebel against social norms both in India and in America. Husbands are killed or maimed. Her writing is raw, honest, and routinely critiques the ideals of the “American Dream.” Like Shirley Jackson, Mukerjee could pen brutality as effortlessly as serene domesticity.

In the short, tight sentences of her early work, she meticulously examines the nuances of displacement, revenge, grief and redemption. In Wife, published in 1975, Dimple Dasgupta enters an arranged marriage with a passive-aggressive engineer whose constant verbal abuse eventually leads to her undoing. “She wondered if minor irritations accumulated over decades could erupt in the kind of violence she read about in the papers.” In “The Management of Grief,” from the book The Middleman and Other Stories, which won the National Book Critics Circle award in fiction in 1988, a mother copes with losing her two sons in a terrorist attack. “We who stayed out of politics and came halfway around the world to avoid religious and political feuding have been the first in the New World to die from it. I know longer know what we started, nor how to complete it.”

Her seminal novel Jasmine opens with an astrologer’s prediction that then 7-year-old Jyoti will be a widow by age 17. When the prophesy is realized, Jyoti flees her small village in Punjab, reinvents herself in America as Jasmine, Jazzy, Jase, and eventually Jane, and comes to realize that the American dream is no more than a mirage. “We arrive so eager to learn, to adjust, to participate, only to find the monuments are plastic, agreements are annulled. Nothing is forever, nothing is so terrible, or so wonderful, that it won’t disintegrate.”

Later novels like Leave It to Me, Desirable Daughters, and its sequel, The Tree Bride, explore caste, class, and colonialism in its myriad forms. Tara Chatterjee in The Tree Bride, finds herself returning to the subcontinent in a reverse migration to solve a mystery involving one of her ancestors and to contemplate the link between the tragedies of the past and the choices she makes in the present. “At the center of consciousness is a zero; at the extremities, infinity. The universe collapses and expands in fifty-two billion-year cycles—which seems about right—and has been creating and destroying itself forever, life recomposing itself endlessly around the cores of collapsing stars.”

It is this kind of cycle, of collapsing and recomposing, that captures most acutely the immigrant experience Mukherjee so nimbly illuminated in her body of work. “I need to feel like a part of the community I have adopted,” she wrote in her seminal essay, “Two Ways to Belong in America.” “I need to put roots down.” 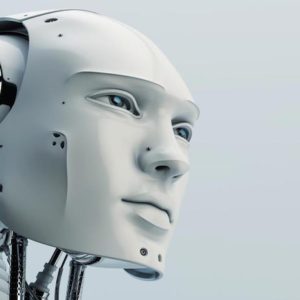 On the eve of the 20th century, an obscure Russian man who had refused to publish any of his works began to finalize his ideas...
© LitHub
Back to top