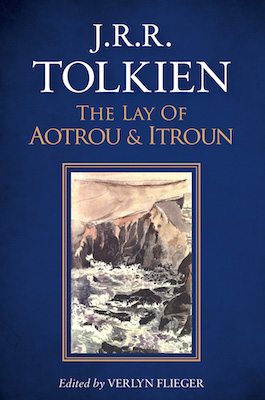 The following is from J.R.R. Tolkien’s epic poem, "The Lay of Aotrou and Itroun," originally written in 1930. It tells of a childless Breton Lord and Lady (the ‘Aotrou’ and ‘Itroun’ of the title) and the tragedy that befalls them when Aotrou seeks to remedy their situation with the aid of a magic potion obtained from a corrigan, or malevolent fairy. J.R.R. Tolkien is the creator of Middle Earth and the author of The Hobbit and Lord of the Rings.

There stands a ruined toft now green
where lords and ladies once were seen,
where towers were piled above the trees
and watchmen scanned the sailing seas.
Of old a lord in archéd hall
with standing stones yet grey and tall
there dwelt, till dark his doom befell,
as still the Briton harpers tell.

No child he had his house to cheer,
to fill his courts with laughter clear;
though wife he wooed and wed with ring,
who love to board and bed did bring,
his pride was empty, vain his hoard,
without an heir to land and sword.

Thus pondering oft at night awake
his darkened mind would visions make
of lonely age and death; his tomb
unkept, while strangers in his room
with other names and other shields
were masters of his halls and fields.
Thus counsel cold he took at last;
his hope from light to darkness passed.

A witch there was, who webs could weave
to snare the heart and wits to reave,
who span dark spells with spider-craft,
and as she span she softly laughed;
a drink she brewed of strength and dread
to bind the quick and stir the dead.
In a cave she housed where winging bats
their harbour sought, and owls and cats
from hunting came with mournful cries,
night-stalking near with needle eyes.
In the homeless hills was her hollow dale,
black was its bowl, its brink was pale;
there silent on a seat of stone
before her cave she sat alone.
Dark was her door, and few there came,
whether man, or beast that man doth tame.

In Britain’s land beyond the waves
are stony hills and stony caves;
the wind blows ever over hills
and hollow caves with wailing fills.

The sun was fallen low and red,
behind the hills the day was dead,
and in the valley formless lay
the misty shadows long and grey.
Alone between the dark and light
there rode into the mouth of night
the Briton lord, and creeping fear
about him closed. Dismounting near
he slowly then with lagging feet
went halting to the stony seat.
His words came faltering on the wind,
while silent sat the crone and grinned.
Few words he needed; for her eyes
were dark and piercing, filled with lies,
yet needle-keen all lies to probe.
He shuddered in his sable robe.
His name she knew, his need, his thought,
the hunger that thither him had brought;
while yet he spoke she laughed aloud,
and rose and nodded; head she bowed,
and stooped into her darkening cave,
like ghost returning to the grave.
Thence swift she came. In his hand she laid
a phial of glass so fairly made
’twas wonder in that houseless place
to see its cold and gleaming grace;
and therewithin a philter lay
as pale as water thin and grey
that spills from stony fountains frore
in hollow pools in caverns hoar.

He thanked her, trembling, offering gold
to withered fingers shrunk and old.
The thanks she took not, nor the fee,
but laughing croaked: ‘Nay, we shall see!
Let thanks abide till thanks be earned!
Such potions oft, men say, have burned
the heart and brain, or else are nought,
only cold water dearly bought.
Such lies you shall not tell of me;
Till it is earned I’ ll have no fee.
But we shall meet again one day,
and rich reward then you shall pay,
what e’er I ask: it may be gold,
it may be other wealth you hold.’

In Britain ways are wild and long,
and woods are dark with danger strong;
and sound of seas is in the leaves,
and wonder walks the forest-eaves.

The way was long, the woods were dark;
at last the lord beheld the spark
of living light from window high,
and knew his halls and towers were nigh.
At last he slept in weary sleep
beside his wife, and dreaming deep,
he walked with children yet unborn
in gardens fair, until the morn
came slowly through the windows tall,
and shadows moved across the wall.

Then sprang the day with weather fair,
for windy rain had washed the air,
and blue and cloudless, clean and high,
above the hills was arched the sky,
and foaming in the northern breeze
beneath the sky there shone the seas.
Arising then to greet the sun,
and day with a new thought begun,
that lord in guise of joy him clad,
and masked his mind in manner glad;
his mouth unwonted laughter used
and words of mirth. He oft had mused,
walking alone with furrowed brow;
a feast he bade prepare him now.
And ‘Itroun mine,’ he said, ‘my life,
’tis long that thou hast been my wife.
Too swiftly by in love do slip
our gentle years, and as a ship
returns to port, we soon shall find
once more that day of spring we mind,
when we were wed, and bells were rung.
But still we love, and still are young:
A merry feast we’ll make this year,
and there shall come no sigh nor tear;
and we will feign our love begun
in joy anew, anew to run
down happy paths – and yet, maybe,
we’ll pray that this year we may see
our heart’s desire more quick draw nigh
than yet we have seen it, thou and I;
for virtue is in hope and prayer.’
So spake he gravely, seeming-fair.

Excerpted from The Lay of Aotrou and Itroun by J.R.R Tolkien. Copyright © 2017 by J.R.R. Tolkien. Used by permission of Houghton Mifflin Harcourt Publishing Company. All rights reserved. 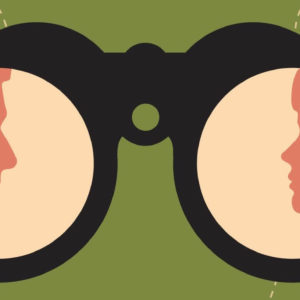