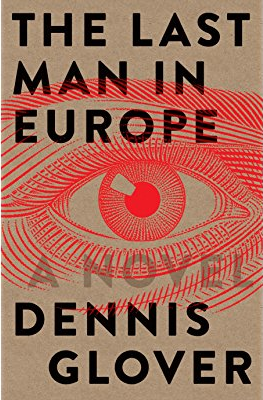 The following is from Dennis Glover’s novel, The Last Man in Europe. Dennis Glover explores the creation of Orwell’s classic work, which for millions of readers worldwide defined the twentieth century, and is now again proving its unnerving relevance. Dennis Glover has worked for two decades as an academic, newspaper columnist, political adviser, and speechwriter. He is the author of The Art of Great Speeches, Orwell’s Australia, and more.

Greenwich, July 1944. The sirens sounded once more, and the drum roll of the distant barrages resumed, getting louder as the firing crept closer and closer. When its moment in the symphony arrived, the battery of 3.7s in the park opposite opened up, rattling the walls and windows and sending little showers of plaster dust falling to the floor. Incredibly, the new baby slept through it. Orwell turned to Eileen and whispered, ‘They’re conditioned to it in the womb nowadays.’

They had named him Ricky, short for Richard Horatio Blair. The first name after his friend Sir Richard Rees, the middle one after the only English hero not automatically taken for a Tory. He’d always secretly admired old Nelson up on that plinth in Trafalgar Square, facing down Britain’s enemies. If only, he thought, Churchill had been a socialist. The boy was a war orphan, left to some unfortunate girl by a Canadian soldier now presumably trembling in a foxhole in Normandy.

He got up and stuck his head out the open window. It was a foolish act, certainly, but if a doodlebug were to hit the house, what would it matter? The rapid-fire flashes of the anti-aircraft battery lit up the streetscape. Here was the world the boy would inherit, with its bomb-chipped footpaths, boarded windows, empty lots and hastily filled craters. His mind went to Wells’ glittering, antiseptic world of glass, steel and snow-white concrete. Yes, he had been right about H.G.

Through the blasts and the whining of night-fighters they could hear the terrifying purring of a pulse-jet engine. Around fifty of the rocket bombs were being launched every day, with about half making it through the coastal defences to drop on the city’s terrified people. ‘Don’t let it stop,’ he prayed. ‘Let the engine die out only when it’s well past.’ When it did go silent, Eileen hugged him tightly and braced for the explosion, which was nearer than any they had experienced before. ‘Always going clean over us,’ he whispered, conscious the baby was still sleeping.

‘Oh, I can tell. When they’re getting really close, your heart beats faster. Never fails.’

‘Like the Cockneys say, at least you can hear doodlebugs coming and dive under the table before they hit.’

‘No, but we’ll be looking back fondly on the old doodlebug one day. The next weapon won’t give as much warning.’

Shrapnel from spent anti-aircraft rounds tinkled onto the roof above their bed. Ricky began to cry.

‘The class of ’64 has woken up,’ Eileen said. They weren’t going to get back to sleep in a hurry.

He got up and brought Ricky back to her, picking up the bottle of milk that was still warm from the summer heat. It had been a trial trying to find a plastic teat – anything made from war materials like rubber was impossible to buy. The ack-ack started rolling towards London again.

‘Darling, what sort of world is our little boy going to inherit?’ She pressed the baby to her chest and began feeding while he tenderly rubbed the boy’s cheek with the back of his index finger, putting his other arm around her back as they sat up in bed. Richard’s arrival had brought them closer together, and his affairs had stopped, especially after the frightful row over his secretary Sally McEwan. And as far as he could tell, she too was no longer straying.

‘That depends, I suppose, on us. What we do and what sort of world we leave him.’

‘He won’t be our age until the 1980s. Seems like forever. At least this war will be well over by then, I suppose.’

‘He deserves a better life than we’ve had, doesn’t he?’ He thought of the shabbiness and drudgery of their lives. This far into the war, all but the wealthiest Londoners had taken to patching their clothes and eating cabbage. He thought he could see ceiling dust in the pores of Eileen’s skin. Somewhere across London another doodlebug hit the ground with a dull thud.

‘We should take him to the country. A little farm cottage, with a wood fire and a vegetable garden and roses growing across the veranda. We could live off almost nothing – the way we used to in Wallington. Send Ricky to the village school. Be a proper little family.’

‘Like the proles; they know how to live.’ He pulled her and Ricky closer.

‘You could even escape from the stupid literary life and get back to writing novels, now that you’ve broken your drought with the fairy story.’

The fairy story. He’d pushed the frustrations of not being able to find a publisher for it out of his mind. Stupidly, he had allowed this to stop him from starting his other planned novel, and now it seemed that might come to nothing. More time wasted! ‘Talking of farms . . . David Astor’s told me about a place on Jura that might be available for rent.’

‘Scottish Hebrides. Inner. Apparently the laird is a decent sort who went to Eton with him. I can’t imagine the Germans or the Russians wasting their doodlebugs on a place like that.’

‘Sounds a long way away from anywhere.’ ‘Precisely.’

Across London the rain of rocket bombs continued as all three of them drifted off to sleep.

He rose early, leaving Eileen and the baby sleeping peacefully in bed, and breakfasted with Gwen, Laurence’s widow, in the kitchen downstairs. Gwen, like Laurence a doctor, who had arranged for Ricky’s adoption, had thought it better for them to be close by in the early days, and like everyone else believed Greenwich to be safer from V-1s than Kilburn. A rumour had got around that Churchill was using false news reports to trick the Germans into aiming their missiles at the working-class suburbs. The BBC was playing the morning exercise program that was part of its wartime fitness drive. The instructress’s voice was exhorting the listeners to bend over and touch their toes – a task he knew would leave him battling for his next breath, even though he was only forty-one, an age at which fit men were still expected to be on the front line. To escape the wretched babbling, he polished off his meagre breakfast and went out.

Returning home to collect the mail, he found the Kilburn flat a ruin. A near miss by a doodlebug had taken out the windows and brought down part of the ceiling. Maybe, he thought, the rumours were right. Through a crack in the wall he could see the world outside. Their furniture was covered by a thick layer of plaster fragments, and his books lay scattered across the space that was once his study. Then he remembered what he had come back for. Getting down on his hands and knees, he scrabbled through a pile of letters that had been pushed through the door, spotting a large brown envelope. He picked it up, brushing off fragments of brick and glass.

He was hoping for just a letter but it was the manuscript, returned again. First Gollancz, then Deutsch, and now Cape. He read the letter enclosed with it:

I mentioned the reaction that I had had from an important official in the Ministry of Information with regard to ANIMAL FARM. I must confess that this expression of opinion has given me seriously to think. My reading of the manuscript gave me considerable personal enjoyment and satisfaction but I can see now that it might be regarded as something which it was highly ill-advised to publish at the present time. I think the choice of pigs as the ruling caste will no doubt give offense to many people, and particularly to anyone who is a bit touchy, as undoubtedly the Russians are . . .

He guessed immediately what had happened: the Ministry of Information had been penetrated by the communists. Everyone knew the literary world was full of silent party members who were as good as Soviet agents, their ultimate allegiance being to Russia. This racket of writers worshipping Stalin had been going on since at least the early thirties, and now even the Tories were too gormless to insult him. It wasn’t that long ago they wouldn’t insult Hitler. He seethed. To hell with them! Why not publish the story himself, as Swift would have done? His anarchist friends would have some paper hidden away for the revolution. He collected everything of value he could fit into two suitcases; the rest would have to wait.

The summer had turned baking hot, and his journey across London was sapping. The war was as good as won, everyone thought, with the fascists in retreat on all fronts and the church bells ringing out victory after victory. Yet he had a strange feeling that the fighting would never end. Each advance brought fresh horrors: new weapons to cower from, and new stories of atrocities in the east that would whip the British population to new heights of patriotic indignation.

At a Lyons tea house he sat down to rest, pulled out the typescript and wrote a fresh covering letter by hand.

This MS has been blitzed which accounts for my delay in delivering it. If you read this MS yourself you will see its meaning is not an acceptable one at the moment, but I could not agree to make any alterations. Cape or the M.O.I., I am not certain which from the wording of his letter, made the imbecile suggestion that some other animal than the pigs might be made to represent the Bolsheviks. I could not of course make any change of that description.

He stopped at the post office, bought an envelope and posted it to T.S. Eliot, c/- Faber & Faber, 24 Russell Square, Bloomsbury, London, WC1.

Four weeks passed. He opened the mid-morning post before heading out to Tribune, where he had a new job as literary editor. There was a letter from Faber:

We have no conviction that this is the right point of view from which to criticise the political situation at the present time . . . After all, your pigs are far more intelligent than the other animals, and therefore best qualified to run the farm – in fact, there couldn’t have been an Animal Farm at all without them; so that what was needed, (someone might argue), was not more communism but more public-spirited pigs . . . I am very sorry, because whoever publishes this will naturally have the opportunity of publishing your future work: and I have a regard for your work, because it is good writing of fundamental integrity. Miss Shelden will be sending you the script under separate cover.

So much for the judgement of the great T.S. Eliot! At the start of the war, he’d accused Eliot of having a soft preference for fascism, and now here he was, in thrall to the Reds. Circus dogs jump when the trainer cracks his whip, he thought, but the really well-trained dog is the one that somersaults before the whip appears. He had one more publisher on his list. He made for the city.

From The Last Man in Europe. Used with permission of The Overlook Press. Copyright © 2017 by Dennis Glover. 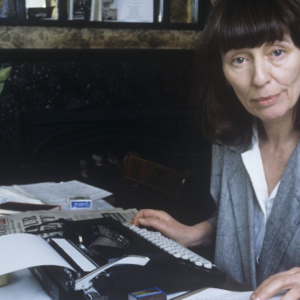 Lit Hub Daily: November 21, 2017 Adrian McKinty tries to get a little writing done in Franz Kafka’s original office. Maybe a bookseller can fix the mess...
© LitHub
Back to top