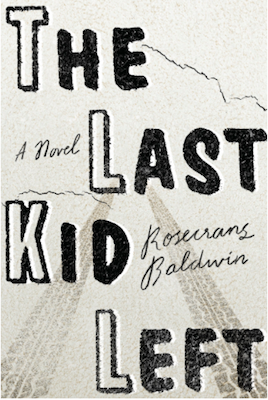 Suzanne Toussaint is long bodied and thin-skinned and always cold. She takes on the temperature of her surroundings like a lizard. Saturday morning, six o’clock, she wakes up and drinks a shot of vodka, her father’s shot. He always kept a little glass on the nightstand in case he couldn’t sleep, a trick he learned from W. H. Auden, he said. He used to quote Auden at parties, he’d quote him when he tucked her in at night. Saying alas to less and less. There’s even still a ring in the varnish.

Suzanne Toussaint is nearly fifty and feels seventy. She has a business she resents—and a case of hypochondria caused by the internet—and a certain amount of physical beauty that men used to find arresting, which seems to have vanished—and a longstanding thing for Lou Reed—and a house she inherited from her parents that  is,  by  this point, three times liened against at the bank—and a surname that once meant something in Claymore, was public property in a way, but not anymore.

At all times she has a sense of all the lives she hasn’t lived, all her screw-ups and mistakes, an awareness she resuscitates when it’s dormant with self-absorption, and the overidentification with doomed heroines in shows on HBO.

She has a king-sized mattress that she once shared with a husband who looks more and more, in the rearview mirror, like a long-term houseguest.

And now she has a son in the custody of the law.

And all of it, except the last bit, was what she’d written at command on her first day of therapy, at her former therapist’s request—written on flimsy printer paper that had already been used on one side for an online travel reservation—with the liberty to construct your own personal history, Dr. Margaret Gould had emphasized.

She’d lasted five weeks with Dr. Gould— and in that time had plenty of holes pricked into the dam that held back her miseries. But then the sessions weren’t affordable anymore.

The day before, lunchtime, Friday, she’d tried to see her son, but had been refused. Too soon, even for family, said the uniformed officer behind the desk—all pimpled, no sympathy, a little shithead hamburger—she’d wanted to carve the boredom off his storm trooper face.

She left the courthouse. It was farcical. Everyone was going about their normal days. She drove to . . . nowhere. Where was she supposed to go?

When what she’d wanted to do was go back to the courthouse and plant a couple kicks into the guard’s eyes.

So she smoked a cigarette, her lifelong friend. Then reapplied lipstick, and decided to run an errand across town at Aubuchon’s, the one on East Toussaint—where she bumped into, who else, Dr. Gould, in the paint-can aisle.

Dr. Gould, who greeted her with an unconscious, wincing wave, until very perceptibly, as Dr. Gould would have said, did the doctor herself experience a profound shock of revelation—while she stared in disguised wonderment at her own shoes—as she connected the Suzanne Toussaint before her to the piping-hot, unspeakable story that had raced around town about a double murder.

But thus, as she looked up into Suzanne’s face, did observant fucking Dr. Gould quite visibly resist flinging herself into an interaction to learn more. Instead stood squared, total hard-core marine shrew, called to attention by the micromoment’s significance—frankly, she was the most subdued that Suzanne had ever seen her, even overwhelmed, and still nakedly expectant, as she waited hopefully, as her nerve endings thrummed with ready sympathy in case Suzanne should avail herself in the quiet sanctity of Benjamin Moore—“Oh, Suzanne,” said Dr. Gould. “I’m so sorry.”

And even then Suzanne didn’t frown or blink. Didn’t say, “Maggie, thank you.” Didn’t say, “Maggie, mind your own business.” Didn’t say or do shit except turn around and get back in her car. Drive home rigid in her seat. High humidity. Scattered clouds. The muscle above her left  eye spasmed—a blood clot that raced toward her heart, probably.

And in the garage she parked, rolled down the door, and had a beer from the back-up fridge and then another.

The bedroom is her parents’ bedroom, the wet bar was her father’s idea. He’d built it one Labor Day, she remembers the weekend exactly, down to the straw basket full of her mother’s prized tomatoes that sat on the porch. Did her parents love her? Does it matter? They certainly loved each other. To quote her ex-therapist, “We can simply be exactly who we think we are.”

It starts to rain. So just one more shot, a half to get going, a sip and she’ll dress, do her makeup, hop in the car, return to the courthouse and burn down the gate. The window drips. Why are there so many trees? So many lawns full of grass, why is everything so green? As if every element in life is humid.

She stares in the mirror. Her arms are corpse-blue from sweat. Does grief ever become abstract? She ignores the longing to hide beneath the covers.

Then she thinks of Nicky again, and the chaos sinks all the way down.

Suzanne Toussaint is daughter of two, mother to one, sister to an idiotic older brother she hasn’t spoken to in at least five years, who lives in Thailand for pennies and chases girls, girls who actually are girls— she hates him. Her family once helped to settle Claymore, her great- grandfather was a New Hampshire state senator—but anyone of notoriety in their family is in the ground. Except now—her son. She can’t explain anything. Murder? Murder? It must be her failure somehow, yet more failure, she’ll get the blame and deserve it.

She stares wretchedly out the rain-beaded glass at all that guzzling green.

Her son has been taken from her. Pain is pain.

To be a mother is a never-ending attempt at repossession.

From The Last Kid Left.  Used with permission of MCD x Farrar, Straus and Giroux. Copyright © 2017 by Rosecrans Baldwin.

From Penelope to Pussyhats, The Ancient Origins of Feminist Craftivism 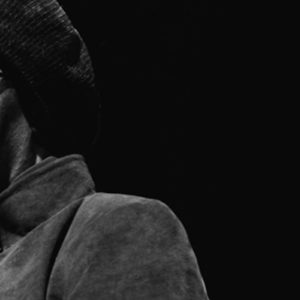 Why Gwendolyn Brooks Will Live On Forever Poets and writers are immortal; they live as long as their words are spoken and speak to people. Because her poems and fiction...
© LitHub
Back to top