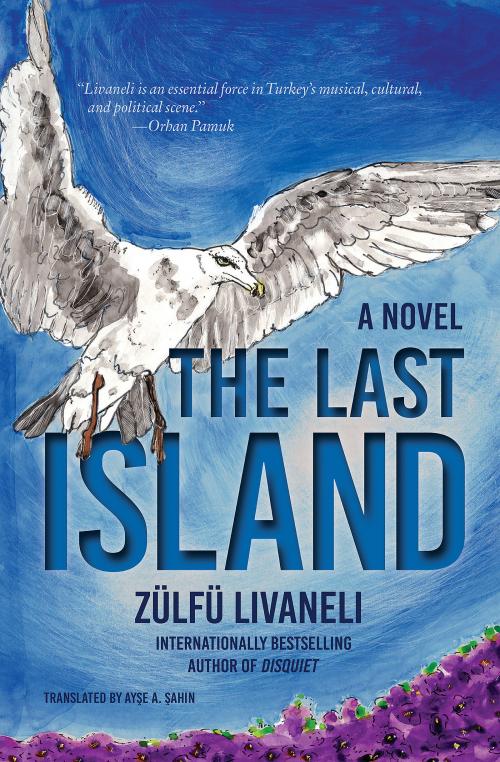 The following is from Zülfü Livaneli’s forthcoming novel The Last Island, which centers around a former president who moves to a secluded island. In hopes of bringing order to island life, the president seeks to rid it of its “anarchic” components. As he begins to act more and more like a dictator, the once utopian island life begins to morph into dystopia. Originally published in 2008 as condemnation of the Turkish authoritarian regime, The Last Island’s themes of protest and power have only become more relevant today.

There was a time when we were peacefully going about our lives in this paradise-on-earth, the one we had thought of as a well-kept secret. Until the day “He” showed up.

How to describe this paradise, even attempt to describe it, is simply beyond me. If I were to speak of this tiny island’s pine forests, its cerulean sea as clear as nature’s own aquarium, its alluring coves with their brightly colored fish that mesmerized us as we watched them, and its seagulls that always flew around us like white ghosts—this might be a scene that would amount to no more than a tourist postcard.

Far from any continent, it was a world unto itself, its night air releasing the delicate sweet scent of jasmine, cloaked in the same mild climate regardless of the season, it existed entirely independently with its forty houses nestled among the trees.


It was as if some sacred secret were hidden in the tranquil nature of the island. How could one begin to describe the morning’s milky white mist above the sea, the early evening’s light breeze licking your face, the whispering of the wind amid the cries of the seagulls, the scent of lavender? Or the spell cast each morning by the misty twin-island that would appear before us as though suspended from the sky while we were still rubbing the sleep from our eyes? Or the seagulls, diving in and out of the sea in their hunt for prey? Or the violet bougainvilleas that entwined our houses?

The fact is, it no longer even occurred to us how beautiful this life was. We’d grown so used to it that we were just going about our lives as usual, really. You don’t think of the sea as being beautiful; nor do you think of a seagull alighting on a rock cliff in front of your house as being beautiful, when it’s something you see every day. Nor of the way the branches of the trees meet and intertwine into a canopy as you walk along the dirt path running through a copse, nor of the quiet conversations amid the gardens, where the morning glories bloom like a sudden miracle, nor of the whispers of love that waft, almost inaudibly, from a house here and there. A person simply experiences them. But being neither a professional writer nor a good one, I’ve chosen to tell you about everything by means of a series of descriptions. In truth, it is my friend, the Writer, who should be telling you this story. But sadly for us all, his fate has made this impossible. He was my closest friend on the island for years, and who knows what clever metaphors he could have worked into the text in telling you the story. So it’s unfortunate that you have no choice but to learn of the horrifying events that befell the island and my friend from me. Bear with me, the common writer that I am, ignorant of all forms of modern novels and elaborate techniques of exposition. The fact of the matter is, back then we didn’t want any of this to get out. We would keep our island a jealously guarded secret, given that in our increasingly insane world, it hardly would have suited our interests for others to find out that a place like this even existed. We were the forty resident families of the island who somehow had been fortunate enough for it to have entered our lives.

We were living in peace, without anyone interfering in anyone else’s business.

Having previously suffered considerable disappointment and deep sorrow, I deeply felt that the new friends that all of us had made on the island were precious beyond words, and I loved them genuinely. So much so that I nicknamed this place “Isle of Angels.” Yes, we really were living on an isle of angels now. The only thing we wished for was to continue leading this life of peace.


As we had no television reception, the newspapers brought in by the weekly ferry were the only way we had of finding out about what was going on in the world. With eyes half-closed as we were about to doze off on the heels of a lunch taken with wine, we read the news on this untroubled little planet of ours, seeing reports that the insanity on that other planet was on the rise. But I must admit this news may as well have been about the space wars, for all we were concerned. It was all so remote to us.

We were mistaken, however, as we found out in the end. Far from being a separate planet, what we were was an island in the very belly of the insanity—a reality we failed to see even as the President settled on our island after having reluctantly concluded his term as the nation’s head of state.

I should fill you in on some of this island’s history. Years ago, when it was deserted, the island was bought by a wealthy businessman. In his old age, he built a magnificent country house, where he settled in with a staff of servants. He lived out the last years of his life far removed from the struggles of the world, spending his time fishing and napping in his hammock in the afternoons.


To relieve his boredom, he invited a few acquaintances to his home and encouraged them to build homes of their own. They came and built houses that were smaller than his, so he didn’t ask them for any payment for the land. The houses were built of natural materials by the islanders, making use of the island’s forests for the log cabin–style houses, so that only a bare minimum of construction materials needed to be shipped in from elsewhere. In time, as word spread among friends and acquaintances, the number of houses on the island reached forty. It was then that the wealthy man put a stop to further arrivals and to the construction of any more houses, to prevent any spoilage of the island’s natural beauty, its serenity and its forests that shimmered with a thousand and one shades of green.


When this man passed away, he willed the house to his oldest son. Being something of an idler, the son preferred to spend his life on the island in leisure rather than assuming the more complex job of governing the island. In time, he came to forget, as did the other island residents, that the island actually belonged to his family, whom the islanders regarded as no different from anyone else—they just lived in a larger house.

We called him Number 1. It wasn’t because he was the leader, or was particularly distinguished, or even that he had descended from the island’s original owner, but because of an odd tradition around here: We tend to address folks by the number of their house.


My family’s number is 36. My father found his way to this island rather late in the ownership sequence of the forty houses. Through invitations from some acquaintances, he managed to seize the opportunity, despite a history of prior personal disappointments, to grab the fourth-from-last house.

As for my friend the Writer, though neither he nor his family owned a house here, he had a close friend who was a fan of his books and who let him use his house at a time when the Writer had been looking for a quiet place to write. He was Number 7. His was one of the first houses on the island, at the head of a dirt path that lined a shady tunnel woven by majestic trees.

The row of houses starts at the tip of the island where a ramshackle pier stands. A weekly ferry approaches it, but it’s never able to touch the pier because that ferry is so enormous it has to be anchored offshore while small boats carry supplies to the island. From there, the houses are numbered 1, 2, 3, 4, and so on, in lockstep progression until they reach 40. Next to the pier there’s a small grocery that meets all our needs, and a simple garden café run by the same man, which offers seafood and fresh fish on a daily basis. We simply call this old veteran “the grocer.” This is because he has no number. He lives with his wife and their son, a young man, in the two-room annex behind the shop. He had arrived and settled on the island with his family years ago, and is now an inseparable part of it.

So I’m hoping at this point that I’ve provided the necessary information about the island before I start telling you the story. I hope I haven’t left anything out! Rest assured, I would have liked to have given you an account of all this in a manner full of literary flair—more like a pro, that is. Yet, being an ordinary storyteller, I can’t help telling the story in simple terms. All these hours at my notebook, I continually admonish myself: Do as modern writers do and try to create a work where what matters isn’t content, but style. Be bold!

But those things don’t really matter that much to me, when all is said and done.

Excerpted from The Last Island by Zülfü Livaneli, translated by Ayşe A. Şahin. Forthcoming from Other Press.

Fuck this shit: Two books are on trial for "obscenity" in Virginia. 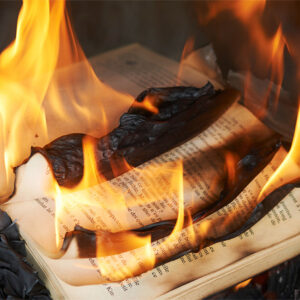 Fuck this shit: Two books are on trial for "obscenity" in Virginia. In another example of this country being thrust back into the past, two books are currently on trial in Virginia for obscenity:...
© LitHub
Back to top