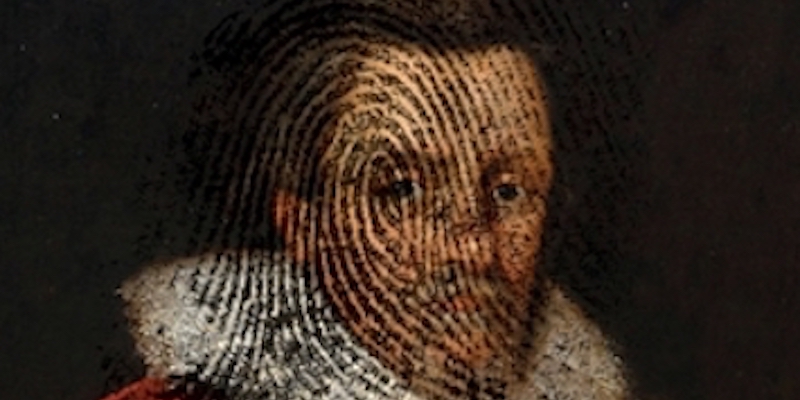 The Latin saying “Pro captu lectoris habent sua fata libelli” has been translated, variously, as “According to the reader’s gifts, books have their destiny”; or in a less upbeat version, “Books go to their doom according to the reader’s abilities.” Or in a compressed version of both, “One admires, another deplores.” Or in the version I prefer, “Books share their fates with their readers.” So thanks for sharing your fate with the fate of “The King’s Touch.”

This title poem refers to the ancient belief that the king, as God’s divinely anointed representative, can lay hands on the sick and heal them. The particular king I have in mind is King James VI of Scotland (later James I when he ruled over both Scotland and England). He believed himself to be deeply devout, but he was also deeply squeamish about having to touch the sick. The contradiction between the king’s divine pretentions—and the personal revulsion he felt for the wounds and ulcers he layed hands on—suggests how mystery and the secular collide. So the poem and the book move between illness and healing, between evil manifested as disease and the miraculous manifested as human touch.

Now fast forward five hundred years from James’s era of healing pageantry to our era of pandemic, and you have the brutal fact of body bags being loaded by a forklift into a refrigerator truck because the hospital morgue has no more room. Furthermore, it turns out that illness isn’t demonic malevolence—it’s biology, it’s microbes, it’s who has face masks and gloves and vaccines, and who hasn’t. But the patient in the poem can’t help but wish that the king’s touch will heal him. Stretched between transcendence and the irremediable facts of physical suffering, why shouldn’t the king touch him, why shouldn’t he rise up healed!

Or not. The corporal king, after all, isn’t divine, no matter how his courtiers may flatter him.

The patient, in his holey socks and hospital gown, is even further from divine majesty. And yet as he lies waiting for the procedure to start, he can’t deny that the MRI machine projects an eerie sci-fi menace that inspires both awe and fear. As the electromagnet’s coils click louder and louder, the machine begins to pound and clang. Strapped to a moving, cold, stainless steel table, he watches himself slide toward some fatal revelation as he passes through the void of what looks like a hi-tech donut hole. It’s as if a Poe story meets modern medicine meets the heavy metal drummer of Megadeth. And when that pounding reaches its loudest, that’s when the patient rises out of himself and is set adrift in space, his body a speck against Earth’s vast curve, even as his tumor begins to talk to him—but in a concerned, gently nagging, maternal voice reminding him to pack his suitcase for the coming journey.

Up through shifting blues
to where the sun is coolly ignorant
of where I lie on the sea bottom
lit by my own storm-light flickering,

I hear the tech’s voice wrapped in space dark
scuttling through black light,
Please don’t move, Mr. Sleigh.
All around me the room is stammering,

iron smashing against iron,
a robot drummer pounding out
the earth’s magnetic field
slicing my brain into a geode’s

crystalline amethyst.
Lying in my underwear, T-shirt,
and holey socks, my head wedged
to keep it still, I feel

coming closer the king’s hand—
poor squeamish
king, cursed by the power
to cure, having to touch

all us sufferers
with our ugly, swollen glands.
But why shouldn’t
the king’s touch cure me?

Caught like an astronaut
against the ocean’s curve
lit by the sun rising,
I can see the tech back on earth

reflected in the metal halo
hovering above my skull.
Spinning crazily as dials
on an old dynamo,

my body’s
beyond control, outside of me
staring up at my own
neuter attachments.

In front of me the whole earth
shines in its neural blaze.
And the tumor in my brain
goes on its own space walk,

free to drift where gravity
takes it, my tumor
that like a mother
talks to me in dreams, asking,

Tom, do you have your suitcase?
Did you remember
your razor and your toothbrush?
Have you packed your shoes? 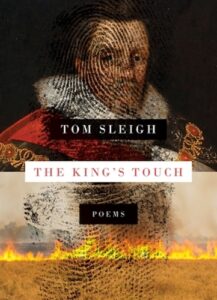 “The King’s Touch” from The King’s Touch. Copyright © 2022 by Tom Sleigh. Used with the permission of Graywolf Press, Minneapolis, Minnesota. www.graywolfpress.org

Tom Sleigh is the author of eleven books of poetry, including his most recent book,The King’s Touch, from Graywolf Press in February 2022. Other works include Army Cats, winner of the John Updike Award from the American Academy of Arts and Letters, and Space Walk which won the $100,000 Kingsley Tufts Award.
Share:

Christopher Schroeder on Crypto, Web3 and The Global Unleashing 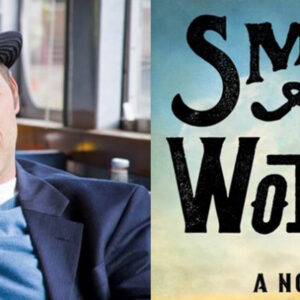 Small World by Jonathan Evison, Read by William DeMeritt Every Monday through Friday, AudioFile’s editors recommend the best in audiobook listening. We keep our daily episodes...
© LitHub
Back to top
Loading Comments...