The Joy of Throwing Away An Entire Novel

Shortly after my third novel was published, I started writing a mystery. The mystery grew out of two distinct obsessions. The first was with a news clip. A short news clip of Linda Lay, the wife of disgraced Enron CEO Kenneth Lay, in which she proclaimed her husband’s innocence. The clip was largely forgettable. In that clip though, I saw pathos. I saw hubris. I saw the human range of wishes and wants and denial. For reasons I still don’t quite understand, I couldn’t forget it.

Then there was the bowl. A woodturned bowl I’d received as a wedding present. Before that bowl, I’d known nothing of woodturning: a complicated and difficult art form that involves a woodturner moving wood over a stationary tool in order to shape and design it. I wanted to learn everything about it.

If those divergent preoccupations (turning wood and high-stakes fraud) don’t feel like they naturally coalesce into a compelling and violent mystery novel, you are correct.

And still. To those people who say that you can see things coming? I had no idea that what was coming was 18 grueling months, 97,000 words, and 500 pages of research—all of which I would eventually toss into a recycling bin in northern California, off Highway 12.

It’s hard to pinpoint the exact moment I realized the novel was spinning away from me. After all, us writers are masters of convincing ourselves that we are getting a lot done. A kickass sentence can feel like a day’s work; a new idea—even unexecuted—is a major breakthrough. What I do know is that from the very beginning, I wasn’t having any fun. I was hiding in the research. And the writing, when I got to it, vacillated between unusually challenging and downright laborious. I felt the weight of it constantly. I recall the dreams early on, terrible dreams about Enron’s mark-to-market accounting, acute flashes to my high school algebra class. And, on more than one occasion, I would find myself staring at my computer at 5 AM trying to describe a woodturner’s lathe, trying not to slowly put myself back to sleep in the process.

But what I remember, most clearly, was when the full-on panic set in. I was finishing draft three. The Misery Draft. This is how I saved the file in my computer.

I had just arrived in Napa Valley for a friend’s wedding. I was sitting on the porch of the hotel room, trying to get some work done before the weekend started. Trying to get some work done and staring at a small vineyard in the distance. When I had an idea, crisp and clean and whole. If it wasn’t an entire novel running through my head, it was certainly the heart of it.

I felt too guilty to open a new file on my computer so I went inside and took the notepad from the hotel nightstand and began to scribble down my thoughts.

When my husband walked in, I quickly tossed the notepad into my bag. Like the two-timer I was.

I didn’t look at the pages again until a couple of weeks later when I turned in The Misery Draft to my agent. When she called to discuss the draft, there was a lengthy silence. “Is there anything else that you’re working on?” she asked in a way that she hoped the answer wasn’t no.

My eyes darted toward my bag, the notepad inside. I had no idea how to answer her. I decided to give myself two weeks to find out.

I got in my car and headed north. Even the drive up there felt purposeful, full of light. And while I brought the mystery along, I didn’t touch it. I shadowed winemakers and took notes. I finally opened a file and called it “The Last Harvest.” I wrote the first chapter. And the second. I was delirious. The sheer joy I felt working for those 14 days was like nothing I’d experienced in the past 18 months.

And perhaps it made me a little giddy. Perhaps I had a little too much wine. But heading back to Healdsburg on the last night of the trip, I made a decision. A reckless and ridiculous decision.

Which was when my mystery met its fate in that bin on Highway 12.

In the world of computers and clouds, tossing my novel was mostly a symbolic gesture—though it didn’t feel symbolic.

I sat there, somewhat breathless, and I waited for the despair to sink in.

Instead something else did. Eighteen months. Ninety-seven thousand words. It was more like quiet.

It occurred to me in that moment something that I’d long held to be true: What makes us writers is as much what we throw out as what we keep.

I had known that intrinsically. I had dumped paragraphs, articles, days and weeks of work, each time enduring different degrees of doubt in the process: Was I sure there was nothing salvageable there? Was I giving up?

With an entire novel, the stakes were higher, the loss more painful. Also, more necessary.

Maybe that’s why it took that moment on Highway 12 for me to fully grasp how throwing out is, itself, a way to write. We don’t always figure out how to tell a story because we keep fighting the pages, trying to determine their worth. Sometimes, we get there by throwing out what we thought we couldn’t let go: what isn’t working (easy); what is almost working (harder); what might work if … if… if… (the hardest because you can almost trick yourself into seeing, in the distance, victory.)

In my willingness to throw away the novel—all that time and work—I started moving toward a kind of freedom. To not be as beholden to everything I put on paper. To be more truthful, more eloquent, more fucked up, more wrong. To have no agenda for my work except for doing my work.

I can hear even my own skepticism in this valuation though. How can I know, after all, the right thing to throw out versus the right time to plow onward? How do I discern what is just a tough writing period versus writing the wrong thing?

I can’t. Not really. So I’ve accepted that my calculations may be off.

The best thing I ever wrote might be in the trash.

Still, I believe it’s a critical gamble. That, regardless of what is left behind, sometimes throwing out is the only way that I’ll get to the stories I was meant to write, the stories I can find joy in writing.

And some days, believing that, is the thing that keeps me going. Because I also believe the writing comes back in ways we couldn’t have planned for. Fortune 500 CEOs turn into the 15-year-old girls. Woodturning heroines slice your fingers off when you aren’t looking.

The dumped. The thrown-out. Unmysterious mysteries. Nine sentences on a hotel notepad. Ninety-seven thousand words over eighteen painful months. It matters. It’s practice. It’s prologue. And all of it, some of it, the germ of it, will be heaved out of the debris, at some later date, when we’re, somehow, more ready for it.

drowning your darlings in a bucket of water by the roadeditingLaura DavepartnersSimon and Schusterwriting
Share:

Laura Dave is the author of the critically acclaimed novels The First Husband, The Divorce Party, London Is The Best City In America, and Eight Hundred Grapes, now available from Simon & Schuster. 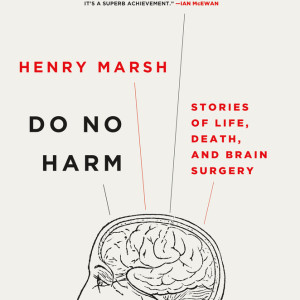 ANEURYSM a morbid dilation of the wall of a blood vessel, usu. an artery.   Neurosurgery involves the surgical...
© LitHub
Back to top