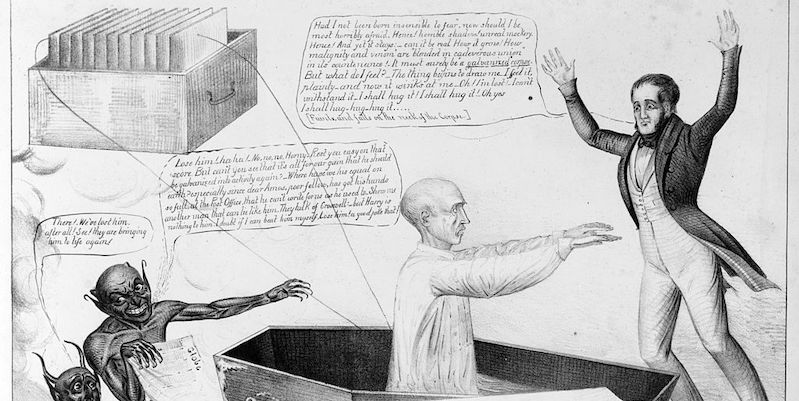 Most people are familiar with Mary Shelley’s 1818 book Frankenstein, although fewer have actually read it. The multiple movie versions of the book have taken some liberties with the storyline, leaving some viewers with the erroneous impression that the monster in the story is named Frankenstein. The fictional monster actually has no name; rather, the book is named after the monster’s fictional creator, Dr. Victor Frankenstein. In the book, the sudden and untimely death of Frankenstein’s mother, and the witnessing of the dramatic destruction of a tree hit by lightning, has young Frankenstein brooding about the vulnerability and brevity of life. It sets him to wondering whether death is actually a reversible process, and he devotes himself to the goal of “reanimating” corpses; that is, bringing dead bodies back to life.

Although Shelley never reveals exactly how Frankenstein manages to do this—presumably, it might enable readers to replicate the dastardly deed—she hints electricity is somehow involved. So, henceforth, depictions of the monster typically have electrodes protruding from his neck, and there is always a lightning storm to provide the electricity that puts the spark of life into him. But how did Shelley come up with such a bizarre story idea?

Luigi Galvani is the eighteenth-century Italian electrical scientist who’s most famous for impaling frog legs on metal hooks and showing that the muscles in the legs can be induced to move on their own, even when the legs are completely severed from the frog’s body. This suggested to Galvani that frog legs animate themselves, and he believed it was because muscles can generate a special type of electricity he called “animal electricity.” This idea was later disproved by Alessandro Volta, the inventor of the battery, who showed that there were electrochemical reactions emanating from the metallic hooks Galvani was using to impale the legs. In fact, the hooks were producing enough electrical current to stimulate the legs’ movements. This was the seed of the idea that external electricity could be employed to artificially “animate” body parts.

“On the first application of the process to the face, the jaws of the deceased criminal began to quiver.”

Galvani had a nephew, Giovanni Aldini, who was also an electrical scientist. Aldini took the muscle animation experiments of his uncle well beyond frog legs. He had the idea that large amounts of electricity might even be able to get human legs and other skeletal muscles to move on their own. So he got himself some of Volta’s batteries and he started jolting dead human bodies—mostly executed prisoners— thereby stimulating contractions in various body muscles and getting the bodies to actually move. His favorite public demonstration was to shock decapitated bodies in such a way as to get the headless corpse to promptly sit upright for the audience, which was highly disturbing to most everyone who saw it.

Aldini’s most famous demonstration occurred at London’s Newgate Prison in 1803. A prisoner named George Foster had just been executed by hanging. Aldini applied electrodes to Foster’s body and connected them to a high-voltage battery. A witness described what happened next:

On the first application of the process to the face, the jaws of the deceased criminal began to quiver, and the adjoining muscles were horribly contorted, and one eye was actually opened. In the subsequent part of the process, the right hand was raised and clenched, and the legs and thighs were set in motion.

Some people in the audience thought that Aldini was actually attempting to bring Foster back to life. And although that may sound extremely naïve, it’s easy to see why people of that era might be prone to that idea. At the time, both the public and scientists were struggling to define exactly what life is, and the renowned French anatomist and pathologist Marie François Xavier Bichat (1771–1802) had famously promoted his working definition: “The set of functions which resist death.” In light of this definition, Aldini’s demonstration that electricity could animate a corpse seemed to suggest electricity was one of these death-resisting functions. (Unfortunately, Bichat himself had a very low resistance to death. He died from a fever at age 30.)

Shelley was only a small child when Aldini “resurrected” Foster. But she likely became aware of Aldini through her father, who counted among his friends some of the leading electricity researchers of the day. They were well aware of Aldini’s animation demonstrations and had described them to Shelley’s father. Presumably, her father relayed them to her. So when Shelley, at age 19, entered into a friendly fiction-writing competition among friends as a distraction from a disappointing summer vacation plagued by inclement weather, it is perhaps not too surprising that she produced a story about creating a monster by assembling dead body parts and animating them with electricity. The story handily won the friendly competition, and she later developed it into a full-length novel. Perhaps the real-life Aldini was her model for the fictional Victor Frankenstein, and the unfortunate George Foster was his monstrous creation, with electricity playing a central role. Art imitating life… and death.

Although electricity cannot bring the dead back to life, the work of Galvani, Volta, and Aldini, set the groundwork for two centuries of investigations into the relationship between electricity and life. We now know that animals actually do generate their own electricity, by moving ions in and out of their cells. The champions of this are the electric eels, which are able to generate high enough voltages to stun their prey. But even we humans generate low levels of electricity in order to regulate our nervous systems and stimulate out hearts to beat.

And artificial electrical stimulation of our muscles, sense organs, and brains, has been shown to be highly effective in getting diseased hearts to beat normally (cardiac pacemakers), deaf ears to hear (cochlear implants), and the tremors of Parkinson’s disease to abate (deep brain stimulation). These and other types of electrical implants are now in the bodies of many millions of Americans, improving the quality of their lives and sometimes even keeping them alive. Modern day electrical stimulation of the body may not be able to bring the dead back to life, but it is definitely helping to ward off premature death. Something that would likely have impressed even Dr. Frankenstein. 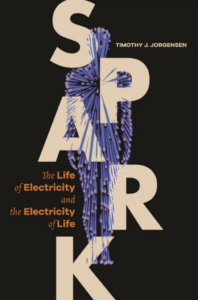 Excerpted from Timothy Jorgensen’s Spark: The Life of Electricity and the Electricity of Life, published by Princeton University Press.

Timothy J. Jorgensen is professor of radiation medicine and director of the Health Physics Graduate Program at Georgetown University. He is the author of the award-winning book Strange Glow: The Story of Radiation (Princeton). He lives in Rockville, Maryland. Twitter @Tim_Jorgensen 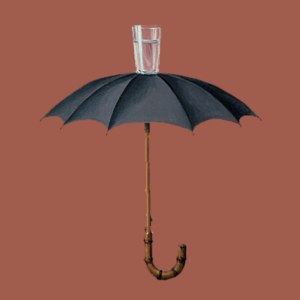 Consider this blog post your daily reminder to take a short break from work. Take your dog to the park! Go get a croissant!...
© LitHub
Back to top
Loading Comments...