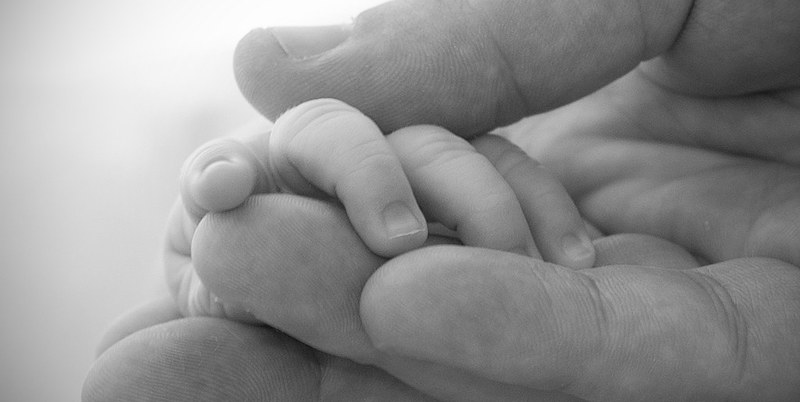 Sarah Blake on Motherhood's Many Faces

My son asked me if I would put flowers on his grave when he died.

Of course I will, I told him, not talking about how, in all likelihood, he would outlive me, and not the other way around.

He isn’t a morbid child. He’s just a child. And children are curious and surprising, and they move so quickly from subject to subject, like a humming bird, and life is one big flower that they keep hovering around at different angles.

I wrote this conversation with him into my novel, Clean Air. I wrote as much of my life as I could into my novel.

I think I’m supposed to be embarrassed about this—that I didn’t make everything up, that my brain is not some all-powerful imagination machine. But I don’t mind at all. When I read my book, I remember all of these memories with my son, and they make me laugh and some make me cry. Clean Air is not a truthful record, but it is a truthful book.

It feels absurd to say that about a book set in the future, on the other side of a pollen-apocalypse, where everyone lives in plastic domes. But I need both. The outrageous and the quotidian. And I know this is how one makes the unreal seem possible—if I drag the ordinary down into it.

Motherhood has defined and redefined itself for me since I was five and my brother would ask me to make him sandwiches. I changed my sister’s diapers when I was seven. When she was older, I read to her every night. I started staying home alone with my siblings when I was ten.

I wanted to portray all of motherhood’s facets: its mundanity, its terror, its restlessness, and its joy.

When I was 13, my parents adopted my littlest sister from China. She called both me and my mom ma ma, and I understood how I was at an age where I could take care of all her needs if I had to. But I was glad to be her sister and not her mother. I was glad to get to sleep through the night when my mom didn’t.

I went to college ten minutes away from my house because I couldn’t imagine being farther away than that from all of my siblings. I was able to be home for birthdays and minor holidays and anything else that came up.

But when I went to graduate school for two years, I went far. One year went by and I missed school plays and graduations. I told myself this was growing up, but I didn’t like it. It felt like many small betrayals.

And then, in the summer after my first year of graduate school, my grandfather and my mother were both diagnosed with brain tumors. My mother would need an operation—we knew that first.

I flew home, and my aunt and I were asked to make decisions about my grandfather’s care. At one point I was alone and they needed to know whether to carry out a biopsy of the tumor in his lung.

A doctor pulled me behind his computer, where the room was kept dark, and he scrolled through the MRI to show me the tumors. My grandfather’s lungs were so scarred that a biopsy risked a collapsed lung, and a hospital stay he might not survive. They didn’t do it.

My grandfather felt better on steroids and asked me why he couldn’t stay on them. I told him they affected his immune system—­the first virus that tore through the house could kill him.

We talked about the medicines he had to take, and the pill organizer he was using, and I told him someone would help him with all of that. He said he only trusted me.

I tried to talk to him like a child. Told him he had to listen to me the way I’d tell a child I expected their teeth brushed.

But he answered like the adult that he was. Told me I could say whatever I wanted, but then I’d be gone again and he’d do what he pleased. And I laughed. And then he laughed, and we laughed together. That was probably the last real conversation we had.

I think about that conversation all the time, and about when that turning point will come with my son, when he will realize he doesn’t actually have to do anything I say.

My mother told me to go back and finish grad school, no matter what she said after she had the operation. So when she asked me to stay, hardly able to get herself to the bathroom, I stood at the end of her bed, crying, and told her I had to leave.

I don’t know if she ever thought I’d made the wrong choice, but I do. I think I should have been there for my family when I could have been.

When my mother got sick again, about ten years later—a tumor in her pancreas this time—I could hardly come home. I lived on the other side of an ocean, and my son’s schedule didn’t stop for my mother’s dying. We had only lived in this new country for a few months. Our visas were dependent on my ex-husband’s job, and he was still in his probation period. We had no network to support us. We hardly knew where we liked to eat, let alone knowing people who could watch my son after school every day.

When the summer came, and I did go home (my son in tow), I was with all of my siblings, grown now, and we were too many people in a hospital room, or in a bedroom. Too many opinions. Too many broken hearts.

My mother died far away from me but surrounded by her family just the same.

I hold onto things my son probably doesn’t need me to do for him anymore. I clip his nails. I wet the bedhead out of his hair in the morning. I pour him juice. There will be so many years of his life when he needs nothing from me.

I like to think about those years rather than the years when he might have to make decisions on my behalf. But that is part of motherhood, too: these ties we create such that we are obligated to each other.

I especially wanted to talk about how parents must balance taking care of a child and raising that child to be someone who can take care of themself. That is, oddly, the goal. But it doesn’t happen in the short term. You have to take things day-by-day, but also have this long-term goal in mind that somehow gets accomplished. 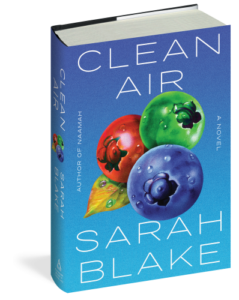 Clean Air by Sarah Blake is available via Algonquin Books.

Sarah Blake’s novel Naamah won the National Jewish Book Award for Debut Fiction. Blake is also the author of the poetry collections Mr. West and Let’s Not Live on Earth. In 2013, she was awarded a literature fellowship from the National Endowment for the Arts. She currently lives in the UK. 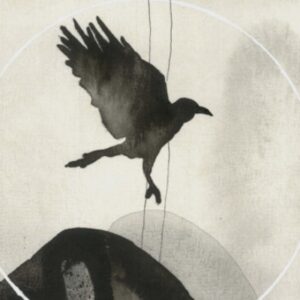