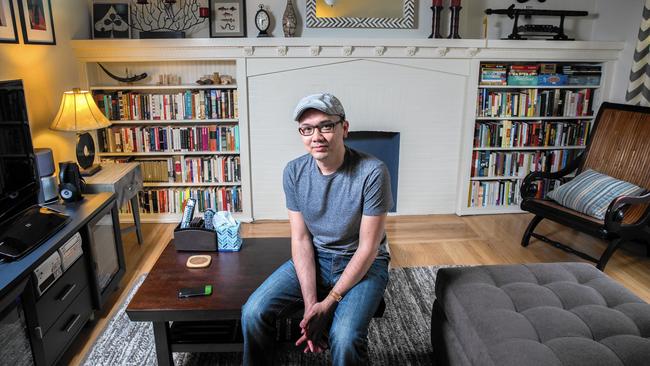 The Immigrant Story As Noir

From Saigon to Tulsa, from Vietnamese immigrant to University of Chicago professor—novelist Vu Tran has already experienced great transitions in his life. His latest is from being a relatively unknown writer and teacher to one of this year’s hottest authors.

Dragonfish (August 2015, Norton) has received praise in The New York Times, The Miami Herald, and at NPR Books. Some critics took issue with Tran’s use of hard-boiled genre conventions like characterization and dialogue. These observations, however, reveal that Tran is pushing at the edges of what genre means. His book is an immigrant saga, a detective story, a young woman’s coming-of-age, and a literary thriller. Is it brilliant or pedestrian, both or neither? The best way to answer that question is to say you should read it for yourself and find out.

Bethanne Patrick: Let’s talk about this title. Did you choose Dragonfish because Suzy, the Vietnamese woman at the story’s center, is a fish out of water?

Vu Tran: I didn’t think of that, but I should have! I really didn’t think of that the idea of fish out of water. As I always tell my students, it doesn’t matter if the author intended something, or not. Once a book is done and out in the world, in many ways it has life because of the reader. That’s what makes literature as an art beautiful

The book, as many reviews have noted, grew out of a short story called “This or Any Desert” that I wrote for Las Vegas Noir (Akashic). My editor suggested a new title and mentioned Dragonfish, and I balked at first, because I was overly sensitive about how Asian culture is portrayed in Western culture, but I liked the sound of it. I think it’s a memorable title.

I also love that the only mention of “dragonfish” in the book is in a sentence where it’s stated that it’s a nickname for the Asian arawana, a fish that is believed to be good luck, that keeps evil away. In retrospect, I can see that it brings none of those things to my characters. I love the irony. But more than that, the arawana is a kind of horrific looking deep-sea creature that stays hidden much of the time. A lot of my characters are kind of hidden and distanced from people, even from themselves.

Bethanne: So the phrase “fish out of water” actually works.

Vu: I think “fish out of water” is all over the book. My favorite books, when I was a child, were all about entering alien, fantastical worlds, and although I didn’t realize it at first, I was still using that plotline when I began to write seriously as an adult. If I really think about it, it’s essentially the immigrant experience, being a fish out of water, and I’ve always been writing the immigrant novel, whether it’s literal or figurative.

However, a word about genre: At the end of the day, I’ve always seen this novel as a relationship novel. Robert, the police detective who was once married to Suzy, desperately wanted access to a person, a person completely alien to him and that access was denied him. In a sense, he is also a fish out of water in their relationship. Neither Robert nor Suzy had a foundation in that relationship. It was always unstable, in that sense.

Vu: I have to talk about the conventions of noir to answer that question. Each character has his or her own narrative, and I wanted to pay attention to noir as I wrote but I didn’t want those conventions to prevent me from telling stories that are interesting and convincing. The characters in my short story were nascent, I almost felt as if they were waiting for me to dig up more about them.

I was stuck on the novel at about 60 pages for about two years! I felt I needed another, a separate narrative, something that I knew would be found when I heard Junior’ story, Junior being the Vegas-based Vietnamese gangster to whom Suzy is now married. When I devised Suzy’s letters, that became the separate experience that bound all of the characters together, a shared history that helped me to understand their behavior, and hopefully explain it better to the reader.

Something always on my mind is that when Americans think of Vietnam, they think of it in political terms: “The Vietnam War.” That kind of thing. But ask anyone who’s every been part of a war, and ask them about their stories, and you’ll discover that they’re never political stories. They’re survival stories.

Political novels are fine; that just wasn’t where I was heading. The wonderful thing about noir and its definition is that it confronts moral ambiguity head on, and the interesting thing that comes out of that confrontation is you have to characterize good versus bad. Noir requires the writer to create these very defined roles, but then, within those conventions, the writer is allowed to subvert the reader’s expectations. Is this character a hero or a villain? When it comes to characters like mine whose circumstances rarely allow them a “right” way to do anything, it ups the ante considerably.

Vu: This is on my mind constantly, that element of “othering,” of defining people in opposition. One of the failures of Robert’s marriage to Suzy is that he, an Anglo-American, approached her with all of these ideas about who she was as a Vietnamese immigrant. For various reasons, he felt he could access her life.

Americans all too often think that if a Vietnamese immigrant is damaged, that it comes out of the war. But Suzy’s greatest trauma isn’t leaving her country in a boat and living in a Malaysian refugee camp: It’s losing her husband. She got married at 19 and loved being a wife and a new mother, but these were new identities that she hadn’t fully lived into when she was made a widow. In the midst of all this, there’s war and chaos and she has no time to process anything, which is a real source of trauma. She’s uncomfortable with what she really feels.

Bethanne: Without spoilers, I also want to mention that Suzy is not a perfect mother. There’s an affecting scene in which you show her vulnerability as a parent and a woman.

Vu: No one has asked me these questions yet and it’s wonderful to me that you’re bringing them up, because it gets to the heart of what I wanted to say. In that scene, where Suzy fails to act and harm might result to one of her children, that scene is all about Suzy trying to figure out her own escape plan. She is so damaged, so traumatized, so lost that she thinks escape from what she has is the best way.

However, it gets at something much larger about rescue, I hope. There’s always been this narrative in American books and movies that I call the “Dances with Wolves Syndrome.” The outsider comes in and not only fluidly enters a culture or land that’s foreign to him, he also becomes the key to that community’s survival. I find that problematic. I wanted to see what would happen when an outsider comes in and has no agency, what happens when someone from that community is the person who is its salvation. Robert is impotent. Suzy is the real hero.

Bethanne: Is that a feminist message?

Vu: I’ve always been a feminist, but I became a much stronger one over the past decade because of someone I was dating who confronted me with things I hadn’t previously considered. So many men see themselves, I should say are taught to see themselves, as people who can and will rescue others.

But does the person actually want to be rescued? And by you?

Bethanne: Do you think a “hybrid narrative” is more suited to a feminist and/or “other”-focused story?

Vu: I don’t really know if I wrote a “hybrid narrative,” and I kind of love that fact that I don’t know. What I do know is that I love plot-driven stories of any sort, and I love heightened, amplified presentations of reality, because they force the characters to reveal themselves in ways they otherwise might not. How would you react faced with captivity or death or a dangerous heist? I like working in this mode, whatever it gets called, because it allows for such complexity.

While I know I’ll probably write about Vietnamese characters again—I’m actually toying with a book about the character Mai from Dragonfish—I might write about something and someone else entirely. The world is full of possibilities for me right now! I’ve been waiting for my first book to come out since I was five years old, and now it has happened.

That gives me some hope and optimism, although I’m a pretty cynical optimist if that word does fit. Publishing a book this late, in my 40s, has clarified a lot of things for me. I’m closer to the process of self-discovery now, and I’m finding that when you have clearly defined boundaries and structures, ironically, the world is more open to you. At least this is true for me.

To come back to genre: Again, this is why I love it. Once you have boundaries in place, you have even more room to experiment. Knowing who I am gives me more hope and optimism both as a writer, and as a teacher. My students include really brilliant, talented artists. For some colleagues, that might take away from their sense of self. For me, it opens things up. My students have a chance. That’s so exciting. 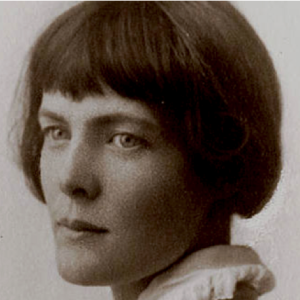 An interview with Padgett Powell, in which an extended scatological metaphor perfectly describes the writing process. | Literary...
© LitHub
Back to top