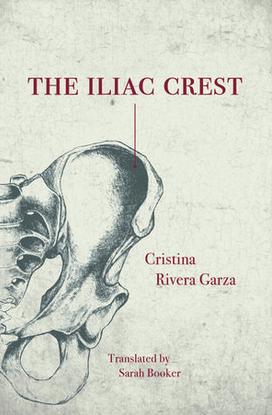 The following is from Cristina Rivera Garza’s novel, The Iliac Crest. An existential gothic tale about the high stakes of understanding the self. Rivera Garza’s plays with the literary and political histories of Mexico, the importance of queer visibility. Garza is the award-winning author of six novels, three collections of short stories, five collections of poetry, three non-fiction books and the recipient of the Roger Caillois Award for Latin American Literature.

Now, after so much time has passed, I am still dwelling on it, incredulous. How is it possible that someone like me had allowed an unknown woman into my house on a stormy night?

I hesitated before opening the door. For a long time, I debated between closing the book I was reading or staying seated in my chair, in front of the roaring fire, as if nothing had happened. In the end, her insistence won me over. I opened the door. I looked at her. And I let her in.

The climate, certainly, had worsened quite quickly in those days. All of a sudden, without warning, autumn moved across the coast as if it were at home here. The elongated and meager lights in the morning were there, as were the temperate winds, the overcast skies in the evening. And then winter arrived. And the winter rains. You get used to everything, it’s true, but the winter rain—gray, interminable, dull—is a tough pill to swallow. It’s the type of thing that inevitably forces you to hunker down in the house, in front of the fireplace, suffering from boredom. Perhaps that is why I opened the door to my house: boredom.

But I would be deceiving myself, and I would be deceiving you, surely, if I only mentioned the tiring prolonged storm that accompanied her appearance. I remember, above all, her eyes. Stars suspended in a devastating catlike face. Her eyes were enormous, so vast that they caused the world to expand around them, as if they were mirrors. I was soon able to confirm that initial impression: rooms grew under her gaze, hallways stretched out, closets became infinite horizons, the narrow entry hall, oddly reluctant at first, completely opened up. And that was, I would like to believe, the second reason I let her in: the expansive power of her gaze.

If I stopped here, I would still be lying. In reality, amid the winter storm, surrounded by the open space her eyes had created, what really captured my attention was her right hip bone, which, because of the way she was leaning against the doorframe and the weight of the water over her skirt with its faded flowers, could be glimpsed just below the unfinished hem of her T-shirt and just above the elastic of her waistband. It took me a long time to remember the specific name for that bone, but, without a doubt, the search began at that moment. I wanted her. Men, I am sure, will understand me without needing any further explanation. To the women, I will tell you that this happens frequently and with no fixed pattern. I will also warn you that this cannot be produced artificially: we, just as much as you, are disarmed when it occurs. I would venture to argue, in fact, that it can only happen if both of us are disarmed, but, as with many other things, I could be wrong. I wanted her, I was saying. Immediately. There was the characteristic throb in my lower belly, in case I had dared doubt it. And there was, above all else, my imagination. I imagined her eating blackberries—her lips full and her fingertips stained crimson. I imagined her slowly walking up the stairs, turning her head just enough to see her own elongated shadow. I imagined her watching the sea through the picture windows, absorbed and solitary like a mast. I imagined her leaning back on her elbows on the right side of my bed. I imagined her words, her silences, her way of pursing her lips, her smiles, her laughter. When I remembered that she was right in front of me, whole and wet, shaking in the cold, I already knew everything about her. And I suppose that this was the third reason I opened the door and, without completely letting go of the doorknob, invited her in.

“I am Amparo Dávila,” she murmured with her gaze glued to the windows, just as I had imagined moments before. She moved toward them without another word. She placed her right hand between her forehead and the glass and, when she could finally discern the outline of the ocean, let out a heavy sigh. She seemed to have been relieved of a substantial burden, as if she had found what she had been searching for.

From The Iliac Crest. Used with permission of Feminist Press. Copyright © 2017 by Cristina Rivera Garza. 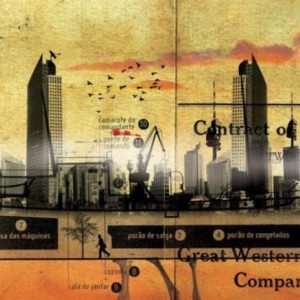