For the last episode of this season, it’s time to think about collections—story collections! Even more specifically, multi-author anthologies of new (or new-to-the-readership) work! So let’s take a trip to China, to Africa, and to Pasedena, California, for some thoughts on collection and curation.

Sheree Renée Thomas and Oghenechovwe Donald Ekpeki (Africa Risen) talk about their mutual appreciation, why it was time for a collection like Africa Risen, and just what it means when they say that Africa isn’t just rising but that it has risen.

Melinda McCurdy (Curator, British Art at the Huntington Library) explains how she views her role as curator and the unique opportunities presented by the change-up of a famous Huntington acquisition, and how curation can change an audience’s context and understanding.

*
Regina Kanyu Wang on deciding to include essays as a part of The Way Spring Arrives:

Ken Liu has also included essays in Invisible Planets and Broken Stars. So when we were working on this anthology, from the very beginning, we knew that we also wanted to have some essays.

So we reach out to the five essayists asking them to share their knowledge. You will notice, some of them are more about the general background of speculative fiction writing in China, but some of them are about the translation techniques and the skills. And also one thing unique in this anthology is that we didn’t put the essays in the back of the book—we put them in between, and they kind of serve as a thread. And so when you enjoy some stories, having some direct feelings or sensations about the context, then you get a little bit more like analysis or background. I think these essays are really an organic part of this anthology instead of something that had to be there or we forced to be there.

Oghenechovwe Donald Ekpeki: I feel like if we bridge that gap more often, we might create magic. Like what’s happening in Africa Risen, it’s simply magical. It’s simply beautiful. I don’t know if I would’ve been able to do it with just people from my community. There are things that Sheree brings to the table—high experience, deft handling of things and navigation of the industry—that we just can’t get elsewhere. There are very few people on the continent who have that experience.

I see the future being in how we come together to work on projects. I wish that this had happened much earlier. We have created way more magic instead of just feeling like we’re doing well, we’re doing well. Not that we’re doing badly, but we could do much better.

Sheree Renée Thomas: For me, the short fiction form is a masterful form. Which is why I love it, I know that’s why Ogee loves it. For me, anthologies are the heart of our genre. It’s where you are able to find and discover new voices that you might not have found before. It is a place for experimentation. It is a space for emerging writers to begin building an audience. And it’s an opportunity for readers to get a taste of a multitude of ideals and aesthetics and themes and ways of storytelling, and it takes you around the world and across time, across geographies. So for me, short fiction, especially ones that are original short stories, that is where you can get a peep into what the future’s gonna hold.

Some of those writers that were in Dark Matter were unknown to most readers at the time, and now they are doing beautiful work in the genre and have influenced so much. I’ve got Pulitzer Prize winners that came out of that collection, National Book Award finalists, New York Times bestsellers, Science Fiction grand masters—people who have gone on to do amazing work. And that’s what you hope for when you’re editing a literary journal, a magazine, an anthology: you hope for the writer that you find over the transom or in the slush pile, the unsolicited writer who came to your open call.

That’s what I see the role of anthologies like Africa Risen doing. I’m hoping that some of these writers who may be new to readers are able to do other great work, and like Ogee said, collaborate on other projects that have not yet been imagined, because we do have a lot of different skills and resources. I feel like we are gonna have to look ahead after this book is published maybe five years and see where some of these writers are in terms of their own work and the new projects they create.

*
Melinda McCurdy on the way curation can challenge expectations:

We just happen to have this very famous painting that a large portion of our public really wants to see on the wall. They want to know it’s always going to be there. So we wanted to be able to have it on view for them as much as possible. As a curator, as a historian of British art, I am 100 percent okay if The Blue Boy is not on view all the time, because it is a British painting, it’s probably not our most important British painting—it’s probably not even our most important British portrait. Maybe that’s blasphemy to say, but it is a painting that’s beautiful. It is a highlight of the artist’s career. It’s a highlight of our collection, but it is one painting.

And there are other things that we can talk about. So we did recently send Blue Boy to London on the 100th anniversary of its acquisition. And in that instance, we knew that some people wouldn’t be happy that we did that. And then other people would be happy, just depends on your perspective. But we wanted to make sure people understood that we were doing it for a reason. There was a real educational opportunity here for us to have the painting be seen in a different context, within the collection of The National Gallery as opposed to within the Huntington collection. And there’s a whole publication that came out of it.

We also, on that same occasion of the hundredth anniversary of the acquisition of Blue Boy, commissioned Kehinde Wiley to do a portrait using Blue Boy as the model. And so that took the place of Blue Boy while it was traveling to London. And it was a revelation for people to see this figure that wasn’t Blue Boy, it was a young black man from Senegal standing in place of Blue Boy, and to understand what they were seeing, how it was different, what the different impact of it was versus what they expected to see or what they normally would’ve seen.

Arun Sood Reads from New Skin for the Old Ceremony 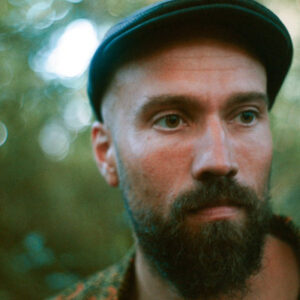 Arun Sood Reads from New Skin for the Old Ceremony