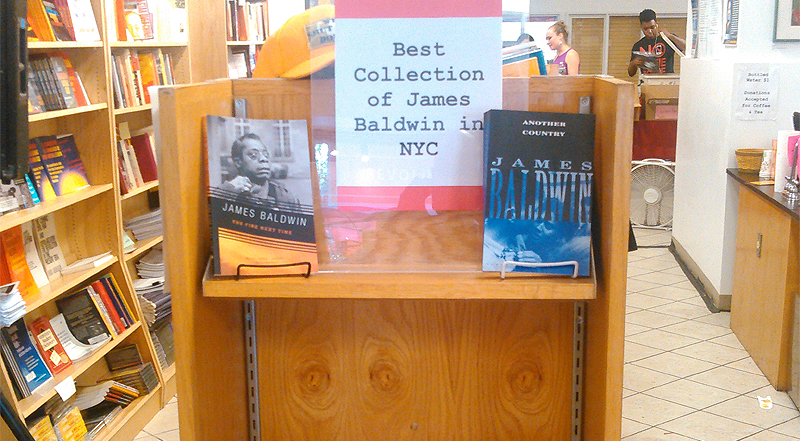 Revolution Books' Mission to Build a Community of Defiance

There was a time when it wasn’t so peculiar to believe that a new world order might be launched from a bookstore. In Harlem, on the stretch of Lenox Avenue also known as Malcolm X Boulevard, across the street from St. John’s Pentecostal and two doors down from the House of Seafood, that time persists—at least inside Revolution Books, which is either a throwback to a bygone era or the vanguard of a strikingly new one, depending on whom you ask and whether a bigoted oligarch has recently been elected to serve as President of the United States. On that latter subject, the signs propped up on the sidewalk and hanging in the front window make the store’s position fairly clear: “Mein Trumpf: A Thoroughly American Fascist Pig!” declares one, with a graphic mashup of Trump, Hitler and a Klansman. Another: “In the Name of Humanity We REFUSE to Accept a Fascist America.”

If you live in New York or have recently made your way up Fifth Avenue to the barricades outside Trump Tower, most likely you’ve noticed those same signs, near the center of the chanting crowds.

“A lot of people are coming inside because of the signs,” Andy Zee, Revolution Books’ spokesman, told me the other day when I went by for a visit. Zee has the look of an eminent radical: white hair, glasses, soul patch, dressed in shades of black. He has been involved in the fine arts for most of his life, political activism since the late 1960s, early 70s heyday, and Revolution Books for the last decade or so. He’s part of the team that oversaw the store’s move from Chelsea, where it had been based since 1978, to Harlem, last year. Zee and the others are still hoping their downtown clientele can be convinced to make the trek uptown. In the meantime, they’re enjoying the foot traffic, thanks in part to the signs and to the election, not to mention the absence of other bookstores, independent or otherwise, serving Central Harlem, one of the city’s longtime intellectual and cultural bastions.

This is the shop around the corner—a very particular corner, in a moment of unrest. Just inside the door hangs a yellow traffic sign that shows one stick figure shooting another whose arms are raised.

Revolution Books is ideologically committed to the Revolutionary Communist Party, USA, which advocates overturning the country’s political system and replacing it with a socialist republic. The Party does not own the store, and whether a given volunteer is a member of the Party, the old saying, I was told, still holds: “Those who know don’t say, and those who say don’t know.” But that doesn’t mean prospective customers are proselytized to. “We don’t start talking about the Cultural Revolution soon as you walk in the door,” Zee said. “We’re revolutionary, but we have very big arms.”

The store keeps a diverse inventory. On the front display, you’ll currently find copies of The Diary of Anne Frank and Margaret Atwood’s The Handmaid’s Tale beside political screeds, constitutional studies, and Maus. A few steps in is one of the store’s most popular sections, dedicated to “Black People in the US,” with radical classics from George Jackson and the Soledad Brothers, new books from Yaa Gyasi and Jesmyn Ward, and what purports to be the “The Best Collection of James Baldwin in NYC.” As I was crossing the sales floor, I heard staffers discussing whether Hope Jahren’s science memoir, Lab Girl, fit the revolutionary spirit around the cash register. The verdict? It does. Nearby, a young couple was wordlessly rifling through shelves filled with fiction from Latin America.

All that’s not to say you won’t end up talking politics at Revolution Books. Browse the stacks and keep to yourself if you like, but if you’re feeling angry or disenchanted or you’re simply curious about the new Colson Whitehead novel, RB volunteers are ready to dig in. The afternoon I went by, I counted no fewer than seven hanging around the shop, chatting up customers and one another and making coffee. Below the pot, a chalkboard denouncing fascism also offered: “Why did this happen? What to do? Let’s talk!” One of the volunteers, Kevin Lee, took off a single black glove to shake my hand. He said that getting to talk with people was the best thing about Revolution Books. I asked if he thought the store was becoming an integral part of the community. “Oh yes,” he said. “Most definitely.” His smile impressed me as more assured, more optimistic than any I’d seen all week.

Andy Zee, the store spokesman, struck the same upbeat note. He explained that the name of the shop is not just a marketing slogan. “This is a center for an actual revolution.” That’s why the shelves are well stocked with the works of Bob Avakian, the leader of the Revolutionary Communist Party, USA, whose name is often on the lips of volunteers. “You’re not going to get us not to talk about communism,” Zee said, perhaps noticing my hesitation at mention of the new synthesis and Avakian, or “BA” to those in the know. “People are always giving me that advice,” Zee went on. “‘Keep the revolution, but be a little quieter about the communism.’ We’re not going to do that. That’s not what people need. But maybe we’ll surprise you with a recommendation. Go read Igoni Barrett. Check out Edward Baptist. What we need is a great diversity of opinions. We’re dedicated to critical thinking.”

That same resolve extends to the realities of a capitalist marketplace: the demands of publishers and distributors, the ebb and flow of shopping cycles, the rent on 1450 sq.ft. of New York real estate. Not long ago there were a dozen or so Revolution Books around the country, each one independent but identifying with certain shared political tenets. In 2014, the Los Angeles iteration, on Hollywood Boulevard, closed up shop. Last year, Harvard Square and Honolulu followed suit, though they still set up tables at fairs and festivals. That leaves Berkeley, Chicago, and New York carrying the torch.

This summer, RB New York raised $28,482 through an Indiegogo campaign. Much more is needed.

“We’re committed to being a real store,” Zee told me. “If we leave, what else is there like this place?”

The question seemed quite genuine. I tried to think of somewhere, but couldn’t.

In the lead-up to the inauguration of the new President, Revolution Books is looking to prove its worth. Last week, a flier went out announcing “65 Defiant Days”—two months of programs exploring the roots of fascism and oppression in contemporary America. There will be discussion groups, poetry readings, film screenings, and live music, including a show by Arturo O’Farrill, the Afro-Latin jazz legend, on a stage that’s being built at the back of the store, with neighborhood help.

The goal of it all is to bring a community together in defiance.

With any luck, sales may see an uptick, too. New books are coming in all the time, now that RB has settled into its Harlem home. There’s plenty of merchandise on offer, too: Libros/Revolución mugs, Stop the Police t-shirts, red tote bags trumpeting the store’s new address: 437 Malcolm X Blvd, NYC.

“Fascism hasn’t coalesced yet,” Zee said, as my visit was wrapping up. “It shouldn’t be allowed to.”

On my way home, I decided to pass by Trump Tower. The barricades were still up on Fifth Avenue, but mainly they were being used as a backdrop for tourists who wanted photographs with the Tower and the police and the Christmas lights on the face of the Tiffany building. The protesters were gone, at least for the evening. As I walked on toward the subway, something Andy Zee had said earlier came to mind: “You are like millions of people who are waking up. But there are other people working overtime to put you back to sleep.” It had sounded like a slogan, but now I looked over my shoulder and noticed the Tiffany lights had begun to flash. Nobody at all was looking at the Tower.

Back at Revolution Books, I felt sure, the lights were holding steady and people were talking.

Interview With a Gatekeeper: OR Books' Colin Robinson

Finding Empathy in the Face of Hate 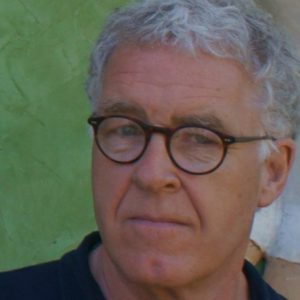 Interview With a Gatekeeper: OR Books' Colin Robinson

I spoke with Colin Robinson, co-founder and editor of OR Books the day before the 2016 presidential election. We talked about...
© LitHub
Back to top