The Grumpy Librarian: When You Get Thrown Out of Book Club

NOT YOUR AVERAGE READERS' ADVICE COLUMN

Caitlin Goodman, aka, The Grumpy Librarian, is here to help. The rules are simple: if you’re looking for what book to read next (who isn’t), just send over two books you love, and one you… don’t. The Grumpy Librarian will do the math and provide you with the ideal next read. (To submit your books, you can email TheGrumpyLibrarian@lithub.com.)

Dear Exclamationist: The Grumpy Librarian is sympathetic to unwavering extremes of opinion, and was therefore wooed by this submission’s addition of five exclamation points to the title of Orphan Train—a true hatred indeed. Don’t tell the GL’s mother-in-law or her full-time employer (who last year picked it for One Book, One Philadelphia), but she wasn’t all that into Kline’s weather-beaten framing of “prickly teen learns Lessons from prickly oldster” either. Not five exclamation points not-into-it (the story well-threaded and fantastically grounded in historical detail) but she understands sometimes a woman just needs to take a stand, throw a tantrum, and get thrown out of book club.

You had good results with two gently magical-realist-adjacent novels both set in poetically resonant war zones, so let’s stick with what works in case you’re ever invited back to book club. Ann Patchett’s Bel Canto is usually a hit in those parlors that turn up their noses at Oprah. It’s loosely inspired by a real-life hostage crisis in Lima, Peru, it spends a lot of time talking about opera, it’s beautifully written, and it’s just literary enough to satisfy the kind of snoots who pick their books from the alumni roster of the Iowa Writers Workshop. Go forth with whimsy and terror and an appropriate quantity of literary accolades. 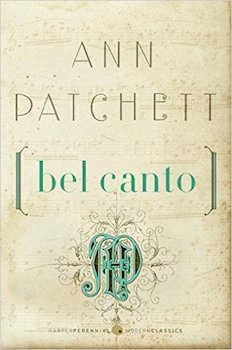 –Yours, a reader in Russia

Dear Reader in Russia: The best part about 11/22/63 to your faithful readers’ advisor who has not read it yet is that every mention of it apparently requires recognition that Stephen King did research, like a real history-investigating person, to write his time-traveling alt-history. Well, Umberto Eco did soooo much research he managed to make a medieval Benedictine linguistic mystery a bestseller and eventual die the leading public intellectual in Italy. And unless Salman Rushdie was an especially observant infant, the GL suspects research was involved in his absolutely terrifying depiction of The Widow Gandhi and all 235,890 other characters in Midnight’s Children.

So OK, you like history and death, but maybe not magical history and death. Edward P. Jones’s The Known World doesn’t have time travel and there aren’t any villains named after Jorge Luis Borges, but it’s a spectacular specimen of historical fiction. It’s a deliberately-paced moral narrative set on and around the plantation of a black slaveholder, more character-driven than either of your history picks, but hardly unplotted. There are a lot of interlocking narratives (and a lot of Milton quotes) but 100 percent less mystical sorcery. Bonus unrecommendation: don’t read One Hundred Years of Solitude, you don’t deserve it. 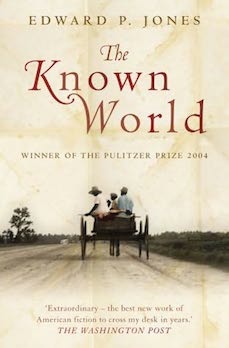 On the Impossibility of Seeing Yourself