The Great West Has More Than One Story to Tell

I write this in December, still unable to process the results of the recent election. Some in my rural town have surely been celebrating, but it continues to feel like a surprise gut-punch for many of us; we had dedicated countless hours to ensure that Colorado, a swing state, went blue. It did, but barely, and we lost the larger fight. Weeks have passed and it feels as if we’re just now getting air into our lungs.

There’s a bit of sad irony here for me. In my novel The Blue Hour, this is the exact feeling I attempted to capture—the feeling of a small community stunned by an event then scrambling for recovery. I spent a lot of time imagining this type of surprised sorrow—the ache in the gut, the gasp for air, as well as the best ways to recover from it, which basically involved living life with more attention and awareness of the fragility and tenderness of community bonds. Or in local parlance, the way to get back in the saddle again, cowboy up, cupcake.

Now that I’m actually experiencing this particular sensation, I’ve begun to wonder about the role of books, of bookstores, of publishers who promote voices that illuminate terrible truths, show paths of resistance, and instigate change. I also feel an old and odd anger, one relatable to many in the West. It’s a worn-out whine: Our voices and stories aren’t heard by those the publishing houses of New York or the TV studios of Hollywood, and, if they are heard, we are still being mythologized and romanticized—and if there’s one thing I do understand about the red swath of the middle of America, it’s that it feels overlooked and misunderstood.

While most Americans have similar concerns—a novel set in New York or Colorado or Indiana will likely have the same themes and plot elements, after all—these concerns are borne out differently, and how our stories are borne out matter very much to how they are comprehended. A car breaking down in the middle of eastern Colorado is a different sorrow than a car breaking down on a turnpike in New York. Teenage motherhood is experienced differently. Racism and homophobia are expressed differently. Climate change concerns are felt differently.

And it is on this last point that I believe that out here, in the Land of the Middle, we are least heard. More than literature set on either coast, I believe place infuses our literature, and that is because place and weather so directly impact our lives. We notice the beetlekill, drought, pollen counts, declining populations of birds. During the writing of this novel, I was evacuated one summer because of wildfire, the next year for a flood that was a result of that wildfire, there being no mountainside vegetation to hold the water. In this type of world, certain types of stories assume greater significance.

This is reflected in our evolving literary trends. For years, the West has been granted a single story, featuring a quiet and stoic man with broken dreams seeking justice by solving a crime or killing a bad dude in front of a gorgeous sunset-ridden backdrop. Minorities and women had no place in these stories, save to reflect something about the man. And most of all, the landscape was a friend, part of the glory of the American West.

This is no longer the case—at least, in our best and truest stories. For one thing, we’ve socially evolved: We began telling stories that exclude guns and vengeance altogether. New voices became part of our literary dialogue, including those of minorities and women, and they have more complicated and interesting things to say than the writers still imagining stoic cowboys. The fact is, there is less horseback riding than either coast wants to admit. Mostly, we are inside our homes, working and cleaning and cooking and drinking too much wine and rearing our children, just like the rest of America. While the landscape is still beautiful, it does not feel like a healthy friend. Riding off into the sunset, we might encounter a drought or wildfire and be killed.

We need to evolve once again. It might start with readers outside of the West seeking out stories about our actual, lived experiences. It might start with the creation of more complex characters, because besides the stoic cowboys around me in my rural hometown—and they exist—there are also painters and musicians, PhDs, meth addicts, folks suffering from anxiety and folks suffering from love. Our literary canon will be more complete when these stories are included, and our national understanding will be more complete when they are heard.

One particular memory has kept popping into my mind this week. It must be a body-memory; otherwise, why do I recall this one moment, one that I haven’t recalled in years? I was bucked off a horse when I was 16 or so, the horse having been spooked by the buzz of a rattlesnake. When I landed, I remember thinking, “Oh! This is what they mean by gut-punched,” that moment being the first time I’d been hurt enough to feel as though I couldn’t get oxygen into my body. But I also had a larger sensation of trying to stand up quickly, because I didn’t know what the horse would do and I didn’t know where the snake was.

Here I am again, terrified and trying to stand but feeling unable to. That one event was enough to shy me away from horses for good. I don’t want this election to have a similar effect—to turn me away, bitterly muttering about the nation and its (seeming) priorities when I feel such a danger looming over our beautiful, spinning planet of blue. It’s tempting. When you get knocked down so hard, it’s difficult to get back up. But my fictional community did, so I guess I must as well. I hope for the power of literature, hope to be heard, hope that the environmental crisis we are experiencing in the West won’t turn us inward and render us unkind.

I hope, too, that the middle of America might become a big swath of blue someday. I wonder if that will only happen when we feel that the issues we face, in our day-to-day lives, are addressed, or we feel safer somehow. Please don’t get me wrong. All of our battles are so important, and I so respect the people who fight them. Black lives matter so much. Muslim lives matter so much, and gay marriage is a human essential right. But just like Colorado’s win didn’t matter in the big fight, I worry that these battles too will prove to be moot. What will happen on a crowded planet under duress—well, that’s what motivates me to rise again.

Laura Pritchett’s new novel The Blue Hour, set in an isolated Colorado community, is set to be released in February by Counterpoint Press. More at www.laurapritchett.com 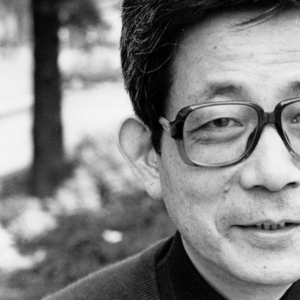 15 contemporary works of literature by and about refugees. | Literary Hub Kristen Evans on how repealing the ACA will...
© LitHub
Back to top