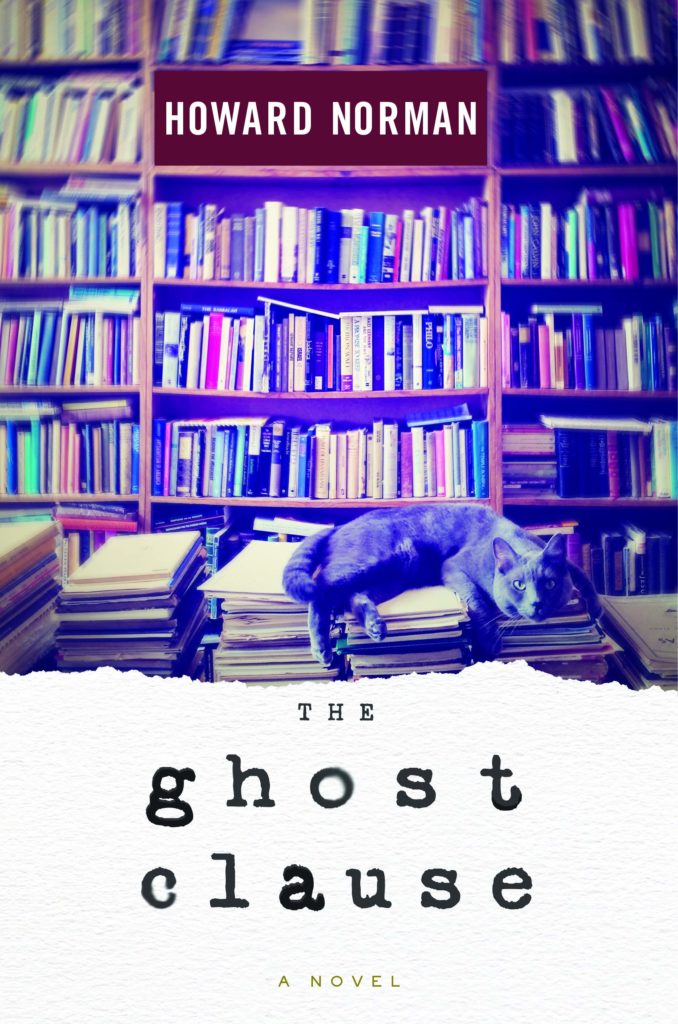 The following is from Howard Norman's novel The Ghost Clause. Simon, recently deceased, continues to inhabit his house after his wife sells it to a newlywed couple. Howard Norman is a three-time winner of National Endowment for the Arts fellowships, and a winner of the Lannan Award for fiction. His novels The Northern Lights and The Bird Artist were both nominated for National Book Awards.

Every waking moment, I’m astonished that I have any consciousness. I feel like a stenographer of the afterlife—what am I to call myself now, a revenant? An apparition? An entity? I need to find a word in any language that might work. I have no useful spiritual predisposition or references. Here’s how I often feel I would appear, if I appeared: like that famous hollowed-out-looking man on the bridge in Edvard Munch’s The Scream. This image keeps recurring to me. What’s more, here’s a phrase that I am tempted to begin every single sentence with: In the hours still left. Because that is what I really feel, that my hours of consciousness, of ongoingness, in whatever one might call my present status—I prefer to call it

the ongoingness—are limited. But by what definition are they limited? Perhaps the afterlife is like starting a new life within the one I had. Like that line from the French poet Paul Éluard I love so much: There is another world, but it is in this one. The bardo might come closest, yet that Tibetan phenomenon requires a long journey in which you have to conquer certain demons. But I’m just here in my safe farmhouse where I’ve always been.

I’ve just today found one library shelf still filled with Lorca’s books and a box of recipes written out on three-by-five cards. For some reason, Lorca didn’t take these from the house, to keep or give to the Kellogg-Hubbard Library or sell at Country Books. I was absent-mindedly looking at the recipes when I saw one for lemon chicken that I’d been competent at cooking. It brought to mind, with the immediacy of a reel of film, the evening before I’d left on the ferry for Nova Scotia, to do a literary reading and lecture at Dalhousie University. I didn’t often get invited to do such things. And as it turned out, it was my final journey, as it were, besides my being returned home for burial.

On an evening before I left for Bar Harbor, I prepared lemon chicken in the Dutch oven. Lorca, beautiful love of my life, we were in the sixteenth year of our marriage, and yet she and I had conversed that evening over dinner with the affected casualness that befitted avoidance, and it wasn’t difficult to tell that this made us both separately sad. Lorca got up from the kitchen table, kissed me on the forehead. “I’ll put on coffee,” I said. Clearing the dinner dishes, she said, “Let’s watch

The Letter, okay? You know, the Bette Davis flick, with the most frightening ending ever.”

I had a twenty-year-old leather duffel. I was laying in it a few shirts, underwear, a pair of Italian wool trousers, dress shoes, sports coat. I was supposed to be away from home for only four days. Lorca sat on the end of our bed. “Want to know my most recent secret?” she asked.

“In my studio, I’ve watched The Letter every afternoon for ten days running.”

I placed an extra pair of socks in the duffel, along with a copy of the short novel In the Dutch Mountains by Cees Nooteboom, a recent favorite author. I then sat in the overstuffed chair.

“Want a shot of your favorite vodka?” she asked.

“From the look on your face, I think I should want one.” Lorca went down to the kitchen, got the bottle of vodka out of the freezer, poured each of us a shot glass, and carried them back. I thought, this is a very difficult time between us. She was deep into her Emily Dickinson–inspired paintings, working longer hours than usual in her studio above the Adamant co-op. I mean a sequence of twenty paintings, more or less inspired by the line

We talked between the rooms. Once, in the middle of the night, several weeks into this project, Lorca startled awake and said, “I wonder if Emily was barren.”

I thought at first Lorca was talking in her sleep, but then she put her hand on my shoulder and said, “Sorry, darling, I’m just muttering in the dark.”

I’d always felt that in a marriage, if you hit rough waters, you try not to capsize—I’m a writer but not adverse to such clichés on occasion, especially when a touch desperate—and if the situation puts you in extremis, you try to figure out a way to start a new marriage within the one you already have. However, sitting there that night, after we clinked glasses, such platitudes felt useless. As Chekhov wrote, any given moment can suddenly fill you with a sense of elegiac anticipation. It felt dreadful.

Lorca said, “I’m not going to just sip.” She threw back her vodka, let the sting and warmth of it register, flattened her hand against her chest, and said, “Whew! That helps.”

“Why put yourself through it? The Letter. If the ending so frightens you.”

“I guess it’s to keep discovering that the ending is worse than I remembered, even just from the afternoon before.”

“Bette Davis’s guilt, that she’s had the affair, becomes her fate, right? She walks into that moon-covered-by-dark-cloud alley and gets stabbed.”

“She knows she’s walking to her death, that’s the thing. I’ve always thought she knew. It all feels predestined. How did she put it? ‘With all my heart, I still love the man I killed.’ But you’d be wrong, Simon, if you thought I was having an affair.”

“I didn’t think that. Why would I ever think that? We have other problems, but not that. Besides, it may be that Bette Davis just lost the will to live.”

“Well, there’s different theories about that.” “I hate that,” I said.

“Because it means I may not be right.”

“I’m not in a laughing mood, Simon, but that’s funny.”

This was a wretched impasse. Naturally, I had hoped that Lorca would’ve immediately returned the sentiment. Offered even an approximation of “I’ll miss you, too.” But she was incapable of hiding ambivalence, which I did love about her. Nor was she capable of contradicting our recent sense of estrangement. All of the above and perhaps more. Though we slept in the same bed every night, we hadn’t made love in five weeks.

Remembering Rip Torn's "I . . . am a writer" speech from Wonder Boys 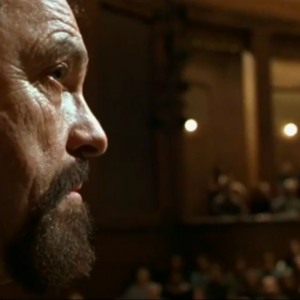 Remembering Rip Torn's "I . . . am a writer" speech from Wonder Boys Beloved stage and screen actor, geriatric bank robber, and Norman Mailer hammerer Rip Torn passed away on Tuesday, after...
© LitHub
Back to top