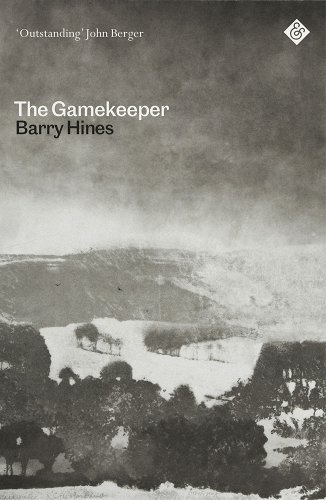 The following is excerpted from Barry Hines' new novel, The Gamekeeper. Born into a mining family in a South Yorkshire mining village, Hines (1939-2016) worked first in a coal mine before going to college, working as a teacher, and then becoming a full-time writer of fiction and screenplays for film and television. Hines is best known for A Kestrel for a Knave, a novel that has never been out of print in the UK and was filmed by Ken Loach as Kes.

February. It was time to catch up the pheasants.

George Purse bent down and picked up his boots from a newspaper which his wife had put down to keep the mud off the kitchen floor. Holding the boots in one hand he unlocked the kitchen door and stepped outside to put them on.

He stood on the doorstep and banged the boots together, and segments of dried earth fell from the tread of their soles like typeset from a tray. The noise woke up the dogs in their pen, and they appeared from their kennel in slow procession, the springer spaniel, the black labrador and the cross-bred terrier, stretching and snuffling, and yawning clouds into the cold morning air. The terrier was awake first. He rolled over and rubbed his back hard against the concrete floor, simultaneously kicking his back legs into the air as though trying to brace them against something solid. Growling with pleasure, he practiced a few bites at nothing in particular, then he jumped up and shook himself so vigorously that he went stiff-legged and his pads kept vibrating from the floor.

George Purse sat down on the bench underneath the kitchen window to fasten up his boots. Overnight, the leather laces had dried stiff, and although this made them easy to thread, it made them difficulty to knot when he reached the top. Cursing the laces softy and passionately, he tugged hard and managed to tie a double bow in each one. But the knots had not jelled, there were spaces between them, and when he stood up, his head aching from bending over, his fingertips sore and already feeling the cold, it looked as though he had finally solved the problem with a couple of Chinese puzzles.

He looked up at the sky; it was a habit, a reflex action. What happened in the sky was important to gamekeepers. The weather, and the birds which occupied the sky above their territories were important factors in their work. There was only one bird up there, a lapwing flying upwind, its broad supple wings carrying it easily through the north-east wind. George Purse saw it, identified it and forgot it. He was not interested in lapwings. They did not interfere with his work. Lapwings were not enemies of game.

He walked across the yard to let the dogs out for a run while he collected grain and water to feed the pheasants. The dogs were waiting for him at the door of the pen. He did not have to open it. As soon as he removed the lock they pushed their noses into the crack by the jamb and sent the door crashing back on its hinges. George Purse cursed them as they rushed past his legs. They came out in this way every morning, and he cursed them for it every morning. He inspected the hinges. They were still firm, but the jamb was splitting vertically above the top one.

The dogs sniffed and cocked their legs at familiar corners, then the springer and the labrador got their noses down and worked over the whole of the yard. The terrier just ran about wildly with his hackles up, barking. He kept running at the other dogs, jumping at them and growling at their throats. The labrador ignored him. He just stood still, lifted his head out of the way and looked about him until the irritant went away.

But the spaniel was less patient. He would tolerate two or three of these mock attacks then retaliate, snapping and snarling the terrier into yelping submission on his back, pink belly exposed, front paws together at his chin. Dominance reasserted, the springer continued to quarter the yard. The terrier just jumped up and started all over again. This was what he was bred for, fighting. He was just as obdurate when put down a fox’s, earth. Sometimes he would come tumbling out yelping with pain, an ear torn, his face gashed, or a patch of hair ripped from his back; but after a quick examination by the game-keeper to check that the wounds were only superficial, he was always willing to run back to the blind fight down the stinking burrow.

The labrador and the spaniel having systematically worked the ground between the outhouses and the cottage, left the yard and started to work in amongst the trees at the edge of the wood. The gamekeeper let the hens out into the yard, then unlocked the stable door of the adjoining outhouse, where he kept his feed and all the tools of his profession except for his guns.

He pulled open both doors to let the light in, and the clean whitewashed walls of the interior reflected the light, held it, and made it bright enough to use. The room was immaculate. Every object had its place.

Sacks of dog meal, hen meal and grain for the pheasants were stacked beneath the bench along the back wall. On the bench there was a box trap and two folded ferret bags, and on a shelf above the bench stood cans of vermin poison, and other cans and bottles containing medicine for pheasants.

Through the years, a succession of gamekeepers had hammered nails and hooks into the walls on which to hang their equipment. Some of these pegs had worked loose and were fragile through corrosion, and during his ten years at the job George Purse had knocked in several six inch nails of his own. From one nail hung a selection of leather collars, leashes and rabbit skin dummies used in the training of gun dogs. From another, a dozen wire snares. A bunch of Fenn traps, suspended tautly by their chains, threatened their hook with extraction, and next to them, carefully coiled and tied, a long net, used for rabbiting. The gamekeeper’s waterproofs were hung directly above his wellington boots. On another nail hung a keep net and a fishing rod in its canvas sheath; and on the flagstones, beneath these nails, stood three buckets, two oil lamps, and in one comer, a rabbiting spade with a sharp worn blade.

The gamekeeper pulled open the mouth of a sack of grain, then fetched a bucket and started to ladle grain into it with an old enameled jug. Load after load of teeming grain until the bucket was almost full. Then, there was such a squawk from outside that it made him jump, he jerked the jug, and grain spilled on to the floor. Furious, he hurried to the door.

The sight of the hens had been too much for the terrier. He had approached one, it had shied away, therefore he had been forced to chase it. When the gamekeeper reached the door of the outhouse the hen was still winning, just. Neck out, squawking, it strained forward with flailing wings. But its weight was unevenly distributed, the bulk of it was too far back for serious sprinting, and its action was merely a preliminary to taking off; which it did, every time the terrier snapped at its tail.

Each flight lasted two or three flaps, then it plumped down in a brown flurry and strode on again before the terrier could force it down and get its jaws across its back.

The gamekeeper let out such a roar after the terrier, the results of which could not have been more immediate if the reprimand had been physical. The terrier stopped the chase, looked back over his shoulder, then trotted away, eyes rolling for fear of something worse. It was time to join the other dogs in the wood. He would be safer distinguishing the scents of night visitors, and grumbling at their smells amongst the frozen leaves beneath the trees.

The racket had awakened the gamekeeper’s wife and children. The two boys looked out, then eased their way further into their warm beds. They knew by the degree of light in the bedroom that it was not yet time to get up for school. The gamekeeper’s wife tried to stay awake. She had to get up. Her husband would expect his breakfast to be ready when he returned from feeding the pheasants.

Excerpted from The Gamekeeper by Barry Hines. Reprinted with permission of the publisher, And Other Stories.

The winner of this year's Story Prize is Brandon Taylor's Filthy Animals. 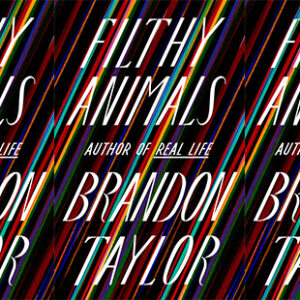