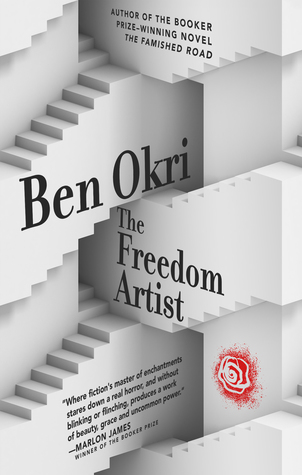 The following is from Ben Okri's new novel The Freedom Artist. Okri won the Booker Prize in 1991 for The Famished Road and has published eleven novels, four volumes of short stories, four books of essays, and four collections of poems. His work has been translated into more than twenty-five languages. He is a fellow of the Royal Society of Literature, a vice president of English PEN, and has been awarded the OBE as well as numerous international prizes and honorary doctorates.

It is written in the oldest legends that all are born in prison. This prison is all they know. Literature describes life in it. Religion hints at redemption from it. Having lived here all their lives, humans have ceased to see it as a prison. “This is all there is,” the realists said, “so we might as well make the most of it.”

That had been the dominant thought for thousands   of years. Under its influence humans had created civilizations all over the world. They had waged wars, erected pyramids, and punctuated the silent text of the earth with temples.

To create a reality more real than the world was their idea of perfection. Music filled the lands with the sistrum and the lyre, the flute and the drum. They created music of such beauty that they temporarily forgot their underlying misery. Their civilizations became so successful that they forgot they were in prison. They began to think they were free.

Through the years of living and dying people forgot they were in prison. But they could not reconcile the splendor of their condition with the underlying misery of their lives, as they emerged on earth and retreated into dust. They felt the misery even in the splendor.

From time to time they heard rumors, whispered by poets and uttered by the mad, that they were all prisoners. They were born that way and would die that way. These rumors bothered the people.

Every now and then a philosopher, poring over the ancient legends, would come upon a fragment of the founding myth. One such philosopher, sharing his discovery, wrote: Humans are born in prison, and everywhere think they are free.

This caused shock waves across the world. It became necessary for the authorities to proscribe these ideas or to distort them.

They need not have bothered. People do not believe that which does not please them. They preferred new myths which celebrated their freedom.

This state of affairs continued for a long time. There were wars, famines, floods, economic disasters, and all the vicissitudes which attend the human estate.

Things might have gone on in the same way were it not for an event which disturbed their age-old certainties.

One day a man stared at the reflection of the sun in   a lake. Lost in reverie, he found himself somewhere he had never been before. It was nothing like the earth. When he came back to himself he was still sitting by the lake. He told some friends about this experience, but they regarded it as a lapse of the mind.

On a splendid moonlit night a young girl was reading one of the old myths. While she read she found herself on the bank of a river of light. It was like nowhere on earth. Its beauty startled her back to the room where she had been reading. She told the experience to her parents and they said she must have been daydreaming.

These anomalies were never reported to the authorities. They never appeared in the rumor sections of the newspapers. But they began the age of disquiet.

Not long afterward, on a cold and silent night, a cry was heard. Someone had escaped the prison of the world. The cry announced the extraordinary life beyond. This was not a cry of lamentation, but of exultation. It was heard on the edge of the desert. It was heard once and never again. That one cry was enough to infect the world with unease.

There are few things as haunting as a question posed in the night. For the first time in centuries the notion that the world was a prison was heard again. The founding myth, long forgotten, was beginning to speak.

New versions of the founding myth had been gaining mysterious circulation. In some versions it wasn’t the earth that was the prison, it was the universe. For many this was an intolerable notion. Some thought it funny that people who accepted the limits of the earth could not accept the confinement of the universe. Which was better, they asked: to be free on earth or a prisoner in the universe?

Then a radical version of the founding myth appeared. It was not the earth or the universe that was the prison, it was the body.

This was one prison too many and riots broke out everywhere. The authorities tried to suppress these subversive ideas. The police confiscated large numbers of books. They imprisoned publishers and booksellers. They  destroyed all forms of printing. These versions of the founding myth were burned in public squares. People were forbidden to read them, under punishment of death.

But it was too late. The damage had been done. The idea had entered the bloodstream of the world. A few people, who were terminally ill anyway, took their lives because they wanted to escape the prison of their bodies.

The idea made life for them not worth living.

The last question caused the greatest perplexity of all. One night the question appeared on the walls of buildings. It flowered on the streets, was painted on cars and billboards, stenciled on walls, spray-painted on buses. The question was everywhere.

WHO IS THE PRISONER?

At this point, the authorities decided to act. Things had gone too far. The questions had begun to induce lethargy, despair, rebellion, and riots in the populace. The perpetrators of these intolerable questions had to be found and destroyed so that society might recover its equilibrium. Spies and informers infiltrated the populace to root out those responsible for what was becoming known as the age of anxiety.

It is written, in a lesser legend, that in a prison the size of a country there were prisoners who had been there for generations. Their original crimes had been forgotten in the fog of time. Families gave rise to families and were scattered through the length and breadth of the vast prison.

There were whole tribes of eternal prisoners.

At some time or other most people found themselves on the wrong side of the law. It became necessary to extend the prison till it took on the proportions of a country. Then it was proposed that an entire continent be devoted to containing the exploding criminal population that was humanity. Soon there were more people in prison than outside it.

The prison became the world.

Meanwhile there were catastrophes across the earth. Sea levels had risen. Forests had become sparse.

The rich had taken over the earth. They lived in heavily fortified houses while the poor fought for food, marauded the streets, and slept in the open.

Books had become rare. All knowledge existed in immaterial form. Centuries of being attached to the machine had atrophied the languages of the earth. Slowly the races returned to a primitive form of speech. Ideas were communicated in grunts. Shrugs and facial expressions were the new vocabulary.

The few that retained the power of language kept to themselves. Lest their ability drew scorn upon them, they didn’t speak in public. The economy was managed by a handful of superbankers. Newspapers ceased to exist. Except as organs of the state. Television was run by the people. Programs consisted of the daily life of the populace. Radio stations had fallen to ranters. Day-long harangues dominated the airwaves.

Anomie had spread across the world.

Excerpted from The Freedom Artist by Ben Okri, copyright 2019, 2020 by Ben Okri, reprinted with permission of the author and Akashic Books (AkashicBooks.com).

Vivian Gornick and the Revolution That Won't End

The Fraught Task of Describing Life with David Foster Wallace 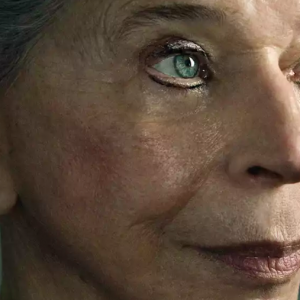 Vivian Gornick and the Revolution That Won't End For the past four decades, Seventh Avenue in lower Manhattan has been a thoroughfare of American essayists. In the late 1990s,...
© LitHub
Back to top