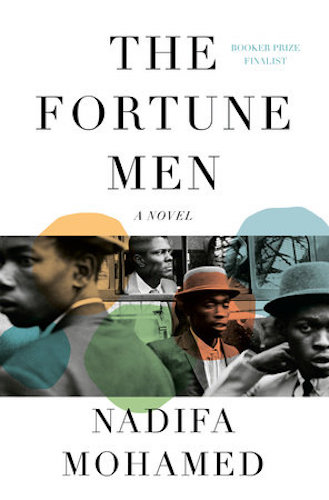 The following is excerpted from Nadifa Mohamed's novel, The Fortune Men. Mohamed was born in 1981 in Hargeisa, Somaliland. At the age of four she moved with her family to London. She is the author of Black Mamba Boy and The Orchard of Lost Souls. She has received The Betty Trask Award and the Somerset Maugham Award, and was named one of Granta's Best of Young British Novelists in 2013. A fellow of the Royal Society of Literature, she lives in London.

The plump, fat-marbled kosher mince begins to sizzle and brown in the pan and Mahmood shakes a teaspoon of chili powder into the oil. He had bought kosher all the time in East London because he had a good butcher only a few doors down, and kosher is as good as halal, religiously speaking, but now, for some reason, it also tastes better to him. Holding the mysterious Hindi-labelled spices up to his nose, he picks out cumin, turmeric and ginger—good enough—and spills a teaspoon of it over the lamb. He’ll eat some mince with a side of tinned sweetcorn for lunch and then mix the remainder with the last of the rice in the evening. This is as much good eating as he’s capable of now, even though he had learnt how to steam, stew and roast while a ship’s pantry boy, and to bake from the little kitchen job he’d had in the Somali boarding house he’d roomed in last year.

Mahmood still can’t accept that he is just another uncared-for man eating from a plate on his lap in the solitude of a cold rented room. He had always helped Laura in the kitchen—what other husband would have? He’d had to, because she had no sense of what good food tasted like; he’d managed to get her to use herbs and spices, but still her carrots would be undercooked, her potatoes mushy, her meat dry and gasping. Now, meals are just another thing he has to do by himself, for himself. Everything with just his own damned hand.

Mahmood has to remind himself that he doesn’t hate Laura. That he is not better off without her. That those red thoughts that jut into his mind as he’s walking down the street—telling him that her tits are too small, her arse too flat, her face too long—are not what he really believes.

Laura has fixed him in this longitude and latitude. He’s only living in this house—with black men he has no common language, culture or religion with—so that he can stake her out, and keep things rolling between them until she comes to her senses. He watches the company she keeps and crosses the road to see his sons every few days. In many ways it’s a come-up from that derelict Somali boarding house he was told to leave after the mosque business. He has a room to himself with a lock on it rather than that attic room sprawling with camp beds. He doesn’t have to put up with the all-night coughing, or gossip, or damp laundry dripping from the lines suspended across the ceiling. All of the other seamen were lazy beggars, rolling around in bed waiting for someone else to get the stove hot in the mornings. Mahmood remembers the yellowed list of regulations pinned up above his head that Warsame had read to him before telling him to pack his bags.

1. The Seaman’s Lodging House keeper shall not sell or be engaged in the sale of intoxicating liquor, or be engaged or interested in the business of a Clothier, Outfitter, or a Slop-dealer.

2. The Medical Officer of Health, officers of the Board of Trade, and Police have right of access and inspection to his premises at any time.

3. He must provide at least 30 cubic feet of air space for each person in his dormitories, and not accommodate at any time a larger number of lodgers than has been authorized by the Council.

4. He must follow out certain provisions regarding sanitation, water closets and washing facilities, and general hygiene. He must affix in a prominent place a copy of the City’s Byelaws in this respect together with his scale of charges, and not make a higher charge than is provided by the scale.

5.He must not admit or fail to exclude from his premises any thief, reputed thief, prostitute, or reputed prostitute, or any other person of immoral or improper character.

Mahmood had laughed when Warsame got to that last rule. So he was no better than a prostitute? Ajeeb. He packed his trunk and vacated his 30 cubic feet of air space; moving into Doc’s place that very same afternoon.

Red brick and leaded glass, the smell of bleach and defeat. The Employment Exchange has the atmosphere of a church; job notices flutter from the wall like paper prayers, and mean council workers dole out state relief with the aloofness of priests placing wafers into indigent mouths. Out-of-work miners, dockworkers, drivers, handymen, barrel boys, plumbers and factory workers mill around, their eyes avoiding each other. The pinewood floor is dented from the tramp of work boots near the counter and littered with cigarette butts and matches.

Mahmood shoves his hands into his sports jacket and paces from one notice to another, looking for boiler or foundry work. He has only shrapnel in his pocket, having lost the rest at poker. There is nothing worth trying for; none of the usual firms that can be relied upon to take colored fellas are advertising. He looks again at the gravedigging notice. It’s for Western Cemetery, the pay not half bad, but the thought of shovelling hard, damp earth and filling it with stiff corpses makes him shake his head and mutter, “Astaghfirullah.”

Pulling his homburg hat low over his eyebrows, he takes a yellow ticket stamped with a 9 and waits his turn for the counter beside one of the heavy coiled radiators. The heat from the cast iron blasts through his thin trousers and teases his skin, somewhere between pleasure and pain, and he rocks his body back and forth, letting the heat rise and dissipate. On the last tramper he had taken, the owners had installed new boilers and all the brass fittings had shone gold in the white light of the furnaces. He had stepped back to admire the conflagration, before shovelling more coal in and turning the white light into an almost sentient, colorless gas that roved backwards and up the chimney like a jinni escaping a lamp. He had birthed that fire and nurtured it, from yellow to orange to white to blue and then that color that had no name, just pure energy. He’d wondered what it would be like to step forward the few inches that separated him from it, whether, like in cadaabka, his skin would just fall from his flesh like a sheet. He had been formed by those fires, turned from a puny pantry boy into a knotted-muscled stoker who could stand at hell’s gate for hours at a stretch, his face roasted and grimy with coal dust.

Mahmood takes the chair in front of Counter 4 and places his hat on his knee, before handing over his grey identity card.

The woman in front of him is in a brown tweed suit and maroon lipstick, her hair done up with a net over the large bun. She looks at Mahmood over the rims of small wire-framed glasses. “What can I do for you, Mr. Mattan?” she says, examining the card.

“I need national assistance, no job good for me.”

“What work can you do?” she asks, lengthening each word.

“Let me see if there is anything else that we are yet to pin up.”

She looks through the files on her side of the partition; her manner is good, better than some of the other clerks, who seem to resent him, whether he is looking for work or drawing dole.

“There is one foundry job here but I don’t think you will be suitable,” she says, leaving the rest unsaid.

He meets her gaze, swallows a bitter smile.

She stamps his card in the right places and counts out two pounds and six shillings.

“Have a pleasant day, Mr. Mattan.”

“And you, madam.” Mahmood rises and folds the £1 notes into his pocket book, before putting on his hat and leaving the melancholia of the Exchange for the thud and clamor of the racetrack.

The turf at Chepstow is turned up nicely; drizzle lifting the smell of soil, grass and horseshit into the air. Mahmood had had a tough morning at the greyhound track but is feeling better now that he is on to the horses. Hooves thundering, the ground shaking, his heart thudding, the other punters shouting or whispering, “Come on, come on!” Gasps as a rider is thrown off and then, with no breath escaping his lungs, his horse breaks clear from the wave of undulating muscle and mane and is whipped, whipped, whipped, head daggered forward, across the finishing line. The confetti of betting stubs thrown to the wind is confirmation that he was one of the few sharp enough to take a risk on the stallion; over ten pounds in winnings on a horse with 20/1 odds. Mahmood had changed his bet at the last moment, after catching sight of the horse in the paddock; he was a fine-looking black thing, and Mahmood could have sworn that he had nodded to him as he passed by on the groom’s reins. A lucky name too, Abyssinia. Names beginning with an A are always good to him—and he has visited Abyssinia too, another sign. He should lean more on the As, he thinks. So far he has won on:

He should also hand over £5 quickly to Doc Madison for the lodging room in Davis Street, before it slips through his fingers and the codger gets on his back. The rest he will spend on the boys and Laura, treat them now that he has paid off the court fine. It had been a mistake, that last time—not just theft but sacrilege on the charge sheet—he had taken things too far, and it had turned them all against him. The shoes piled up outside the zawiya on Fridays seemed to be fair game—you could come with one pair and leave with another, with no real bother—but the zakat money was truly haram. He can’t ask any of them for nothing now, apart from Berlin.

Excerpt from The Fortune Men by Nadifa Mohamed. Copyright © 2021 by Nadifa Mohamed. Excerpted by permission of Alfred A. Knopf, a division of Penguin Random House, LLC, New York. All rights reserved. No part of this excerpt may be reproduced or reprinted without permission in writing from the publisher. 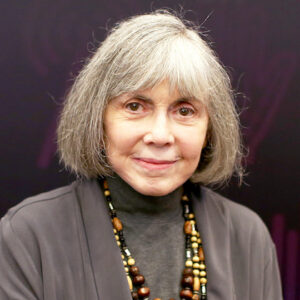 "Never think you're too weird." Read Anne Rice's best writing advice. Anne Rice died this weekend at the age of 80, leaving behind more than 30 novels and millions of exuberant fans—many of whom...
© LitHub
Back to top