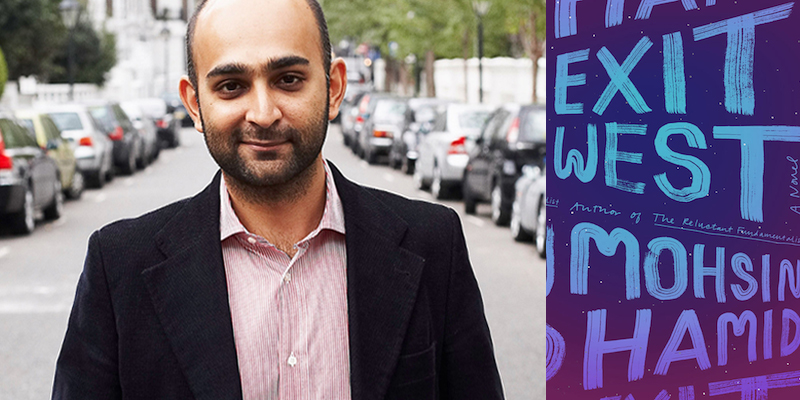 A First Look at the Book's Cover, and a Conversation with John Freeman

Mohsin Hamid seems to know what we’ll be talking out before we do. Whether it’s the nuclear testing in Pakistan (Moth Smoke) or the uneasy stand-off between America and the Muslim world after 9/11 (The Reluctant Fundamentalist) or the unleashing of domestic forces in the wake of India’s new economy (How to Get Filthy Rich in Rising Asia) Hamid has scooped the news that stays news in literary form.

In doing this, Hamid has refashioned the post once filled by Graham Greene and revealed it’s possible to write moral thrillers for our contemporary age without falling prey to the exoticism that dogs Greene’s work or the empire-strikes-back simplicities of writers who resisted the British writer’s notion of dominion and culture.
Exit West, Hamid’s new novel, will be published on March 7, 2017 and like all of his books it’s a love story. Set in a world being irrevocably transformed by migration, the tale follows a young couple in an unnamed country as their city collapses around them and they are forced to join a wave of migrants fleeing for their lives.

John Freeman spoke to Hamid by email as the novelist made his way from New York to London and then home. (Bonus! Here’s a first look at the novel’s great new cover…) 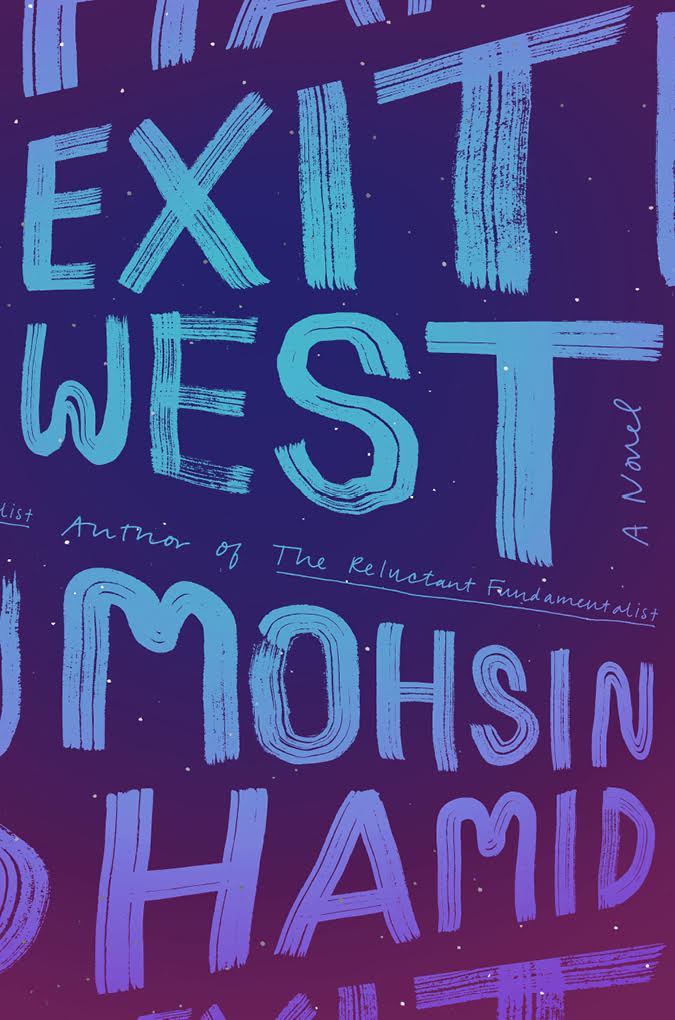 John Freeman: Moth Smoke unfolded in Lahore before the 1998 nuclear tests. The Reluctant Fundamentalist took place in Lahore and New York City but it was more about the projects of those places as seen by each other. How to Get Filthy Rich in Rising Asia is an unnamed country and now in this new novel, Exit West, we’re in an unnamed country where the laws of reality are bending at the edges. What made you make that step into a place that could be anywhere and that doesn’t obey the laws of physics if you will?

Mohsin Hamid: I’ve always been uncomfortable with straight-up realism. Novels aren’t real: they’re words, made up. And modern neuroscience and ancient religions both tell us that what we call reality isn’t real either. In my first three books I bent reality mainly through framing devices, the stories of how the stories were being told. This time, relaxing the laws of physics, in just one, specific, particular way, opened up space for the story. Sometimes unreality can feel more real. (That could be Donald Trump’s election manifesto, come to think of it.) And as for namelessness, it’s partly because I can’t bear to do to Lahore what happens to the city at the start of this novel, and partly because in a time of overwhelming censorship, drawing attention to one’s silences can be more honest than other forms of expression. I wanted this to be a novel about refugees that reminded us we’re all refugees. A little namelessness and bending of physics went a long way.

JF: One of the sentences that took me a moment to recover from ends, “when we migrate, we murder from our lives those we leave behind.” Can you say a bit more about this in context of Saeed and Nadia’s lives and what you’ve felt as a frequent migrant?

MH: For Saeed and Nadia, leaving their city also means leaving the people they love, especially Saeed’s father. There is an emotional violence to this aspect of migration, the aspect of cutting oneself off, severing oneself, from the people one has been close to but who now will occupy a different geographic reality, perhaps forever. I’ve often felt I was betraying my family, my closest friends, when I migrated. Especially my parents, and the older they have gotten, the more keenly I’ve felt it.

JF: I feel one of the great moral wedges in this book—and how it points to our own world—is simultaneity. As in, we live in a temporal space of simultaneousness—as created by the internet and 24 hour news—but of deeply variegated experiences. So in one moment—as in your book—there might be people accepting donated foodstuffs for breakfast at a refugee camp while in an oligarch’s kitchen in London which is empty year round will be fully stocked and fully staffed for his potential arrival from one of many homes. Does the movement of people from one place to another make this situation any less tenuous?

MH: Movement of people is one of the ways these simultaneous differences, these imbalances, get expressed. Cold water and warm water want to flow into each other, equalize the temperature. People want to do the same thing. The more that people who are economically freezing and precarious become aware of places where people are economically warmer and more safe, the more they want to move. In our hyperconnected, simultaneous world, people are aware of each other and of differences in wealth and security as never before. That creates a lot of anger, and it also creates a lot of movement.

JF: Reading this book I had a powerful sensation that I was reading the first great post-Brexit novel. What with the kinds of altercations that happen with Saeed and Nadia’s movements through the world, how emigrants such as they are treated upon arrival, and what forces are unleashed in nativist places in response. How much of this novel was in formed by the climate of the reaction to our age of migration versus the fact of migration itself?

MH: I understand that people are afraid of migrants. If you’re in a wealthy country, it’s understandable that you might fear the arrival of lots of people from far away. But that fear is like racism: it’s understandable, but it needs to be countered, diminished, resisted. People are going to move in vast numbers in the coming decades and centuries. Sea levels will rise, weather patterns will change, and billions will move. We need to figure out how to build a vision for this coming reality that isn’t a disaster, that is humane and even inspiring. Part of the political paralysis we see from America to Europe stems from a desire to pretend mass movement isn’t coming. But mass movement is the history of our species and it is the likely future of our species, and maybe, just maybe, our grandkids will enjoy that future far more than our grandparents enjoyed the past. I’m a novelist, so I believe there’s more to storytelling than just memoir. There’s more than just looking back. We can remember where we’ve been, but we can also imagine where others might go.

Virtual Reality is in Desperate Need of Real Storytellers 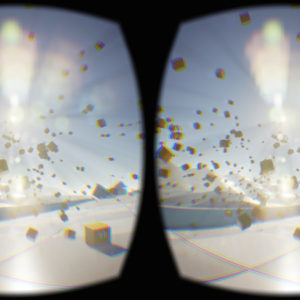 Virtual Reality is in Desperate Need of Real Storytellers

They say VR is like sex—you never forget your first experience. For some, the first time is unsettling as it was for tech...
© LitHub
Back to top
Loading Comments...