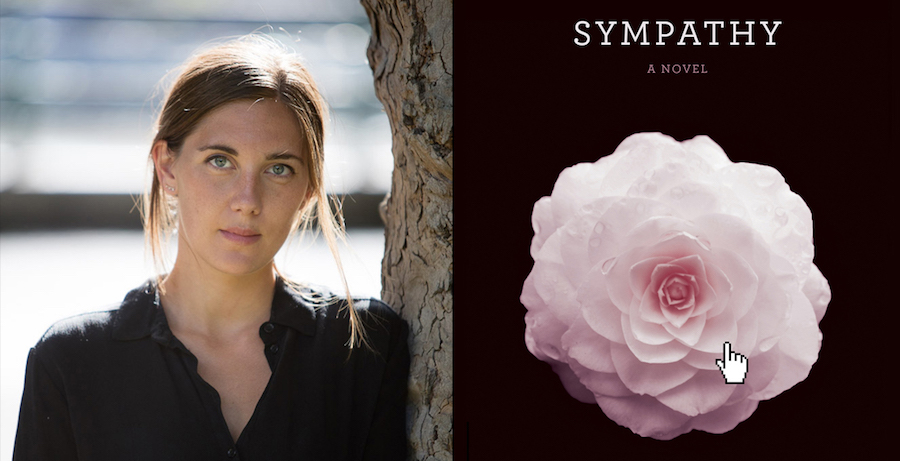 Olivia Sudjic Isn't Interested in Being a "Millennial Voice"

Don’t let yourself be fooled by the Millennial-pink flower on the cover. Olivia Sudjic’s debut, Sympathy, has been dubbed “the first great Instagram novel,” and it touches on technology and intimacy and our obsession with the internet and the very dark consequences that can follow if one takes online stalking to the extreme. But Sudjic, 28, has been surprised at reviewers’ quick statements that she’s written the definitive internet book. “I don’t think that, and haven’t said that!,” she says, bemused.

Sudjic says she isn’t interested in making moral points but rather in exploring her characters’ inner lives, psychologies and senses of self, with the internet an integral part of their experiences of the world, as with most of us today. The plot follows Alice Hare, a British woman in her early twenties who goes to New York for a bit—slightly lost in life, looking for meaning, post-university. We find out at the beginning that she has become extremely obsessed with Mizuko, an uber-cool Japanese writer and Columbia teacher. Alice finds Mizuko through a genetic-testing app and, upon discovering apparent similarities between their lives, she embarks on full-blown Instagram stalking and starts to mistake knowing her crush’s interests, favorite places and pictures with knowing Mizuko in “real life”—quote marks very much needed.

Sympathy reads like a fluid fever dream, blending consciousness and paranoia and dreams, and jumping back and forth through time—like you do on the gram. Sudjic writes about actions like unfollowing and scrolling in sensual, unusual ways that make them feel organic, as she masterfully integrates technology into her characters’ lives. I dare you not to recognize some of your own behavior in passages—though hopefully you won’t see yourself in the extreme actions that ensue. Very much a 21st-century novel, where characters “overlap” and mimic each other, the book is peppered with literary allusions and references to mirrors, grids—Instagram’s and New York’s and that of a metaphorical game of chess—and Alice Through the Looking Glass. The epigraph is from Lewis Carroll’s book and tellingly reads “I wouldn’t mind being a pawn, if only I might join.”

I met with her for coffee at an art gallery in West London to find out more.

Marta Bausells: Did your own use of social media change after finishing the novel?

Olivia Sudjic: I definitely don’t feel like I am in any way a spokesperson for my generation and Instagram and Millennials. But I do think that I started out and came to it from a place of anxiety, of not really knowing how this [moment of technological change] works and what it’s doing to me and not necessarily my relationships, but the unconscious ways in which my choices are nudged, shaped. Your daily life, in so many ways that are invisible, is shaped by this technology. Whilst writing it, this turned into paranoia and afterwards—I’m still in that afterwards—it’s definitely changed… On a literal level, my boyfriend and I are not friends on social media. I didn’t want to give myself the opportunity to do all this stalking, all this intel-gathering. I didn’t want to go into every day armed with some kind of even semi-self-conscious foreknowledge. Especially because that would either inhibit us from really knowing each other, or it would give me the sense that I already knew him. […] And I’ve also become a lot more aware or sensitive to the way that we, as individuals, interact with an internet that’s increasingly corporate and targeted.

MB: The book is full of mirrors, symmetry and sameness—in fact it’s Mizuko’s supposed sameness with her own life that attracts Alice to her. Can you talk about this motif?

“That is often what the internet enables us to do, is to peer into other people’s lives and vicariously experience what we imagine them to be experiencing.”

OS: It came from a few different places, but the internet enables us to enact fantasies in a digital sphere that we imagine to be separate from our “real life,” and more and more those distinctions are bordering on meaningless. This idea that our mirror self is our digital self. And I wanted to draw on Through the Looking Glass, where Alice goes through this mirror screen into this world where everything is sort of the same but not, all the rules go backwards, everything is a reflection. Also, I guess the idea of mirror images evoke the way that—as with all technology or the way we build cities—often what we think we want or what we try to do leads us into its opposite. Let’s say we overplan the way a city works, and it ends up dying, with empty shopping malls no one uses. And we try to overplan interactions, create intimacy—we created a web to open up the world but actually it’s narrowing it around personalization.

MB: How did you go from brand consultant to writing your first novel?

OS: Studying English at university made me feel like I spent a lot of my time deconstructing, going behind the scenes, basically smashing up other people’s books. In a way, that meant that when I finished my degree I didn’t want to touch fiction for a while. A few jobs later I ended up as a brand consultant, which I think is at the furthest end from where my initial interests and talents lay. I remember the day my boss saw a slide I’d made where I had to condense a complex concept into one word and she said “that’s lovely, but it’s very baroque,” [laughs]. I knew then that what I wanted to do was take one idea and open it up. I initially took a sabbatical, but obviously what happens when you take time off to finally do writing is that you do nothing! So the bits of the book where Alice is wondering around New York feeling almost paralyzed by choice, that was partly my experience of suddenly not being in an office or institution. I eventually quit and wrote it all in three months.

MB: I find technology so unsexy and wonder if it was difficult to write about. The way you write about sliding, scrolling, (un)following, and even the object of the phone is very sensory. Did you set out to do that?

OS: It’s definitely difficult to write [about technology] lyrically. Even just the word phone, I found every time it came to writing it down, it was like writing the word “plugsocket” or “telecom.” It somehow had this sound to it that was clunky. And I worried at points that that is like suddenly shining a light behind the scenes; you want to imagine that a novel comes to you in a message in a bottle and it washes up on shore, you don’t like to imagine a laptop and a plugsocket and a packet of Quavers [laughs]. And I felt that that very unsexy word jarred with a love story. But at the same time, it’s become such a seamless part of our lives—it’s not quite wearable but we have it on our bodies the whole time—so I set myself the challenge of: how do you make a phone so that it’s almost like a character in itself?

There are points in which it’s described as somebody’s brain, it’s almost like a source of someone’s power. Being able to see inside their search history is like a wormhole in someone’s brain, it makes me think of Being John Malkovich! And I started using the word “device” which implies the way that we use it to manipulate people and the way it manipulates us and draws our attention all the time… mine’s on the table right now, it’s like this constant demon or spirit animal, like an extension of myself. So I wanted to think of it in an almost bodily way, so that when it’s gone it’s like having a limb removed.

MB: You date the whole story in 2014, leaving plenty of signposting all over—the lost Malaysian Airlines flight, the ice-bucket challenge, the Higgs-Boson discovery (around which Alice develops an obsession), Maya Angelou’s death…

OS: Yes, I wanted to date the story so precisely, I mapped it on a chronology of that year so people can remember those moments, and map what’s an increasingly hyper-real story onto something that’s almost a calendar. I gave it a specific kind of time that otherwise is lacking from the story, because time and space are so collapsible, you can scroll back three years and four years forward, and look at Instagram pictures that can transport you like a time capsule to different places and times. When I was writing I was so in my own head, it was like living in a permanent dream. And I wanted to give that an external, real-world frame of reference. Also I feel like 2014 was an important turning point, everything that’s going on in the world today was kicking off.

MB: Alice’s desire for Mizuko is largely voyeuristic—is it stronger because it’s based on a fantasy?

OS: Totally. Obviously that is often what the internet enables us to do, is to peer into other people’s lives and vicariously experience what we imagine them to be experiencing. But as with all fantasies, these are projections which, if actually allowed to become a physical reality, suddenly become totally different. This is not a new human desire, of course, but the internet has accelerated and widened the scale. […] I was interested in the way that by proximity or by voyeuristic access into someone else’s life, you start to maybe take on their lives.

I wanted to explore what you might say are 21st-century characters. 20th-century characters probably have linear lives and they have quite a stable sense of self, and there’s a boundary around where their character stops and another character or person begins. 21st-century characters overlap, they have porous boundaries and can syphon off character traits or likes or dislikes, the way that Alice mimics the way that Mizuko dresses and her interests. She can parasitically take that on and then float away from it again. I didn’t want each of my characters to feel like separate bodies, I wanted them to overlap; but the way that Alice tries to find her equilibrium or sanity by the end is to see the body as a natural barrier, the skin as a natural boundary.

OS: I would die if I couldn’t walk places. I love going to stuff alone, and basically spend my whole time in museums. One of the best things about my job is not having to be in a particular place every day. The thing I’m weirdly into right now is urban planning. I watched this Jane Jacobs documentary about how the city looks like chaos but it’s got order that comes intrinsically from the people who live in it. What I love most about my job is that I can have these pet research projects. 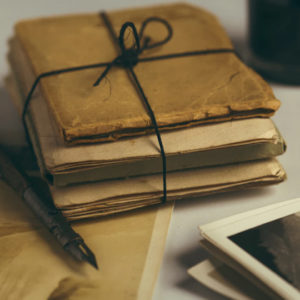 Dear Rick Moody, Life Coach: I've been ill for a few years, mostly bedridden. While there is reason to hope I'll find some...
© LitHub
Back to top