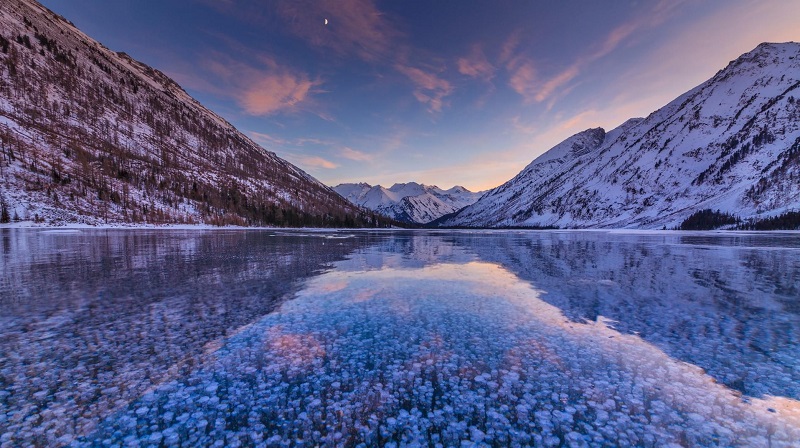 Heather Altfeld on the Permafrost of One of Earth's Vast Regions

How can I be sleepy when the world is melting? my daughter asked at age nine the night Elizabeth Kolbert lectured at our local university, in response to my whispered We should go, you have school tomorrow, aren’t you tired? Kolbert was speaking about Shishmaref, Alaska, and arctic glacial loss, her slender, petite frame backlit on the stage so that she looked like a jeweled nightingale, her song pitching higher and louder as the night went on, as though she were trying to reach the ears of the moose and the alpenfolk, the penguin and the reindeer, the execs at Exxon and the driver of the Tahoe Expedition who cut me off in the parking lot that evening. We are running out of time, I remember Kolbert saying, in response to an unintelligible, long-winded question from the audience, and of course, as an apology to the glaciers, which she could clearly hear from here, roiling in drips and drops, ions floating in a new sea.

“When, as a child, I heard the word ‘Siberia’ it meant but one thing for me: dire peril to the bodies, sure torture for the souls of the bravest, cleverest, and most independently minded of our people,” wrote anthropologist Maria Czaplicka, who organized an expedition of women to Siberia in 1914. This is the imagined Siberia, an endless frozen mass, riddled with ice and swamps, searing heat and unsurvivable cold, a land of prisons and labor camps, permafrost and exiles. “To outsiders who know about Siberia only through hearsay,” writes historian Valentin Rasputin, “it is a huge, austere, and wealthy land where everything seems to have cosmic proportions, including the same frigidness and inhospitableness as outer space.”

The surface area of Siberia would make it the largest country in the world, yet its population is smaller than that of California. A nippy day hovers around minus thirty degrees, the truly cold days closer to minus fifty. Anna Reid, author of The Shaman’s Coat, writes that winter can be so cold that “Exhaled breath falls to the ground in a shower of crystals, with a rustling sound called ‘the whispering of the stars.'” The name Siberia is of unknown origin, although it is thought to originate from a Tatar word for “sleeping land,” as though the land itself had little to do with its own reputation, a slumbering giant unaware of its own capacities for brutality, its own dimensions of frozen beauty. Writer Ryszard Kapuściński tells us in his journalistic memoir of his childhood, “There is something in this January Siberian landscape that overpowers, oppresses, stuns. Above all, it is its enormity, its boundlessness, its oceanic limitlessness. The earth has no end here; the world has no end. Man is not created for such measurelessness.”

This somnolent land has long served as the largest prison cell in the world, one that held the likes of Mandelstam and Solzhenitsyn and fourteen to eighteen million others for years, decades, whole lifetimes, for infractions as small as the offhand remark recounted in Svetlana Alexievich’s Secondhand Time: The Last of the Soviets:

Fathers were taken away at night; they’d vanish into thin air. That’s how my mother’s brother disappeared . . . he was taken away for something stupid, total nonsense. . . He was at a store with his wife, and he said, ‘The Soviet Regime has been around for twenty years, and they still can’t make a decent pair of pants.’

Permafrost sounds a bit like a refrigeration system designed for housewives in the 1950s to replace the antiquated term “icebox,” but it is actually a scientific term for perennially cryotic ground. In order to qualify as permafrost—as opposed to taryn, a Siberian description for temporary icing that can survive the summer—the ground must be frozen for at least two years. The permafrost of Siberia is one of the last frontiers.

We have done our best to scope and map and violate the oceans, to enter and flee the atmosphere, to pasteurize the forests, but we have not been able to wholly violate the bowels of the earth with our physical bodies. The permafrost, of course, has been cored; we have sampled the interior of this delectable ancient Popsicle, but much of its contents remain mysterious. What lies buried deep within it is not only our past—flash-frozen in fragments of bone and lichen, bracelets in the tombs of princesses, the cryogenically preserved heel of a fox—but also our future.

Ryszard Kapuściński tells us, “There is something in this January Siberian landscape that overpowers, oppresses, stuns. The earth has no end here; the world has no end. Man is not created for such measurelessness.”

It is a silo of sorts, a granary of diamonds and ore and oil and bone, a bank shamelessly uninsured by the feds. “Earth’s creator got so cold flying over this region that he dropped a wealth of treasures: gold, silver, diamonds, oil,” Karl Gorokhov, a Yakut, told National Geographic in April 2013. Because the contents of this box are not completely known, they are more priceless, and because they are priceless, they are also worth robbing, strip-mining each of these exquisite layers of memory with the heat generated by our voracious appetites, releasing each secret from its dendritic vault long protected in the mortal substratum of ice.

Stored in this vast basement of strange frozen treasures are millions of years of memories left behind from the tundra’s former inhabitants: species, eras, mothers, trappers, love. There are lost lice, icemice, tusks and teeth, the bodies of steppe lions and lion cubs, all of their whiskers still there, the little pads on their feet, even their little tufted ears, paleontologist Dr. Daniel Fisher at the University of Michigan told me, tens of thousands of years old, and many even older than that. Arctic hares and arctic wolves are surfacing as the permafrost melts, perfectly preserved, quite possibly purposefully buried by our human ancestors to protect them from predators; their bodies frozen midruminance, their limbs frozen midflight. There are seeds in the stomach linings of Ice Age squirrels, the kurgans (graves) and bronze treasures of lost Scythians and Pazyryks in the Altai Mountains, mummies complete with hair and tattoos, preserved in ice lenses, the eggs of forgotten species of frogs, iron horsemen, the remains of rhinoceroses and kings.

Somewhere in the Valley of Death there are rumored to be seven metal cauldrons large enough to sleep seven explorers; a kingdom of alien life is rumored to still have a presence beneath them in the ice. There are cosmic clues to the 1908 Tunguska event, which flattened 830 square miles and 80 million trees, believed by the indigenous to be a visitation by a god, who had cursed the area. According to NASA, when an eyewitness finally spoke to Leonid Kulik, who curated the St. Petersburg meteorite collection, he said, “Suddenly in the north sky. . . the sky was split in two, and high above the forest the whole northern part of the sky appeared covered with fire. . . At that moment there was a bang in the sky and a mighty crash. . . The crash was followed by a noise like stones falling from the sky, or of guns firing.”

Stored in this vast basement of strange frozen treasures are millions of years of memories left behind from the tundra’s former inhabitants: species, eras, mothers, trappers, love.

And of course, in the permafrost, there is carbon, and methane, mercury and smallpox, anthrax and Spanish flu, half sleeping in wait. “In this frozen ground, corpses never rot. In these graves which rest on foundations of ice, life and death are separated by nothing more substantial than a breath of air. Bring back the breath, and the body is ready to live again, to come back and share in the slow, chilly existence of the wooden villages, rounding up stray horses, building snowplows, or leading pilgrimages to milder pastures,” the narrator of Chris Marker’s strangely beautiful 1957 documentary, Letter from Siberia, tells us. Three more degrees of warming, and ground that has been stable for 18,000 years will release even more of its perils and treasures. Just last year, a pair of 42,000-year-old cryogenically preserved female roundworms were uncovered from an ancient squirrel burrow, and came back to life in a petri dish. Liquid blood was discovered inside of a Lenskaya foal this year, marking the discovery of the oldest blood in the world, a discovery that quite likely will lead to a resurrection of this long-extinct species.

As this world melts, perhaps even the bodies from these kurgans will be ready to live again, as though messianically being called forth into this world. 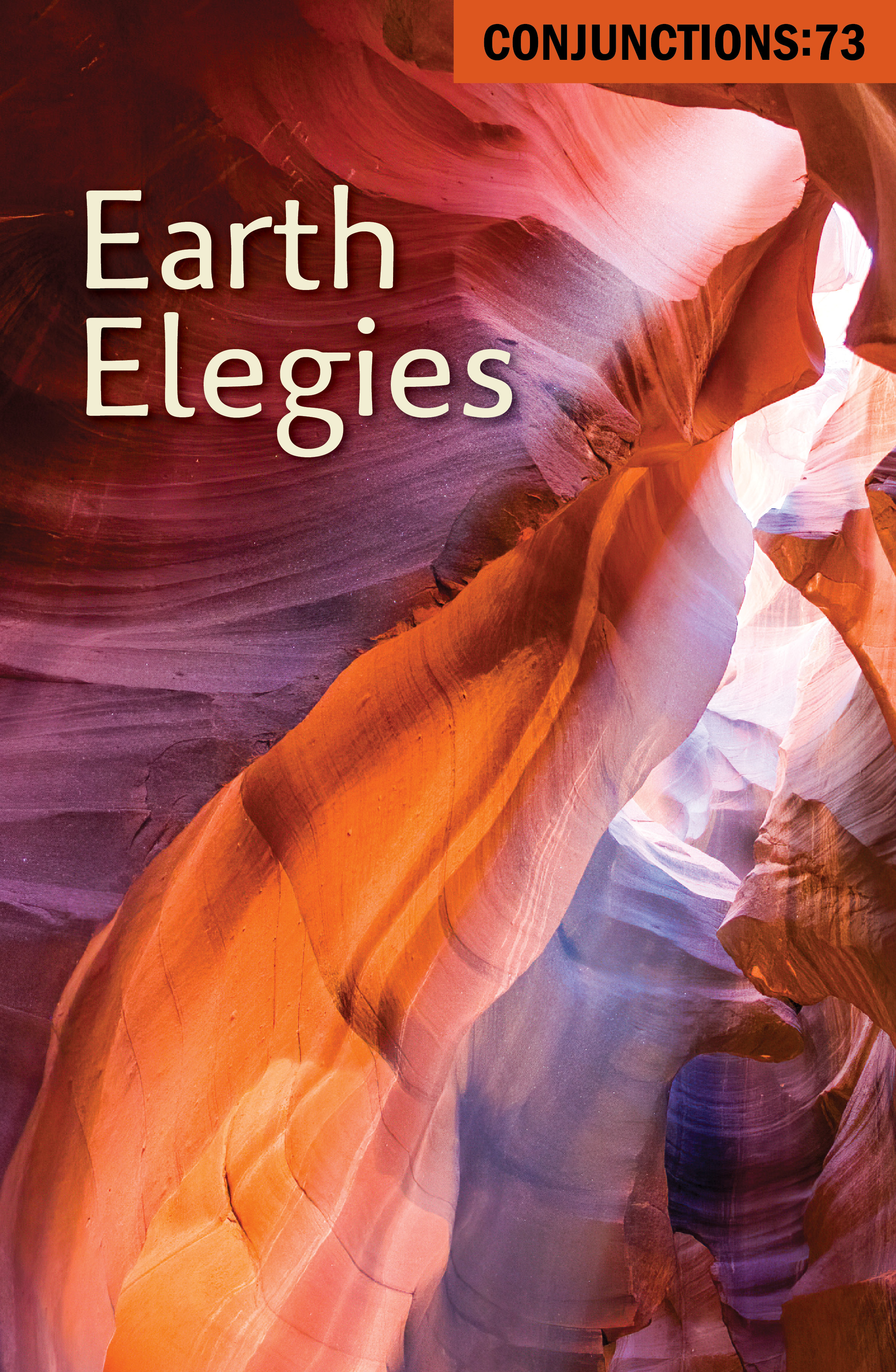 Excerpted from Heather Altfeld’s “The Magical Substratum” in Conjunctions: 73, Earth Elegies, which is available now.

Heather Altfeld is a poet and essayist. Her first book of poetry, The Disappearing Theatre, won the Poets at Work Book Prize. Her writing has appeared in ZYZZYVA, Poetry Northwest, Conjunctions, and elsewhere. She is the recipient of the Poetry Society of America’s 2017 Robert H. Winner Award and the 2015 Pablo Neruda Prize for Poetry. She currently teaches in the Honors Program at California State University, Chico. 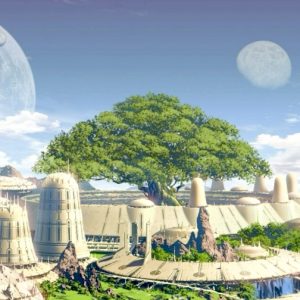 I hear the following more often than I would like from some of my fellow educators: "My students can’t or won’t discuss...
© LitHub
Back to top