The End of Bias: How to Create a More Just (and Prosperous) World

In this episode, Andrew is joined by Jessica Nordell, author of The End of Bias: A Beginning: The Science and Practice of Overcoming Unconscious Bias.

Jessica Nordell is a science and culture journalist whose writing has appeared in the Atlantic, the New York Times, the New Republic, and many other publications. A former writer for public radio and producer for American Public Media, she graduated from Harvard University and the University of Wisconsin, Madison. She lives in Minneapolis, Minnesota. The End of Bias: A Beginning is her first book.

Interview with an Indie Press: And Other Stories 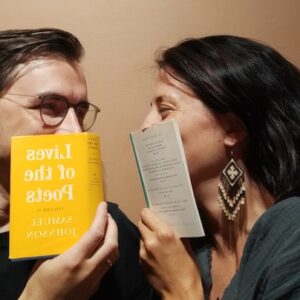 Interview with an Indie Press: And Other Stories

For some real talk about the ups and downs of working in independent publishing, And Other Stories founder Stefan Tobler...
© LitHub
Back to top