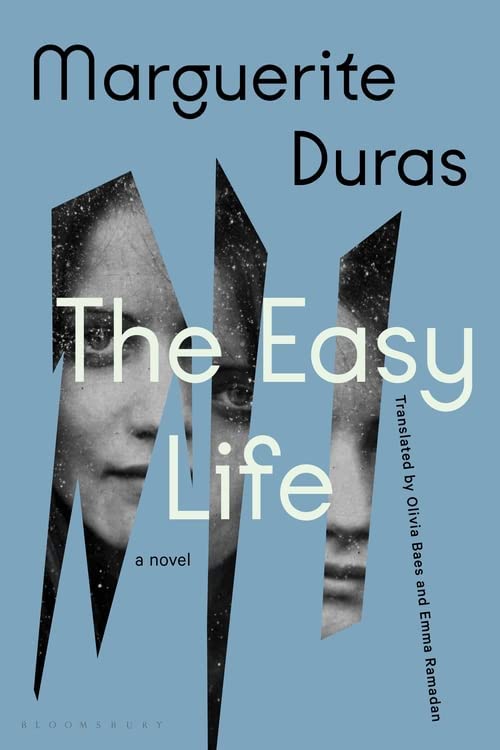 The following is from Marguerite Duras's foundational masterpiece The Easy Life, now available for the first time in English. Duras was one of France’s most important and prolific writers. She wrote many novels, plays, films, and essays during her lifetime and is perhaps best known for her internationally bestselling novel The Lover, which won the Prix Goncourt in 1984. She died in Paris in 1996.

Jérôme walked back to Les Bugues broken in two. I joined Nicolas, who had sprawled out on the railway embankment after the fight. I sat down next to him, but I don’t think he even noticed. He watched Jérôme until the path disappeared into the woods. Then Nicolas rose in a hurry and we ran to catch up with our uncle. As soon as we saw him again, we eased our pace. We walked about twenty meters behind him and just as slowly.

Nicolas was all sweaty. His hair was sticky and fell in strands across his face; his chest was heaving and marked with red and purple blotches. The sweat trickled from his armpits, in drops, along his arms. He continued to watch Jérôme with extraordinary focus. At that moment, beyond my uncle’s hunched back, Nicolas must have glimpsed everything that was to come.

The path to Les Bugues is steep. From time to time Jérôme would lean against the embankment, folded over himself, both hands pressed to his side.

At some point, he noticed us behind him but didn’t seem to recognize us. He was clearly suffering a great deal.

Nicolas, right beside me, was still watching him. A series of images must have been triggered inside him, images unfolding, unfolding, always the same ones, and he was unable to break free from his surprise. He probably thought it was still possible to undo what he had done, and his hands, red and sweaty, clenched.

Every twenty meters Jérôme leaned against the embankment. He didn’t care anymore that Nicolas had struck him. Nicolas or anyone. His face now expressed neither the rage nor the vexation from earlier, when Nicolas had gone to get him out of bed. He had swallowed himself, it seemed, and was watching himself from the inside, dazzled by his own suffering. It must have been terrible. He seemed to find it impossible, to have trouble believing it.

From time to time he tried to stand back up and a huff of stupor slipped from his chest. Along with these moans, something foamy came out of his mouth. His teeth chattered. He had completely forgotten us. He was no longer counting on us to help him.

It was Tiène who gave me these details after Nicolas told him the story later on. In the moment, I was watching my brother.

For the first time, I saw greatness in my brother Nicolas. His warmth left his body as vapor and I could smell his sweat. It was Nicolas’s new scent. He looked only at Jérôme. He didn’t see me. I wanted to take him in my arms, to know more intimately the scent of his power. I alone could love him at that moment, embrace him, kiss his mouth, say to him:

For twenty years he had wanted to fight Jérôme. He had finally done it, though even as recently as the night before he had still been ashamed of his lack of resolve.

Once more, Jérôme stood. He was now screaming freely, nonstop. This probably soothed him. He advanced in zigzags, like a drunk. And we followed him. Slowly, patiently, we led him to the room he would never leave again. Afraid this new Jérôme would lose his way, we monitored his final steps.

When we arrived on the plateau, just before the courtyard, we thought he wouldn’t reach the gate, that he no longer had the will to cross the few meters that separated him from his bed. He had slightly outpaced us. The wind was blowing up there and cut him off from us. We could no longer hear his moans so clearly. He stopped and began to shake his head violently. Then he raised it to the sky and began to howl, all while trying to stand back up. Automatically, I looked at this sky that he was probably seeing for the last time. It was blue. The sun had come out. It was morning now.

At last, Jérôme set off again. This time I was quite certain he would stop only at his bed. He crossed the gate and we accompanied him to the courtyard in Les Bugues. Tiène and Papa were hitching the cart to go and fetch wood. Jérôme did not see them. They stopped working and watched him until he entered the house.

Papa carefully examined Nicolas, stopped in the middle of the courtyard, then went back to work. Tiène came to ask me what had happened. I told him that Nicolas and Jérôme had fought over Clémence.

“He looks done for,” said Tiène. I told him that yes, it did seem quite serious, and that Jérôme might not make it.

Tiène went to fetch Nicolas. He asked him to help hitch Mâ, who can be difficult some summer mornings. Then the men went to the fields.

Once in bed, Jérôme had the strength to scream again. Maman left work to be at his side. It had been a while since I had thought of Jérôme as Maman’s brother. I told Maman that Nicolas had fought with Jérôme because of Clémence, and also because of everything that’s been brewing between us for years. I wasn’t exaggerating; Jérôme had spent all of our fortune. He is the reason Nicolas and I were never able to study. We never had enough money to leave Les Bugues. Which is also why I’m not yet married. Nicolas married Clémence. She’s my adopted sister, but even so she’s our maid, and she’s ugly and stupid. Two years ago at harvest time, he got her pregnant and was forced to marry her. If Nicolas had known other girls, he wouldn’t have been so foolish. He reached that point after years of loneliness. It’s not really his fault. He may well not have married Clémence. Maman must remember: it was Jérôme who had pushed him into it. The rest of us didn’t agree. Clémence had left for her sister’s in Périgueux. It was Jérôme who had gone to fetch her. They were married the following week in Ziès. We had thought it would be easier to get it over with. Did she think we had done the right thing?

I reminded Maman of everything. She forgets easily. I told her I was the one who informed Nicolas that Jérôme had gone up to Clémence’s room every night for the last three months. It’s true that Nicolas neglected her and that she slept alone. But Clémence had known Nicolas forever, and she should have realized what was in store for her; Clémence should not have gotten married. Wasn’t I right?

Maman took my hands in hers, shaking: “And Noël?” I laughed and said: “He’s Nicolas’s.” She asked me how I could be sure. I dragged her to the courtyard and we watched Noël in his playpen.

Noël has straight red hair, violet eyes with fluttering transparent eyelids shimmering all over with red silk. His slippers were off and he was dressed only in a pair of little underpants that were falling down. He turned to stare at Maman. And because she didn’t say anything, after a moment he went back to playing his secret game. He struck his playpen with all his might and fell back on his behind each time, without laughing or getting angry. In— the sunlight, his little throat was a brownish pink, and it was as if you could see his blood pulsing underneath.

Maman seemed emotional. After a while, she said: “You’re right.” She went to fetch Noël’s hat, stuck it on his head, then returned to Jérôme. I didn’t say anything else to Maman. But Jérôme had to disappear from Les Bugues. So that Nicolas could begin to live. It had to stop someday. That day had come.

The Earl and the Pharaoh: From the Real Downton Abbey to the Discovery of Tutankhamun 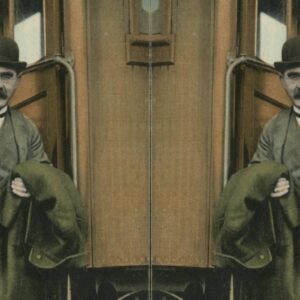