The Dregs of the Day 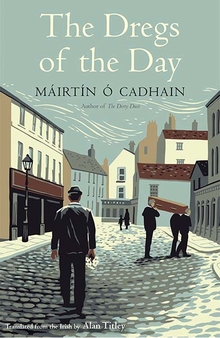 The following is excerpted from Máirtín Ó Cadhain's novel, The Dregs of the Day translated by Alan Titley. Máirtín Ó Cadhain (1906–1970) is considered one of the most significant writers in the Irish language. Alan Titley is a novelist, playwright, and scholar. He lives in Dublin and writes for The Irish Times on cultural matters. The Dregs of the Day is about a widower who is attempting to plan his wife's funeral arrangements, told in a terrific blend of tragedy and comedy.

It was a ratty voice on the other end of the telephone, her sister calling from his house.

“Aren’t you ashamed of yourself gallivanting around, and your wife just dead.”

“She is dead,” N. said. “Yes.” It was as much as he could think of saying. With so many civil servants listening, he couldn’t say that he had missed so much time in the office that his job was in danger. He had told her dozens of times that he had got lots of hints in the office already, but they wanted to believe that he was neglecting his wife . . .

“Dead at last,” he said, as he couldn’t think of anything else to say.

“Yes, at last,” the sister said. “You’d think it wasn’t soon enough for you. Dead at last! Why don’t you just get your ass home here? Everything has to be fixed up yet . . .”

The civil servants knew that she had died, and they gave him their condolences:

“You should have stayed at home today,” the Office Boss said. “We’re not that much behind with the crap. We could do with some job sharing, as we’re one of the few offices open on a Saturday . . .”

“Advice for what it is worth,” N. said to himself as he went down the stairs. He wasn’t thinking of the death, but of the funeral. She was to be buried. The preparation was some relief to him, the fact that things had to be done. He might manage to evade the attention of the two sisters for a while, escape from the constant poisonous peering that was always poring through him. Simon was great at this kind of stuff. He’d be able to get him a cut on the coffin and the grave. That’s the kind of guy Simon was. He had the right contacts. N. gave him a buzz on the phone. Certainly: you’d think that Simon was thrilled that somebody had died: he could do something for his pals. He arranged to meet him in the Kitch Inn.

The ugly sisters would bring up the immediate necessity of the burial, and was it in the end any different from burying a dead mouse?

While N. was waiting for him he called an undertaker’s who hadn’t a clue who he was. When Simon told him the discount he would get in Lonergan’s, N. knew full well that a coffin cost more there than in the joint he was talking to. And yea, yea, Simon went on about oak and ornamentations and goldy bits and pieces. Went on a bit too much, maybe. It dawned on N. quickly that maybe Simon would make his own bit out of the deal, and he let it go without making any real decision. Simon was waiting for two more telephone calls—he was, after all, a busy man—and N. used this as an excuse to head off, and he didn’t tell him anything about where he was going. He didn’t know himself . . . They’d need a couple of bottles of whiskey. The sisters might want him to splash out more than that. After all, it was the end of the week, and the weather was great, and people would have gone away for the weekend. Nobody would know nothing much until it was too late to visit the house. It would be much cheaper to get the booze at Murphy’s off-licence. If what Tom said was true he could get it at one pound eighteen and six pence, but Simon said half of it was Murphy’s old piss anyway. N. had an idea where Tom was on Saturday. As luck would have it he caught up with him toddling down the street on his way to the Grain of Wheat. Tom had his own ways, you might say. He was a thorough gentleman, down to his fingertips. He said, the way things were, like, they’d only have one drink. They were already on the third, and Tom was only having them on . . .

N. remembered that his wife wouldn’t have been laid out yet at home. Tom asked somebody in the pub that N. didn’t know. He said something about a nurse who worked in the vicinity and suggested that N. call her. On his way to the telephone it dawned on N. that he didn’t have the least clue from Adam who this guy was, nor did this guy have the smallest clue from Eve who he was either. He thought it a bit weird that some guy who didn’t know who he was kept going on about the nurse. Then he thought of something else. The Little Sisters of the Poor would do this for feck all. The ugly sisters would be livid. What they wanted was a fancy regular nurse who would have a bag of tricks that she never opened, and a handbag as big as herself. There was a whiff of the beggar from the Little Sisters. That’s what they said when he thought to ask them to come and look after his wife and to give him more time to go to work. But if two of the Sisters came in, it would be very difficult to shag them out again . . .

N. knew that the whole lot would cost a bomb. Tea, sugar, guzzling, and gorging: that in itself would be massive, but it would only be the thin end of the wad. The sisters would organize the rest despite himself. And there was no way they would leave themselves behind the door. He imagined the huge fish-gob of the older one sinking her snout into the cake he ordered specially for her. They didn’t really give a toss how he would get on after this—he could be alive or dead for all they cared—just that their own sister was dead . . .

N. paused in the corridor. So it would go: the sisters would divide up and share out his wife’s clothes and shoes and whatever else. He would certainly have a cause to crib from now on: and he needed every cent to live on. His tax allowance would be much reduced, if not completely gone. But he remembered that a dead person’s possessions, especially a dead woman’s possessions, would be given to the poor, to the beggars on the streets. And he also heard that the Salvation Army bought stuff like that and paid top dollar for it. If only they’d turn up, without even asking them! He knew full well what the old bitches her sisters would say: “Christ wasn’t dead in his grave and they were casting lots for his clothes . . .” But, hey, if this problem was urgent, if what had to be done had to be done, it was better if it were done quickly.

There was some guy in the telephone box ahead of him. N. arsed around for a while, but it didn’t seem that your man was going to finish very soon. He had to buy another drink for Tom who was half with them, and half with some other gabbling gang. In order to avoid getting another drink for Larry, he copped on to head for the phone again. The man was gone, the Little Sisters of the Poor’s phone was engaged, and there wasn’t a bleep from the Salvation Army. Maybe they didn’t work on a Saturday . . .

It was just then he thought of the church and the priest. There was so much to be done. It was one long loop and every ready palm had to be greased with money. Larry was the guy he depended on for this. He collected money for the church in the parish. He hadn’t been rumbled yet with his hand in the till, unlike some others. He’d have a quiet word yet in the sacristan’s ear as well as whatever the Holy Spirit might advise him to do. He’d tell the priest that N. was a poor man, that his wife was depending on whatever help she could get as he already knew, and because of her long illness that N. would have a lot more to put up with apart from the burial itself. Certainly, the priest would soften up a bit, he would have to . . .

Then N. clanked up another link in the chain. Wouldn’t it be better to bring her to the church this very evening? That in itself would stymie much gorging and guzzling in the house. The ugly sisters would bring up the immediate necessity of the burial, and was it in the end any different from burying a dead mouse? It wasn’t she who had to live any more but he himself, and if he had to live at all he had better have a few pence stashed away in his pocket. Things had to hurry up. The telephone was hammering away in the background all the time.

From The Dregs of the Day by Máirtín Ó Cadhain; translated from the Irish by Alan Titley. Published by Yale University Press in September 2019 in the Margellos World Republic of Letters series. Reproduced by permission. 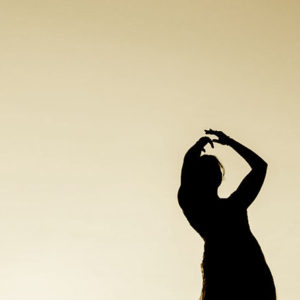 Leslie Jamison: On Weddings Weddings are holiness and booze, sweat under the dress, sweet icing in the mouth. A whaler’s church in the afternoon, sunlit...
© LitHub
Back to top