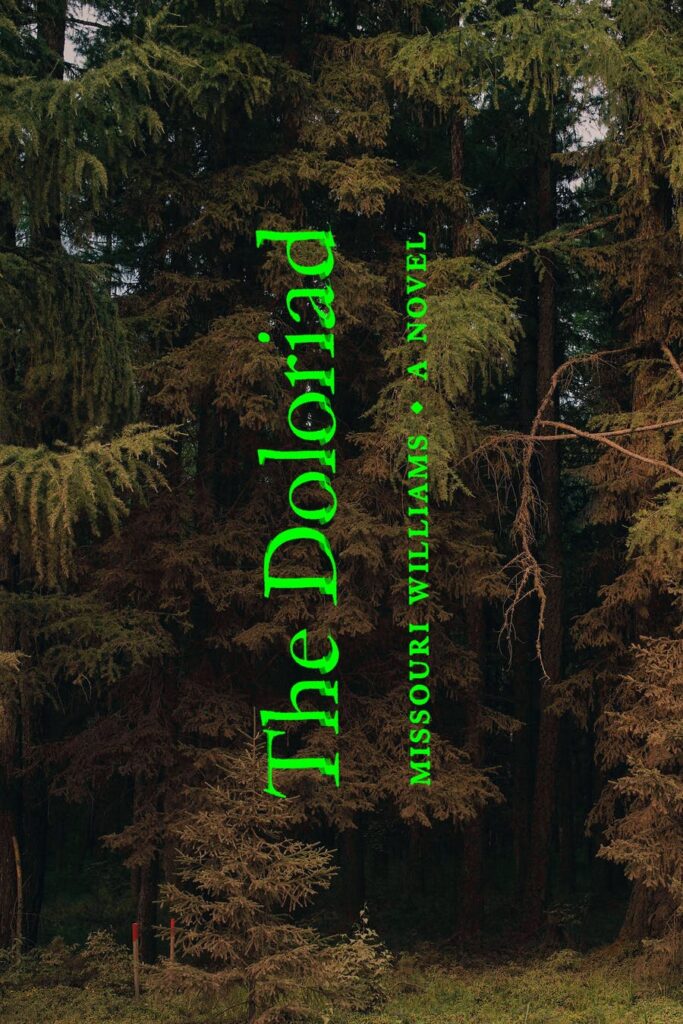 The following is from Missouri Williams' debut novel, The Doloriad. In the wake of a mysterious environmental cataclysm that has wiped out the rest of humankind, the Matriarch, her brother, and the family descended from their incest cling to existence on the edges of a deserted city. Williams is a writer and editor who lives in London. Her work has appeared in The Nation, The Baffler, The Believer, Granta, and Five Dials

The way it rained in this part of the country was something unique, thought the Matriarch, who was old enough to remember other places and other rains, these memories seeping through the cracked surface of the present, the bright, enameled fiction of the camp, no matter how hard she tried to push them down. As she stared out across the square, the sky pressed in and the world welled up. A flood of tepid water submerged the earth, a little at first, but the rain, like the light, would get stronger. The flood was holy, the Matriarch decided. She closed her eyes and saw a slow sheet of mud and debris roll away from the enclosure of the camp, flowing down the slope and along the former road in the direction of places whose names were sputtering candles in her wet, dripping mind, hissing with ž’s, š’s, and ř’s that she’d been only too glad to forget, and one day the rain would wash them away entirely, the sounds of the dead city and her memories of them, and then the Matriarch would finally be free of it—the past and its language. She sat in her office and the past sloshed around her head, and outside it rained with a fury that belonged to an era remembered only through the hints of the city and the stony belligerence of the abandoned buildings. The Matriarch was coy about this time. She didn’t like to think about a time that wasn’t bound by her rules, the rituals invented for her family, the order that was uniquely hers. She kept her knowledge close to her chest, and their uncle could be trusted not to speak of the time that had preceded their time when the city was full of other people and automobiles of many colors streamed down highways that seemed inexorable as fate. The Matriarch had been born in another time altogether, when the world had been made up of clear lines and definite spaces, and this gave her an advantage over them because as a rule her children were weak, shapeless, and overwhelmed by the enormous lethargy that hung above the empty city and the surrounding forest; if it wasn’t for the efforts of the older siblings, Jan and his sisters, the whole lazy lot would perish. The Matriarch had a sense of direction, energy. It had seemed impossible to continue and yet here they were, the Matriarch and her family, and life went on. If she had her way it would never stop. If she had her way it would get bigger and bigger. But the children belonged to this world, not her—“You can tell it from looking at them,” their uncle had rasped, sitting in his chair in the dying light, when she’d brought him another one, and there were always more of them, another white baby nestling up against her like a blind, squirming maggot; and who would have ever thought that it would be her to be the one to keep them all alive? The Matriarch opened her eyes and peered through the broken plastic blinds at the muddy disorder of the encampment. The flood was dangerous, she concluded. Although it promised to sweep away the past and its degradations, it, too, belonged to the new world and was part of its leveling, an incessant, deadly mingling. And because the world around them was empty, save for the eyes of the few animals left that watched them from the forest and waited for their end to come too, the flood could only be intended for the Matriarch and her children. The rain hurtled down. She looked up at the sky resentfully.

Agathe knocked on the wooden frame of the doorway. The Matriarch turned to look at her youngest daughter with coldness in her pale eyes and thought about lack. At night Agathe stole away into the woods and often the Matriarch wondered whether her daughter slept at all or whether she simply curled herself up beneath the trees at the place in the forest where their whispering intensified, became a roar, and there retreated—yes, it couldn’t really be called sleep—into even more soupish patterns of thought. If the others resisted the Matriarch they could be resisted in turn, their rebellions dismantled with words and met with acts whose violence was carefully calculated to exceed whatever provocation had come first. But Agathe, the Matriarch had realized, was different. Her animal body could not be reasoned with, and her daughter could not be brought into line: she was a changeling from the dead city, a stone baby sent to the encampment by a god splitting his sides with laughter to parody the Matriarch and her dreams, a termite in the ark. Agathe said nothing, but her face was a question. What was the Matriarch’s dream? Their mother stared into the mirror of her computer screen. She had wanted children, enough children to rebuild the world in her image, and now her daughters sprawled out in the darkness, their brothers lying beside them, a beacon in borderless night. And perhaps if the Matriarch were to creep up on them on one of those indeterminate mornings, she wouldn’t be able to tell where one child ended and another began; instead what she would find would be a mass of life, straining at its edges. She straightened up in her chair, disturbed. No matter. Life—it was still life, after all, and the Matriarch had time. The only thing she didn’t have time for was doubt. In the weeks before the coming of the rains the Matriarch had at last received a sign, the longed-for message beaming into her willing mind. A lighthouse rotated in the darkness, funneling away at the chaos in its heart, and what emerged was a singular, concentrated light sweeping over the black waters. She saw a family like hers, blond, gray-eyed, living somewhere on the other side of the city, and even if she didn’t know how they had reached her, she didn’t doubt that they had because her whole life the Matriarch had had a certain kind of faith in visions. With the image of a group just like them, and blood, new blood, swinging in her mind like an old wooden sign, she had sent away Dolores, poor, fluttering Dolores, to the place in the forest where she knew they would find her. Now the future acquired a new density. One day the city would be full of people who looked like the Matriarch and her brother, and there would be other cities too, her daughters would fill up whole continents. It wasn’t over yet! Dolores gone off to be married and the others resting in their beds, a great big lump of life. 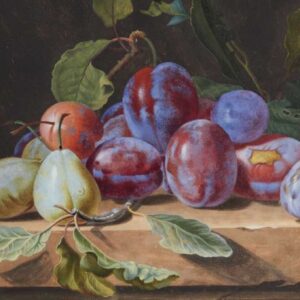 “In Moderation and Without Worry.” On Jane Austen’s Use of Food As Character Good health and a healthy appetite go hand in hand in Austen’s novels. Her heroines—when flourishing—eat in moderation...
© LitHub
Back to top