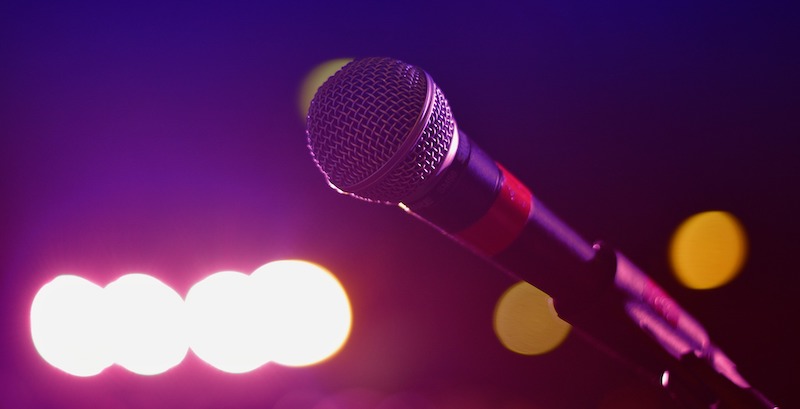 Everyone said you were his biggest fan.
You never did. You loved his music too much
to ever think no one could love it more than you.
You’d talk about his vocal range for days,
how he could start a note in one galaxy
and land it in another, how he discovered planets
with his songs. Planets where the lakes were lavender,
where the wind made the sound of a B-side hit
on vinyl, where everyone was six inches shorter
without shoes. In high school, you’d sneak out
of Iowa and drive through the dark to concerts
in his home at Paisley Park. By the time you were eighteen,
you knew more about his drummer than most people
know about themselves. When we met, you were saving
pennies to take red-eyes all over the continent
each time someone in the know said he’d be gracing
the stage of some tiny venue at 3AM in Chicago,
Minneapolis, L.A. I’d be at brunch in Colorado
when you’d call to say the show had just ended
after three encores that unraveled the axis
of Earth. I remember the sound of your sweat
through the phone on the fifty-sixth morning
you spent dancing to the dreams of a man who learned
to play twenty-seven instruments on his own.
The first birthday present I ever gave you
was a skateboard I’d painted with the sheet music
to Purple Rain. I didn’t yet know true Prince fans
don’t listen to Purple Rain. They listen to the silence
outside of vaults of unreleased songs—believing
the songs could save their lives and swearing
they’d rather die than press their ears to a single chorus
without his permission. Respect, I learned, was the first rule
to loving someone who would erase his own name
so it couldn’t be sold. You said when you were near him
you wouldn’t look at him too long. Taught your eyes
to hang back. Gave him more space than the moon.
Which is to say—he was your gravity.
He was much of the world’s gravity.
He kept people here.

I don’t remember why we couldn’t get seats
together on the plane, but I do know I was exactly
sixteen rows behind you when the wheels touched
the ground, when we pulled up to the gate,
when the pilot’s voice came over the speaker:
Folks, we’ve just received word
that Prince has died—

I’d crawled over the seat in front of me.
I was crawling over the next. I was almost fourteen
rows away when a mob of passengers, screaming
they were late for their destinations too, refused
to let me pass. I’d never in my life been so far away
from anywhere I needed to be.

When I found you in the terminal,
it was his pain, not yours, rushing from your eyes.
The thing about loving a stranger is you can guess,
but can never be sure, what they are privately surviving
on their journey to help others survive. I’m just so grateful
for him, you kept saying. I’m just so grateful for him. Mascara
running lines down your cheeks like he’d come back
to wipe your tears and left his guitar strings behind.

I was scheduled to go directly from the airport
to meet a friend who was grieving the death
of her mother. There was no way you would have let me
stay with you, but a whole universe exists in the moments
I spent weighing what to do, and I still visit
that universe on days I give up
on being an artist—

I go back to your bedroom in 2006 where you are
laying every album he ever made on the carpet.
Each record is a blueprint of you. In the corner now
is a man half-angel in skyscraper shoes. I watch him
watch you flip his vinyl to the B-side and drop the needle
into the groove. I watch him watch you watch my face
as his music hits my chest. I watch him close his eyes 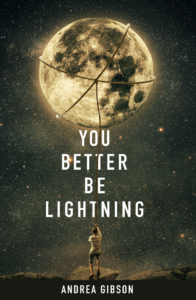 From You Better Be Lightning by Andrea Gibson. Used with the permission of Button Poetry.

Andrea Gibson (they/them/theirs) is a queer author of five full-length collections of poetry, including Lord of the Butterflies (Button Poetry 2018) which sold over 20,000 copies worldwide. Winner of The Independent Publishers Award in 2019, Andrea is also a two-time Goodreads Choice Awards Finalist. In 2017, Penguin Books published Take Me With You, an illustrated collection of Gibson’s most beloved quotes, and in 2019, Chronicle books published their first non-fiction endeavor, How Poetry Can Change Your Heart. The winner of the first Women’s World Poetry Slam, Gibson has gone on to be featured on BBC, Air America, CSpan, and regularly sells out large capacity venues all over the world. Gibson has also released seven full length albums of spoken word. Their most recent book, You Better Be Lightning, is forthcoming from Button Poetry November 2021.
Share:

Black Birds in the Sky by Brandy Colbert, Read by the Author and Kristyl Dawn Tift 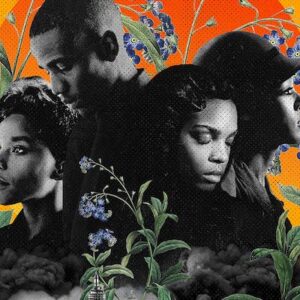 Black Birds in the Sky by Brandy Colbert, Read by the Author and Kristyl Dawn Tift Every Monday through Friday, AudioFile’s editors recommend the best in audiobook listening. We keep our daily episodes...
© LitHub
Back to top
Loading Comments...