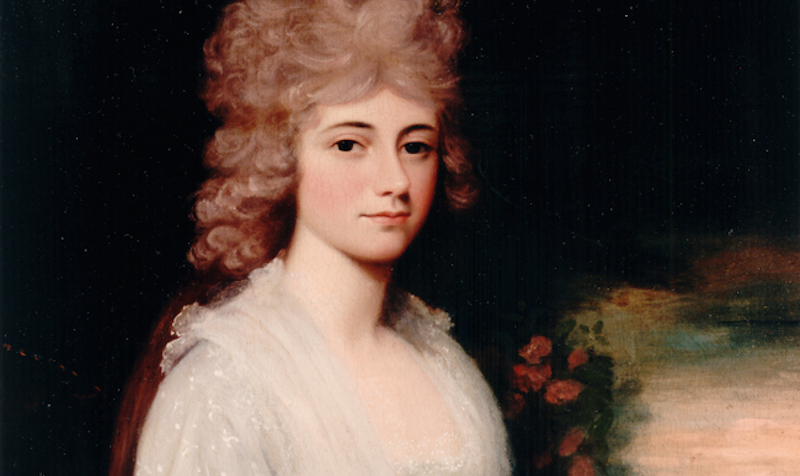 On the Former First Lady's story, “The Adventures of a Nobody”

Louisa Catherine Adams’s thoughts about gender remained fraught as she tried to work through them. In her view, men and women were equal but separate. Implicitly, she recognized the fluidity and fragility of the differences—but feared the idea. She suggested that even adopting, for only a few hours, the outward trappings of a man might taint a woman, that to put on a pair of pants “unconsciously injures the manners” of a lady. When Charles’s spirited, athletic, tomboyish daughter Louisa was to act in a school play, for instance, her grandmother wrote and begged her parents not to let her take a male part. “The masculine stride, the bold look” were not merely unbecoming, Louisa wrote: they might “destroy the timid and blushing graces of a girl of sixteen on her entrance into a world, where feminine elegance has assumed a positive and fixed standard.” The social pressure to embody a strict model of femininity was enormous and growing more intense as the century progressed. “Warlike women, learned women, and women who are politicians, equally abandon the circle which nature and institutions have traced round their sex; they convert themselves into men,” read an essay in Boston Magazine.

Nothing less than the social order seemed to rest on the maintenance of this well-defined “circle.” Those who lived outside its bounds, like the French writer and intellectual Germaine de Staël, “could not be fitted for the common relations of society,” Louisa wrote. De Staël’s extraordinary talents made it impossible for her to “bear the shackles and restraints which man for his own comfort necessarily imposes, and would soar above that social and moral compact, which forms the strong basis of family union, peace, and happiness.” However strange it sounds now, Louisa believed that “shackles and restraints” were necessary for those common goods.

Where did that leave women? At times her view was dark. There were men, Louisa wrote, who made marriage a “badge of slavery.” In 1839, she would use the phrase “chains of wedlock” in a negative, nervous tone. She was writing about a divorce suit in Connecticut; a minister had struck his pregnant wife. Connecticut courts had one of the most equitable traditions for granting divorce—and yet the woman still lost her case. “I do not by any means wish to favour my sex!” she wrote, “but when we reason fairly we must be aware that the world adjudges all the weakness and the frailties of temper, as on our side—We know that the power the property and the law are all on the other, as well as publick opinion; which created by man is, always in favour of himself.”

She was conflicted, then—but her respect for strong women was unshakable, no matter how hard she tried to deny it. In her writings, she sketched portraits of women in quick, broad strokes, with all the chiaroscuro that she used to paint herself. Women who had strongly “masculine” characteristics, including some of the most formative figures from her life, fascinated her. Elizabeth Hewlett had been eccentric, with a strong mind and stronger passions, but also another mother figure. Her favorite teacher at school, Miss Young, had grown up studying Greek and Latin and dressed like a boy. Lady Carysfort had been masculine and forbidding, but also a second mother. Louisa was drawn to them and yet insisted that she was not like them.

How should a woman think, speak, feel, behave? Louisa was of two minds, and she never could sort out which one was her own. “There is generally a want of feminine grace and sweetness, in these showy, strong minded women; which produce fear in us lesser lights: and this has always been my first impression on becoming acquainted with them,” she later reflected, “yet they always appear to me to be what God intended woman to be, before she was cowed by her master man.” The Seneca Falls Convention, the first women’s rights convention in the United States, was still ten years in the future.

She had no one to talk to, she wrote, because she was “imbued . . .with strange and singular opinions.” Time passed slowly and heavily. Her correspondence, at least that which survives, trailed off, and she wrote only occasionally in her diary—her thoughts dwelling on religion, Plutarch, Shakespeare.

On July 1, 1840, at the age of sixty-five, she started her most ambitious project. Begun as a letter to Charles, it grew to seventy pages and two drafts. She called it “The Adventures of a Nobody.”

It was, in part, a record of pain, starting with the events that she described as disillusionment: the coincidence of her marriage, her father’s failure, and her first miscarriage, all within a few months. But it was also an extraordinary account of a long, complicated, and deeply felt life—a life, indeed, of adventures.

She wrote about catching sight of Queen Luise, like seeing the first flower of spring, and about the shivers that Pauline Neale’s Polish and Bohemian ghost stories had sent rippling down her spine. She described her anguish on seeing her father when she returned to Washington, a broken man. She wrote about reaching Quincy for the first time, how utterly strange it had been—stranger than stepping onto Noah’s ark. She wrote about meeting Aaron Burr, eating canvasback ducks at Thomas Jefferson’s dining table, and burning cakes in the little saltbox cottage on Penn’s Hill. And, with the knowledge of all that had happened since, she wrote of being taken by surprise, forced to leave her two older sons when she, John Quincy, and Charles had left for Russia—the two sons who would die before her. She wrote about Russia, the tsar and the ice and the sad splendor. The story ended in September 1815, with the death of her daughter. The last line was, “My Child gone to heaven.” Possibly, she could not bring herself to go on.

Many historians and biographers who study John Quincy have read “Adventures” and taken her self-pity at face value. “Sickly and delicate, [Louisa] lacked the mental toughness, the resourcefulness, the strict standards of thrift, and the zest for life that made her mother‑in‑law, Abigail Adams, the measure of womanly excellence in New England,” wrote one of John Quincy’s biographers. Another described Louisa with clichés about Victorian womanhood: “Louisa Adams accompanied [John Quincy] in his subsequent diplomatic wanderings, was the tender and affectionate mother of their three sons, faithful companion of all his later political adventures and vicissitudes. To her the Adams family owes its continuance in direct descent from the Presidents; it also inherited from her a gentle mother’s kindness—and fortitude—if character can be inherited.”

Louisa’s voice in “The Adventures of a Nobody,” though, is not the voice of a woman who was sickly and delicate, nor very gentle. It is vivid and propulsive. Her story cannot be completely trusted, of course. (She appears to have used old diaries and John Quincy’s diary as an aid for facts.) She was writing about events long past, and her view was colored by her feelings as she wrote. She said so herself. “Thus you find,” she once wrote a friend, telling a story about Berlin, “that I am the Heroine of History (or the present, remembering the history of the past only as a ‘tale that is told’).” Still, “The Adventures of a Nobody” is a rich historical text. It offers glimpses into Berlin and St. Petersburg during the Napoleonic Wars and into New England and Washington during the early republic. It reveals undercurrents of anxiety about the massive transformations taking place. It features memorable portraits of some of the most significant personalities and politicians of her day. It is also, more important, the story of something more peculiar: the adventures of someone who called herself a nobody. In an obvious sense, that “nobody” is self-effacing. She was describing herself as inconsequential, almost nonexistent. But there is also another way to read that word. “The Adventures of a Nobody” describes the extraordinary experiences of a woman whose body constantly kept her aware of her frailty and limitations. Her body miscarried, fainted, fell. It kept her down. The words on the page, though, needed no body. She left for us a voice. 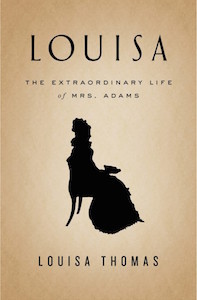 Louisa Thomas is the author of Conscience: Two Soldiers, Two Pacifists, One Family—a Test of Will and Faith in World War I. She is a former writer and editor for Grantland and a former fellow at the New America Foundation. Her writing has appeared in The New York Times, Vogue, The Paris Review, and other places.

Adam Gopnik on the Ur-Gentrification Story of Place des Vosges 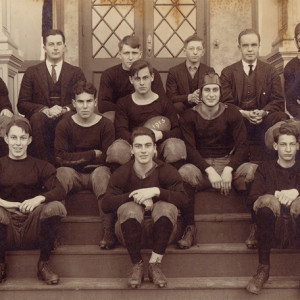 A bagel place sits at the bottom of a hill, on the other side of a roundabout, from the boys’ school where I serve. When...
© LitHub
Back to top
Loading Comments...