“The Confessions of a Very Old Man” 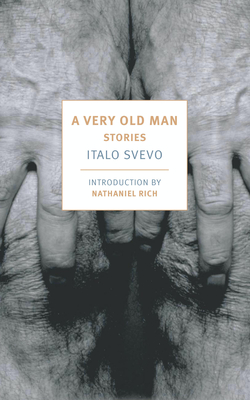 The following is a story from Italo Svevo 's A Very Old Man. Svevo published two novels in the 1890s, but after they were dismissed by critics he abandoned literature, only returning after the young man whom he had hired to tutor him in English, James Joyce, asked to see his novels. With Joyce’s support, he published The Confessions of Zeno in 1923 to international acclaim. Svevo had finished a new book and was at work on another when he was killed in a car crash in 1928.

A new era began for me on this date. I discovered something of importance in my life, or, rather, the only important thing that has ever happened to me. It was the account I made of a part of my life. A batch of written tales set aside for a doctor who’d prescribed them. Reading and rereading these, I find it easy to put things in the places where they belong, places my inexperience had prevented me from finding. How alive that life is, and how definitively dead the part I didn’t recount. I look for it sometimes, anxiously, feeling amputated, but it’s nowhere to be found. I know, too, that the part I told was not the most important part. It became the most important because I obsessed about it. And now what have I become? Not a man who lived, but a man who wrote things down. Ah! The only thing that matters in life is collecting one’s thoughts. When everybody else understands this as clearly as I do, they will all write. Life will be literaturized. Half of humanity will devote itself to reading and studying what the other half has put down. And contemplation will take up as much time as possible—time to be subtracted from horrid real life. If one part of humanity rebels and refuses to read the lucubrations of the other part, so much the better. Each person will read himself. And whether each life becomes clearer or murkier, it will evolve, correct, crystallize. At least it won’t remain what it is, undistinguished, buried as soon as it’s birthed, with those days that fade away and accumulate, one identical to the next, to form years, decades, a life so empty it merely serves as a number in a statistical table of demographic trends. I want to start writing again. I’ll put my whole self and my every incident in these pages. They call me a grumbler at home. I’ll surprise them. I won’t open my mouth, and grumble only on the page. I’m not made to fight, and so when they suggest that I’m no longer able to understand things, rather than deny it or try to prove I can still look after myself and my family, I’ll run here to regain my peace of mind . . .

I’ll discover that the person written about here is quite different from the one I recorded years ago. Life, even when not written down, leaves its mark. I think one grows more serene with time. I no longer suffer that foolish remorse, those terrifying fears of the future. How could it terrorize me? I’m living that future now. And it spins by without creating another. So this is not even a real present, it’s out of time. There’s no ultimate tense in my grammar. Yes, I did think the rejuvenation procedure would change things. However, I decided upon it capriciously, and was always ambivalent, confused, forever about to change my mind, with one ear out in case my wife, my daughter, or my son began to insist that I should stop. But no one did, most likely they wanted to witness that amazing operation, which in any case would cost them nothing. And so I went along, suffering and concealing it. First I compromised myself with my wife and my daughter, broadcasting my intentions in an attempt to frighten and punish them; and then on the telephone with the doctor, once again hoping to frighten and punish him, and so I ended up on the operating table entirely against my will. Afterwards came a case of boils that has confined me to my bedroom for a month.

All the same, old age is the peaceful stage of life. So peaceful it’s not easy to record. Where to grab hold, to begin to describe what led up to the surgery? The aftermath is easy. The expectation of the youthfulness the operation was meant to bring was itself a kind of youthfulness, a period of hard suffering and great hopes. I see how my life began in infancy, passed through a turbulent adolescence that one day subsided into youth—a sort of disenchantment—and then plunged into marriage, resignation interrupted by the occasional rebellion, and from there to old age, the main thrust of which has been to cast me in shadow and eliminate my role as protagonist. For everyone, even for me, my life served to enhance the importance of the others—my wife, my daughter, my son, and my grandson. Then came the operation, and everyone looked on me with admiration. I grew excited, returned to an earlier stage of life quite like what my own had been—I mean the life that doesn’t require operations, natural life, the one everyone has—and excitement led me to these pages, which I think I should never have abandoned. Justified though my self-reproof is, it’s not more convincing than the shame of that other old man who felt he had withered because he no longer had women. I’m writing because I must, when once a pen in hand would have made me yawn. I think the operation has had a salutary effect.

And so I must begin where I left off. The war had ended in the fashion everyone knows, and to the general victory I planned to add my own particular victory: I intended to show old Olivi how successful I’d been at managing my affairs without him. But the old man, who had never paid me the least notice, went and died of the flu in Pisa so as not to have to admire me—after he’d already informed me when he would be arriving and I had written to say what his duties would henceforth be. That is, he’d be running the office, while I would be managing the business. I awaited him impatiently; if he’d gotten there in time he might have spared me a serious loss, the purchase of all those railcars of soap sitting in Milan, waiting for the frontiers to open to make a colossal killing. The prospect of such a deal stirred my wartime instincts, while Olivi had another type of experience that might, once the armistice was signed, have been useful. I bought a gigantic portion of stock and was in no hurry to sell, as one isn’t, in war. Was there a widespread need to wash? You only had to board the tram in Trieste to notice an intense stink—to me, a heavenly smell that reassured me about the soap operation. When I learned of Olivi’s death I was somewhat irked: he had escaped his downfall! Later, I was glad, for nobody in Trieste was interested in my soap. Did they no longer wash? It would have been a sorry day had Olivi come to find that most of the profits of war had been consumed in a deal made in peacetime. I was all alone liquidating that business. And I didn’t reproach myself at all. The world had evolved so quickly that I had slipped off and was sailing unknown seas. That soap I bought in Milan didn’t have the fat content prescribed by the Austrian law that still governed Trieste despite the presence of Italian troops. So I sold the soap on three-month credit to an Austrian, who then departed for Vienna where it was to be shipped. There, either because it was urgently needed or because it didn’t meet legal standards, the soap was confiscated. The bureau that took charge of it eventually paid full price. But the kronen only got here when it was too late to exchange them and were finally worth only a few lire.

That was my last deal, and I still recall it from time to time. One never forgets one’s first deal, spoiled by one’s naiveté, or the last, a catastrophe because one’s overly shrewd. And I haven’t forgotten mine because there’s a certain amount of rancor involved. Just before I liquidated the shipment, young Olivi came back from the war. The bespectacled young lieutenant’s chest was adorned with medals. He agreed to take up his old duties under my direction. And I quickly got used to the very comfortable role of a ruler who doesn’t govern. Very soon, I knew nothing of my own business. Every day new Italian laws and decrees poured down, written in an incomprehensible language of which the only thing certain was the numeral that designated our king. I let Olivi deal with all the documents and the tax stamps (it was then that the nation began to wet countless stamps). When the man became quite disagreeable, I avoided the office. He was always talking about his merits and his hardships during the war, never missing a chance to reproach me for not having played my part in the victory.

Speaking of soap and the now worthless kronen, I once said to him, “But there must be some way we can go after the Viennese. We won the war, didn’t we?” He laughed in my face. I’m convinced that just to prove I hadn’t won the war, he never did anything to force the Austrians to compensate me.

Otherwise, he devoted himself to my business with great diligence. He was devoted, too, to my son Alfio, who, after he dropped out of the gymnasium, would come to the office from time to time to gain experience. Then he quit, when he took up painting—but it was clear Olivi didn’t mind some supervision.

Nor did he mind being supervised by my son-in-law Valentino. Now there was a worker! All day long pursuing business, and every night more than an hour going over Olivi’s books. Then, alas, he fell ill and died, but thanks to his efforts I place the same trust in the young Olivi that my father and I had in the elder. Indeed, one might say more, because old Olivi was never supervised very carefully at any time in his life. My father knew nothing of accounting, I suspect, while I went into the office from time to time, but mostly to deal with my own affairs rather than supervise someone else. Anyway, I’ve never been good at the books. I can do business—that is, dream up and carry out a deal—but when I’m finished it all becomes a fog and I don’t know how to record it.

From “The Confessions of a Very Old Man” from  A Very Old Man by Italo Svevo. Translation and afterword copyright © 2022 by Frederika Randall. Courtesy of NYRB Classics.

This America of Ours by Nate Schweber, Read by Fred Sanders 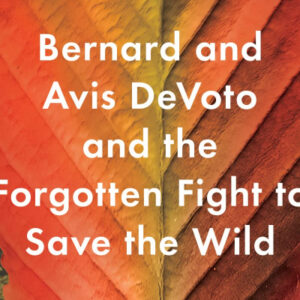 This America of Ours by Nate Schweber, Read by Fred Sanders Every Monday through Friday, AudioFile’s editors recommend the best in audiobook listening. We keep our daily episodes...
© LitHub
Back to top