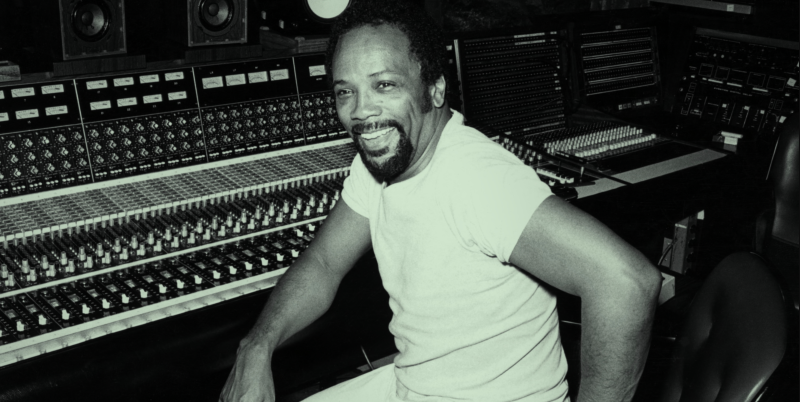 Patricia Mulcahy on Collaborating with a Musical Icon

After more than twenty years in publishing, I was fired in a corporate shake-up. Imagine my surprise when the publisher who fired me called to ask if I’d like to help complete a project I had signed up when I was editor in chief, the autobiography of Quincy Jones, musician, composer, arranger, and media mogul.  Now “Q,” as he is known, had parted ways midstream with his collaborator.

I certainly knew how to edit and shape a manuscript but had never been asked to help create one. This was a radically new perspective—from the page up, so to speak.

What impresses me most as I review the half-finished manuscript is Quincy’s ability to stay one step ahead, as when he starts Vibe magazine before hip-hop enters the commercial mainstream. No matter the era or the musical style, he always had his finger on the pulse.

In academician Gerald Early’s essay about Quincy Jones and Miles Davis, he notes that the two old beboppers stayed young and fresh by seeing around the corner, both musically and culturally. Early quotes Miles, describing Quincy: “Certain paperboys can go in any yard with any dogs, and they won’t get bit. He has ‘it,’ whatever ‘it’ is.”

At Q’s home in Beverly Hills, we establish our working method. Atop a winding road, the sprawling hilltop enclave with night-blooming jasmine at the front door has a sweeping view of the valley below. I’ve never heard of night-blooming anything; I’m really not in Brooklyn anymore.

I observe that Quincy has a sparkle in his eye but is also wary; he takes my measure carefully and seems to have a sixth sense for points of vulnerability. He knows I just lost my job, and that this is a new way of working for me.

In person and on the page, Q is at once boisterous, befitting a very successful and wealthy man who is used to giving orders, and playful and full of wonder. His loyal staff, many with him for years, help him cope with his hoarder instincts. Mr. Jones, as he is addressed, saves so much paper that piles of it on counters obstruct the cooking staff, who carry on, nonetheless.

Reminiscences and observations from old colleagues and from family members are woven throughout the narrative. His daughter Kidada titles her contribution to the book, “House of Paper.”

She observes: “We live in a house full of papers. Papers everywhere. In the kitchen, on the desk, in the living room, in the hallway, in the den. Everywhere. There are musical score papers, faxes, reports, trades, letters, requests, responses, crossword puzzles, scripts. This is what my Daddy does. His work ethic is amazing. Work is also his response to pain.”

To say that working with Quincy Jones is challenging is an understatement: this is a man who sleeps only three hours a night and churns out new ideas every waking minute—a man with total recall of every gig played, record produced, and business deal negotiated. I struggle to keep up with his charge-ahead energy and to make sense of so many years of music-making, skirt-chasing, and hanging out with friends like Marlon Brando, Ray Charles, and Frank Sinatra, who earns Q’s respect not just musically, but also because Sinatra refuses to play any venue that treats African Americans differently.

At the top of the literary ladder, I often rued the fact that so much of my workday was consumed by meetings, contract negotiations, massaging the egos of unhappy agents and their clients, and tending to my staff of seven. “Why can’t I get back to words on the page,” I would lament to friends.

Now I’m in the editorial trenches. Sometimes I go over a single paragraph with Quincy seven or eight or more, times: “Honey, let’s give people something,” says Q. “Let’s spin it one more time.”

I can only imagine the atmosphere at his recording sessions.

Often, I go to sleep at night with the cadences of his speech patterns reverberating in my head. As we go over page after page, sometimes in excruciating detail, I often feel I am channeling the voice of a then-seventy-year-old African American man whose life seems to span every major development in recent U.S. cultural history.

One example: After his carpenter father finds work in the Navy Yard in Seattle and moves his family there from Chicago, young Quincy takes to hanging out in local clubs, where he befriends a blind, sixteen-year-old piano player just up from Florida; his name is Ray Charles.

By the time Q is sleeping in the Lincoln bedroom in the White House at the dawn of the new millennium, I start comparing him to Forrest Gump, which seems to tickle him. At the start of the book’s thirteen pages’ worth of acknowledgments—including voluminous lists of every musician who’s ever inspired him—he accepts the title, “Ghetto Gump.”

Some days, he can barely take in the length and depth of the roads he’s travelled. Every time he talks about the day his mother, a highly intelligent, college-educated woman, was taken away from their front porch in a straitjacket, his eyes wells up. Yet he recounts his bouts with not one, but two, brain aneurysms in nearly dispassionate detail.

I remember Q’s words, repeated many times as we surveyed his lengthy career: “Honey, you can’t stay on top forever.”

As befits a man who lived many years as a working musician, Quincy often comes alive around 10:00 p.m. and wants to keep working well past midnight. I have to keep myself in one piece. One night after stalking out at around 1:00 a.m., I promptly get lost on the pitch dark, winding roads. A trip to the hotel in nearby Westwood that should take fifteen minutes takes an hour. Unlike New York, where there is always someone on the street to stop and ask for directions, Beverly Hills offers only large, noisy security dogs to the befuddled traveler.

The next morning, Q has a laugh at my less than stellar navigational skills: I assure him that I have nothing but respect for him but am less than capable at that hour.

Though Quincy is demanding, he never makes me feel less than appreciated for my dedication to the task at hand. He is also very generous. In the course of working with him for almost a year, I receive: a scented candle from a storied company in Paris (Q is a lover of all things French and was awarded their version of the Legion of Honor); champagne when the book is finally handed in; and a signed note still hanging over my desk: “Dear Patricia: With all of my heart, I thank you for being part of my book, but even more important, I thank you for being part of my life. Deep love (accompanied by a little heart), Quincy.”

Dear Reader, does the all-time champ of the Grammy Awards (twenty-eight, including one for Best Audio Book) need me in his highly populated, all-star life? Clearly not—but I don’t think the above is disingenuous, either. Decades later, I am still on the Christmas card list; I consider it an honor.

After about eight months of intensive work—writing, cutting, rearranging, polishing—Quincy Jones’ life story is finally ready to send to the editor, who seems pleased with the results—as is, reportedly, the head of the department—the man who fired me.

You never know how the circle will come around.

In October 2001, Q: The Autobiography of Quincy Jones hits the New York Times bestseller list at #10; but for a maker of so many #1 hits, this is a letdown. And the bestseller status lasts only three weeks, given the book’s publication a month after the attack on the Twin Towers. Though reviews are mostly positive, some critics ask if this is a moment for Hollywood fare.

After all the work we’ve done, it’s deeply disappointing to be at the behest of events beyond our control. Then again, how many times did I publish wonderful books whose reception was not what I, or the author, hoped for? It’s more the rule than the exception in a very crowded marketplace.

I remember Q’s words, repeated many times as we surveyed his lengthy career: “Honey, you can’t stay on top forever.”

All you can do is hustle—and give props: Demonstrate appreciation for every person who’s shown you even a little bit of light. How often did Quincy weave in a new story about a musical protégé or collaborator he felt deserved recognition? “Honey, let’s give them some props.”

Working on Q, the autobiography, was only my second freelance assignment. Though I doubted many future gigs would be as educational, exhausting, inspirational, and just plain fun, I decide to chance flying solo.

In the epilogue to his story, Quincy Jones reflects on the fact that music is his touchstone, because “it instilled in me a belief in myself, which is the rarest of gifts, like a hard and brilliant diamond held in the deepest recesses of the heart.”

As words are for me: All props to Q for that illumination.

Patricia Mulcahy formed the editorial consulting service Brooklyn Books (www.brooklynbooks.com) after over twenty years in book publishing. She started as a temp at Farrar Straus and Giroux and left as Editor in Chief at Doubleday. Her authors included bestselling crime writers James Lee Burke and Michael Connelly. She is the co-author of It Is Well with My Soul: The Extraordinary Life of a 106-Year–Old Woman, by Ella Mae Cheeks Johnson (Penguin, 2010) and Making Masterpiece: 25 Years Behind the Scenes at Masterpiece Theatre and Mystery! on PBS by Rebecca Eaton (Viking 2013). She was “book doctor” for the bestselling The Good Neighbor: The Life and Work of Fred Rogers by Maxwell King (Abrams Press, 2018). Her writing has appeared in Publisher’s Weekly, The Rumpus, McSweeney’s, Dorothy Parker’s Ashes and in the anthology Brooklyn Noir 3 (Akashic Books). She is a member of the editorial collective 5E (www.5eeditors.com) and a graduate of Wesleyan University. She lives in Jackson Heights, Queens, New York. 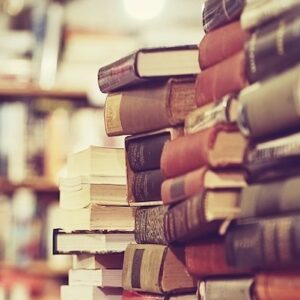