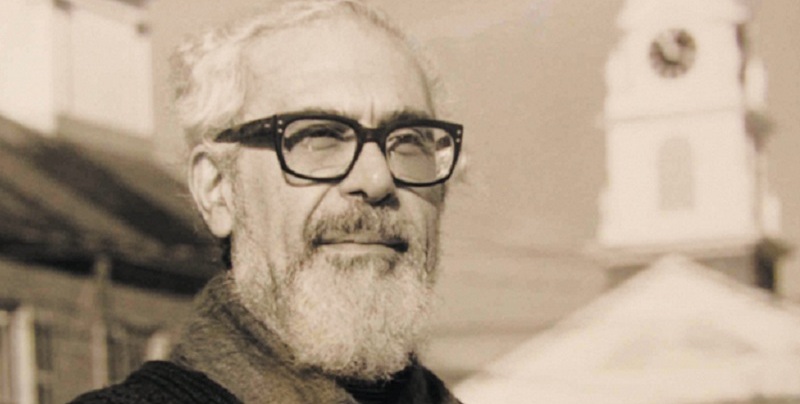 In the unity of style and subject matter that governs them, Antonio Di Benedetto’s principal novels, Zama, The Silentiary, and The Suicides, comprise a kind of trilogy and, let it be stated once and for all, constitute one of the culminating moments of 20th-century narrative fiction in Spanish. Di Benedetto is one of the few writers in Argentine literature to have devised a style entirely his own, grounded in frugality and precision. For all its terseness and apparent poverty, however, this style is highly nuanced, by turns colloquial or philosophical, descriptive or lyrical. Its power is astonishing.

Equally startling is Di Benedetto’s technical skill—an expression that wouldn’t have pleased him and that doesn’t entirely convince me—which his discretion, a personal trait that is rare in our time, always leaves in the background. Every story’s events are organized by its internal tensions, and Di Benedetto masterfully distills those events, assigning each one its precise place within the whole. Caprice plays no role in the construction of his novels. With a sure and skillful hand, his subtle artistry discards all superfluous rhetoric to concentrate on the essential.

Of this singular art, The Silentiary is one of the summits. First published in 1964, the novel carries forward the soliloquy launched in Zama in 1956 and later continued in The Suicides (1966) Read together, the three works form a tacit system that aims to represent the world, whose noise, in The Silentiary, is simply a metonymic variant, yet another “instrument of not-allowing-to-be.” From Don Diego de Zama’s comic abandonment to the methodical inventory of the causes and circumstances that can legitimize suicide, man, in Di Benedetto’s work, is trapped by the destructive noise of the world.

And the silentiary—an admirable neologism that displays both Di Benedetto’s conceptual precision and his fine ear for the elusive evocations of speech—a nameless personage locked within his persecuting universe, who only succeeds in making his torture eternal when he resolves to neutralize its causes, stands out, even among the many memorable figures that emerge against the unmistakable landscape of Di Benedetto’s fiction.

Those who would derive the novel from the epic, no doubt with good historical reason, must henceforth abandon their cause in defeat: this unusual trilogy has no use for the epic’s moralizing, its melodramatic scrap heaps of gold and silver. Di Benedetto’s characters struggle (in silence, we might say), riveted to the impossibility of living, like live insects pinned to a naturalist’s chart by the sharp and wounding point of some obsession: an unreasonable hope, suicide, or the noises that “act upon your being.”

The ingenuity Adorno finds in the epic, the immersion in concrete reality, the pure action freed from the paralyzing venom of reflexive consciousness, only exists as legend among Di Benedetto’s characters: Zama’s or Besarión’s “departure,” or the writing that promises finally to bestow plenitude and thereby emancipation from the servitude imposed by the external world on the narrator of The Silentiary, who confesses, “By day, I thought that even in my dreams I lacked all talent or ambition for heroism.”

The consciousness of this nameless narrator, at once omnipresent and discreet, diagrams a succession of events until it reaches a point where perception and delirium, common sense and paranoid rationalization, become—without emphasis or explanation, be it psychological or of any other sort—a piercing image of the world’s painful complexity.

The immense debt that Argentine culture owes to Antonio Di Benedetto has yet to be settled.

The question of whether the anomaly dwells within our consciousness or in things themselves turns out to be insignificant, of no use whatsoever in solving the problem. World and consciousness, joined in secret but constant struggle, tumble together to their perdition. We can, of course, believe it is the unforeseeable breath of dementia that blows here on the hot coals of obsession, but the final silent protest also seems legitimate and sincere: “‘Martyr for having aspired to live my own life, and not someone else’s, not the life that is imposed,’ my justification clamors within me.”

The life that is imposed, that is: the inhuman weight of the external world. For the silentiary (the “maker of silence” or hacedor de silencio, as I once heard Di Benedetto himself say, pleased by a nuance the title acquired in one of its translations) the multiplicity of noise derives from its many sources, yes—and also from its many possible meanings.

Noise introduces accident into the world, asymmetry, suffering. For the narrator, that which precedes the creation of the world is darkness and silence, towards which everything tends back. “Our noisy years,” as Shakespeare might say, are merely an adverse parenthesis, a painful interruption of stasis, one particular case within the intolerable cycle of rebirths into the prison of appearances from which, according to Buddhist doctrine, only bodhi, “awakening,” can liberate the saint into the definitive nonconsciousness of extinction.

But, in its connotation of superficiality, noise also represents wordliness, and implies an irreflexive, almost programmatic social conduct, whether as a form of opposition, or as the hyperaffirmative postulation of oneself or even of a generational imperative. The expression “get in the noise,” which the narrator defines as a slogan of the age, posits noise as the embodiment of all that is optimal, the positive essence of existence, and therefore the source of the universe’s final justification. A war of principles thus exists between the narrator and the world, an organic antagonism, irreconcilable and extreme.

Finally, another of the many aspects of noise’s multiplicity, and perhaps the most destructive of them all, is that of the ambiguity of its origins and character, and of the true cause of its omnipresence. For it seems all too difficult to know with any certainty whether its enemy waves, lacerating but blind, reach into us from the outside, or whether they expand outward surreptitiously from some obscure place, an intimate source both internal and remote, deranging both us and the things of this world.

The paradox reaches its apogee when, at a given moment in the struggle and sometimes perhaps from its very beginning, Di Benedetto’s characters seem to change sides and ally themselves with the world, collaborating in their own defeat. In the final scene of Zama, the sublime “I might not die. Not yet,” expresses less the hope of prolonging life—the body reduced to bloody stumps, consciousness to a faint, groggy dream—than the certainty of continuing to endure an endless parade of losses and humiliations. In this, and in their particular feeling for vileness, their own and that of others, Di Benedetto’s characters have a distant affiliation with certain of Dostoyevsky’s heroes. But their secret wounds, their isolation and irony, and especially the slightly masochistic irony in their view of themselves, makes them closer kin to the characters of Svevo, Pessoa, and Kafka.

Before concluding, I find it impossible not to address a central matter in Argentine literature: the narrative prose of Antonio Di Benedetto. His prose is undoubtedly the most original of the century. Useless to seek antecedents for his style, influences: he has none. Much like the Judeo-Christian cosmogony—that is, the world in which we live—Di Benedetto’s style appears to have emerged from nothingness. In that respect, it is superior to our world, which required six days of its creator’s time to be completed. From his first sentence, Di Benedetto’s prose was fully developed, ready to perform.

In Borges we occasionally find echoes of Hazlitt, Marcel Schwob, Oscar Wilde, or Macedonio Fernández; in Roberto Arlt, the Russian writers, Pirandello, the Futurists. But while certain themes in Di Benedetto’s work have an affinity with those of existentialism—the ghosts of Kierkegaard, Schopenhauer, and Camus drift along the back of the stage from time to time—the prose that discreetly distributes them across the page has neither precursors nor successors.

Though from the start a tiny group of readers, gradually increasing in number over the years, was able to recognize the obvious genius of his fiction, and though a few translations and reissued editions have come out in recent decades, the immense debt that Argentine culture owes to Antonio Di Benedetto has yet to be settled. The prizes he won, which he proudly listed on the flaps of his books, were ridiculously disproportionate to the texts they were meant to reward.

We might almost say, when we consider the profound meaning of those texts, that those prizes merely attest to an anachronism. Well intentioned though they were, such local acknowledgements—municipal, provincial, or national; governmental or corporate—cast an equivocal light upon a body of work that is at once cerebral and gut-wrenching. In the subjects it addresses and the wise artistry of its composition, Di Benedetto’s writing is of universal significance. 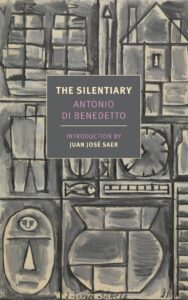 Juan José Saer (1937–2005) was considered one of the most important Latin American authors to come after Jorge Luis Borges. He wrote several novels, a few of which are available in English, including The Regal Lemon Tree and The Witness.

Is Adaptation a Feminine Act? On the Women Writers Who Worked on Alfred Hitchcock Presents

The 10 Best Book Covers of February 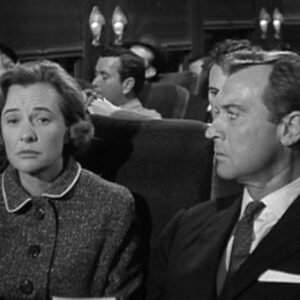 Is Adaptation a Feminine Act? On the Women Writers Who Worked on Alfred Hitchcock Presents

As women writers adapted to a changing post-WWII job market, so too did they adapt in their work, translating their skills...
© LitHub
Back to top
Loading Comments...