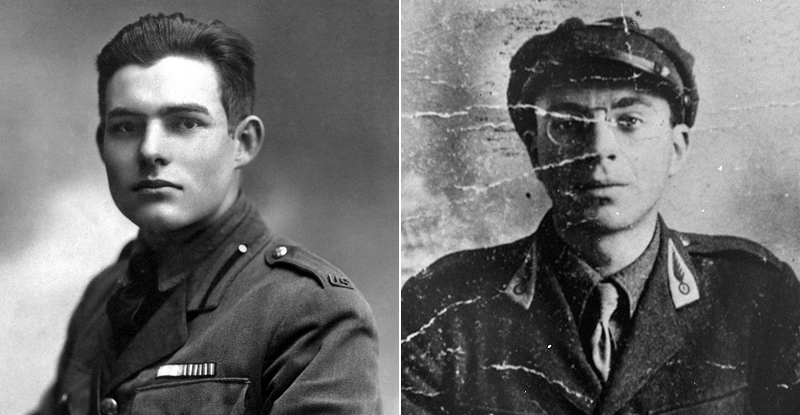 The Boxer and The Professor: Friendships of the Lost Generation

On Café Life with Hemingway and Dos Passos

In the early summer of 1924 two American writers sat in a Paris café. One author came armed with a dictionary, believing that reading the small type would improve his vision. The other brought a King James edition of the Bible. They took turns reading passages aloud from the Old Testament. The Chronicles and Kings were their favorites, along with the Song of Deborah.

The café where they sat, La Closerie des Lilas, straddled the corner of the boulevard St. Michel and the boulevard du Montparnasse and took its name from the white and purple lilac bushes encircling its terrace. As in most Paris cafés, the garçons had become accustomed to delivering café crème to tables populated by American expatriates swarming the City of Light. As the day wore on, the orders would change to vermouth cassis or the more potent absinthe, a green liqueur that turned milky white when mixed with water.

Of the two men at the table that day, John Dos Passos was the more famous and more accomplished. His last novel had been widely read and much talked about. At this moment he had a multibook contract with a New York publishing house. His straight black hair was already receding at age 28, giving him a kind of professorial look, which was accented by thick-lensed glasses and the gray suits he favored. When he spoke he did so in a halting tentative fashion with a mild stammer.

In contrast, the man sitting across the table from Dos Passos exuded confidence. With a full head of brown lustrous hair, chiseled features, and a broad-shouldered body made taut by vigorous exercise, Ernest Hemingway possessed looks that invariably drew attention, especially from women. But when it came to writing, he was struggling to make ends meet. So far, 25-year-old Hemingway had paid the bills by working as a stringer for a Canadian newspaper and with monthly remittances from his wife’s trust fund.

A prestigious annual collection had included one of his stories but misspelled his name. Such was his anonymity. However, a boutique Paris publisher had just printed a slim volume of Hemingway’s stories and poems— with his name correctly spelled, this time— that brought his literary promise to the attention of American expatriate writers in Paris.

There were a good number of them. The magnetism of Paris made the city irresistible to writers as well as to artists and composers. Popular novelist Fannie Hurst told Washington Post readers in 1924 that Paris was like a beautiful woman. “And America,” she added, “with a sentiment that is characteristic, worships the lovely creature.”

Paris represented everything their homeland was not for the generation of American writers like Hemingway and Dos Passos who had come of age during the Great War. An incomprehensible number of men— more than 9 million— had been killed, and twice that number had been maimed. It seemed to these young aspiring writers that the United States, which counted only 53,000 dead, refused to recognize that the world was no longer the same and never would be again. In their minds their country obdurately clung to its straight-laced ways, even extending its Puritanism to a war on liquor and even to book burning, such as the 400 copies of the legally banned Ulysses by James Joyce that were condemned to bonfires.

So they fled and came to Paris, described by those who watched as members of a lost generation creating a massive literary party and seeking new forms of expression for the reality of a fractured world. “Indeed, to young writers like ourselves,” said Malcolm Cowley, who also went to Paris, “a long sojourn in France was almost a pilgrimage to Holy Land.” By the time Dos Passos and Hemingway sat that summer day at La Closerie des Lilas, Paris’s American population had topped thirty thousand. “It was not what France gave you,” said Gertrude Stein, literary grand dame of the city, “but what it did not take away from you that was important.”

The expatriates created a colony in Montparnasse, the Left Bank quartier of Émile Zola and Anatole France. Most of the flats were without running water and many without heat. These American artists wrote in cafés by day, populated clubs at night, drank with abandon, and relished in the city’s liberated sexual life.

Money—or, more precisely, its unequal exchange—fueled the migration. Foreign currency was the equivalent of being wealthy because the Franc was worth so little. American writers, said one expatriate author, flocked to Europe like crows to a cornfield.

Even getting to Paris had become affordable. Steamship companies responding to draconian restrictions on immigration rapidly spruced up and converted their steerage class to Tourist Third Class. Promising a romantic crossing with a bohemian touch, the liners advertised these tickets to students, artists, teachers, and tourists.

In the midst of this Parisian literary colony Hemingway and Dos Passos delighted in each other’s company. “Ernest was always looking for someone who could really talk with him and on his level, and with the same interests,” his wife Hadley said. “John Dos Passos was one of the few people at certain times whom Ernest could really talk to.”

The two Chicago natives, however, were very different from each other. Whereas Hemingway was egotistical, certain of himself, willing to get ahead at the expense of others, apolitical, and athletic, the Harvard-educated Dos Passos was timid, questioning, considerate to a fault, a committed left-wing pacifist, and incapable in all sports aside from hiking. Their common pursuit, however, trumped their differences: they were plotting a literary revolution. To them the war had made traditional writing styles inadequate. Their generation needed its own voice, not one that imitated another from the past.

Dos Passos was deep into a new manuscript that used an innovative pastiche of visual imagery and cinematic jump cuts. For his part, Hemingway worked like a jeweler on paragraph-long unadorned stories, as he would later say, trying to pen “the truest sentence that you know.”

For now, in 1924, Dos Passos was ahead in their mutual pursuit for a new means of expression.

In the late afternoon on the days they met at La Closerie des Lilas the two writers would put down their glasses, pay their tab, and stroll back to Hemingway’s place. In the small walk-up flat Dos Passos lent a hand to Ernest and Hadley in bathing their baby son and tucking him into bed. Afterward, when the housemaid arrived to babysit, Ernest, Hadley, and Dos Passos went out into the Paris night for dinner, and literary discussion renewed.

“They had a lot to say to each other,” Hadley recalled. “There wasn’t anyone else around for Ernest like that.” Their nascent friendship rose out of a unique common bond. Like the other ambitious Americans drawn to the cafés of Montparnasse or even their colleagues who had remained in the United States, they too dreamed of penning the great books of their generation. But Hemingway and Dos Passos were different from the rest. They were almost alone among American writers of their age in having witnessed the war that defined their generation.

Dos Passos and Hemingway had held front-row seats as part of a cadre of men who volunteered for ambulance duty on the killing fields of Europe. In fact, Hemingway still carried shrapnel in his body. The men had confronted hardships and danger to a lesser degree than the soldiers, but they had also been afforded a greater view than that seen from the trenches. It was exhilarating and harrowing. “The war created in young men a thirst for abstract danger,” recalled Cowley, who also had served as an ambulance driver, “not suffered for a cause but courted for itself.”

Now, six years after the end of the conflict, John Dos Passos and Ernest Hemingway burned to put on paper what they had seen and experienced. The Great War was over, but not for them. Not yet. 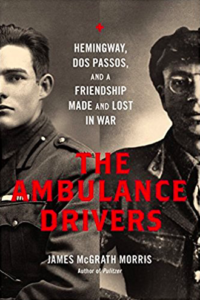 From The Ambulance Drivers: Hemingway, Dos Passos, and a Friendship Made and Lost in War. Used with permission of  Da Capo Press. Copyright © 2017 by James McGrath Morris.

James McGrath Morris is the author of The Ambulance Drivers: Hemingway, Dos Passos, and a Friendship Made and Lost in War, the New York Times bestseller Eye on the Struggle: Ethel Payne, The First Lady of the Black Press, which was awarded the Benjamin Hooks National Book Prize, and the highly acclaimed Pulitzer: A Life in Politics, Print, and Power. He has appeared on NPR's All Things Considered, PBS's News Hour, and C-Span's Book TV. A former journalist, he was the founding editor of the monthly Biographer's Craft and has served as both the executive director and president of Biographers International Organization (BIO). Morris lives in Tesuque, New Mexico.

Claudia Rankine: "I Think We Need to Be Frightened" 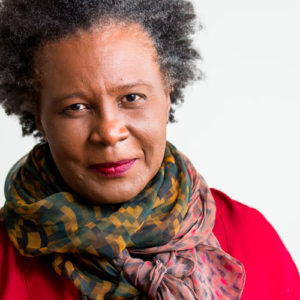 Claudia Rankine: "I Think We Need to Be Frightened"

Claudia Rankine took the stage at BAM on Tuesday night as part of the venue's Eat, Drink, and Be Literary series (presented...
© LitHub
Back to top
Loading Comments...