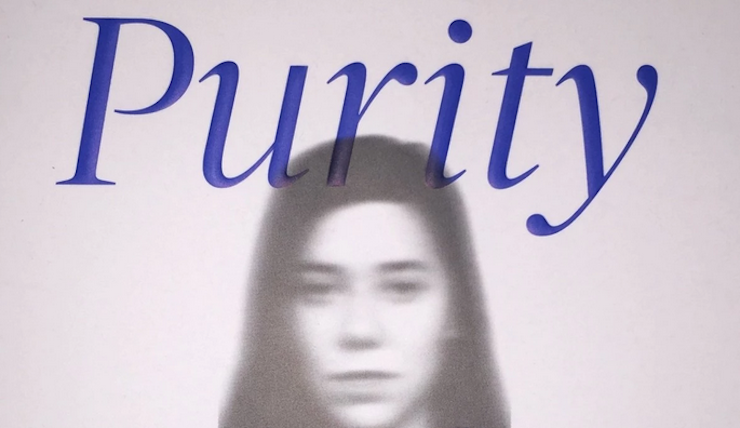 The Book in Ten Quotes: Purity

Every other week Oscar Van Gelderen summarizes a notable work of (non)fiction in ten quotes, with an emphasis on style and voice. No spoilers. This week, Purity, by Jonathan Franzen (published by Farrar Straus and Giroux, 2015).

No phone call was complete before each had made the other wretched. The problem, as Pip saw it—the essence of the handicap she lived with; the presumable cause of her inability to be effective at anything—was that she loved her mother. Pitied her; suffered with her; warmed to the sound of her voice; felt an unsettling kind of nonsexual attraction to her body; was solicitous even of her mouth chemistry; wished her greater happiness; hated upsetting her; found her dear. This was the massive block of granite at the center of her life, the source of all the anger and sarcasm that she directed not only at her mother but, more and more self-defeatingly of late, at less appropriate objects. When Pip got angry, it wasn’t really at her mother but at the granite block.  (5)

Dreyfuss was serving pizza when she went back inside, and the talk had turned to Andreas Wolf, the famous bringer of sunlight. She poured herself a large glass of beer.

“They never say,” Garth said. “It could be that somebody just leaked them the passwords or the keys. That’s part of Wolf’s M.O.—protect the source.”

“He makes people forget there ever was a Julian.”

“At least Julian still blows him out of the water as a coder. Wolf’s hackers are all hired guns. He couldn’t even hack an Xbox by himself.”

“But Wiki was dirty—people died because of Wiki. Wolf is still reasonably pure. In fact, that’s his whole brand now: purity.”

An accident of brain development stacked the deck against children: the mother had three or four years to fuck with your head before your hippocampus began recording lasting memories. You’d been talking to your mom since you were one year old and listening to her for even longer, but you couldn’t remember a single word of what you or she had said before your hippocampus kicked into gear. Your consciousness opened its little eyes for the first time and discovered that you were headlong in love with your mom. Being an exceptionally bright and receptive little boy, you already believed in the historical inevitability of the socialist workers’ state. Your mother herself, in her secret heart, might not have believed in it, but you did. You’d been a person long before you had a conscious self. Your little body had once been deeper inside your mother than your father’s dick had ever gone, you’d squeezed your entire goddamned head through her pussy, and then for the longest time you’d sucked on her tits whenever you felt like it, and you couldn’t for the life of you remember it. You found yourself self-alienated from the get-go.  (103)

They didn’t come. Not that day, that week, or that season—they never came at all.

And why didn’t they? Among the least plausible of Andreas’s hypotheses was that he and Annagret had committed the perfect crime. Certainly it was possible that his parents hadn’t seen what a wreck he’d made of the dacha’s back yard; the first heavy snow of the season had come the following week. But nobody noticed the unforgettably beautiful girl on either of her train trips? Nobody in her neighborhood had seen her and Horst walking to the station? Nobody had looked into where she’d been going in the weeks before the killing? Nobody had questioned her hard enough to break her? The last Andreas had seen of her, a feather would have broken her. (146)

The place was called Los Volcanes. There were no volcanoes, but the valley was enclosed by red sandstone pinnacles five hundred metres high or more. The sandstone absorbed water during the rainy season and released it year-round into a river that meandered through a pocket of wet forest, an oasis of jungle in otherwise dry country. Well-maintained trails branched through the forest, and during Pip’s first two weeks at Los Volcanes, while the other Sunlight Project interns and employees did their shadowy work and she had only small menial jobs to do (because Andreas Wolf was away, in Buenos Aires, and she hadn’t yet had the entry interview at which he told new interns what to do), she hiked the trails every morning and again late in the afternoon. To keep herself from dwelling on what she’d left behind in California, the piteous maternal cries of “Purity! Be safe! Pussycat!” that had followed her down the lane when she left for the airport, she immersed herself in smells.  (241/242)

Be happy: your spying days are over. No plausible story is available. You’re coming with me because I’m meeting potential investors and you’re the intern whose judgement I most trust. But think carefully about whether you’re ready for the others to see you differently. I’ll accept whatever you decide. Please burn this. –A. (283)

Don’t talk to me about hatred if you haven’t been married. Only love, only long empathy and identification and compassion, can root another person in your heart so deeply that there’s no escaping your hatred of her, not ever; especially not when the thing you hate most about her is her capacity to be hurt by you. The love persists and the hatred with it. Even hating your own heart is no relief. (434)

It was Andreas’s gift, maybe his greatest, to find singular niches in totalitarian regimes. The Stasi was the best friend he’d ever had—until he met the Internet. He’d found a way to use both of them while standing apart from them. Because it reminded him of his similarity to his mother, Pip Tyler’s remark about the Moonglow Dairy had wounded him, but she was right: for all the good work the Sunlight Project did, it now functioned mainly as an extension of his ego. A fame factory masquerading as a secrets factory. (450)

Fog spilled from the heights of San Francisco like the liquid it almost was. On better days it spread across the bay and took over Oakland street by street, a thing you saw coming, a change you watched happening to you, a season on the move. Where it encountered redwoods, the most local of rains fell. Where it found open space, its weightless pale passage seemed both endless and like the end of all things. It was a temporary sadness, the more beautiful for being sad, the more precious for being temporary. It was the slow song in minor that the rock-and-roll sun then chased away. (517)

Pip shut the door again, to block out the words, but even with the door closed she could hear the fighting. The people who’d bequeathed a broken world to her were shouting at each other viciously. Jason sighed and took her hand. She held it tightly. It had to be possible to do better than her parents, but she wasn’t sure she would. Only when the skies opened again, the rain from the immense dark western ocean pounding on the car roof, the sound of love drowning out the other sound, did she believe that she might. (563)

What I Teach: A Back to School Reading List

David Lipsky Ends Up Becoming Himself 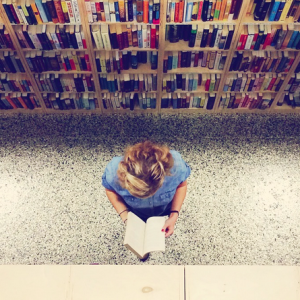 What I Teach: A Back to School Reading List

Last week we asked booksellers across the country what titles they were excited about this fall. Though it pains us to say,...
© LitHub
Back to top