The Bluebeard Myth is Forever Relevant

“Like a white bird, the scream flew up from the depths of the cellar, then became trapped inside Marion’s head. As it flapped its wings against the inside of her skull, she wondered how had it got through three floors of the big strong house to her dusty little room in the attic?”

In the opening of my novel The Visitors, Marion Zetland is woken by a scream in the middle of the night. Yet instead of going downstairs to investigate she does her best to ignore it and go back to sleep. On another occasion she and her brother John are having dinner when someone is heard banging loudly on the door of the cellar and pleading for help. Marion’s reaction is to go into the next room and turn up the volume on the TV while John deals with the “problem.”

When we examine the circumstances of her life this apparent callousness is perhaps easier to understand. Marion, still a virgin in her mid-fifties, has never been in love or had a job. She lives with her brother in a large Georgian mansion inherited from their wealthy parents; once grand, the house is now filled with junk and falling to pieces. Dependent on her older brother John, a controlling bully, since the death of her mother, she bends to his every command, the most important of which is never to enter the dark cobwebby cellar.

The presence of a secret room within an imposing gothic pile draws comparison with the centuries-old tale of Bluebeard. In Charles Perrault’s version of the story first published in 1697 a woman is married to a physically unattractive and much older man, distinguished by his blue beard. He gives her the keys to every room of the house, warning her that there is one she must not open. However, the woman’s curiosity proves too powerful to resist and she unlocks the forbidden door. Inside she finds a gruesome scene; the bodies of Bluebeard’s previous wives, all of them murdered:

After some moments she began to perceive that the floor was all covered over with clotted blood, on which lay the bodies of several dead women, ranged against the walls.

Like Bluebeard’s wife, Marion is engaged in a constant struggle to stop herself from even imagining what is going on in the secret chamber, fearing not only John’s violent temper but loss of her own sanity:

She tried to stop herself from wondering what had caused the person to scream and what it might be like down in the cellar in the middle of the night. Don’t think about it, she warned herself, or you’ll go mad, just like Great Aunt Phyllis. They’ll send you to one of those places with bars on the windows and you’ll have to eat your dinner with a plastic spoon.

According to Perrault the moral of the Bluebeard tale is that women should be punished for their curiosity: “Women are curious by nature and will inevitably succumb, but the reward of curiosity satisfied is a fleeting pleasure.”

However, unlike Bluebeard’s wife in the fairytale, Marion resists the impulse to unlock the forbidden door. Deep in denial, she prefers to exist in a permanent fantasy world where teddy bears are her only friends, distracting herself from whatever sinister deeds are taking place beneath the creaking floorboards by watching trash TV and stuffing herself with chocolate. Initially she accepts the lies her brother feeds her because the truth is too painful to bear. To what extent does this passivity make her culpable for the sins her brother commits?

I was first inspired to write The Visitors by true crime accounts involving homicide and sexual assault, where women covered up for the crimes of men in their lives: Maxine Carr provided a false alibi for her lover who was eventually convicted of killing two children in the village of Soham, England, in 2004; Michelle Martin, wife of Belgian serial killer Marc Dutroux, was convicted as an accomplice in his abduction and rape of five young girls.

It always seemed to me unbelievably shocking that a woman might protect the perpetrators of such heinous crimes, yet in many cases the women themselves, like Marion, had experienced difficult and abusive childhoods. In The Visitors Marion’s mother was a cold and unloving figure who constantly undermined her plain, timid daughter, while her father was more interested in pursuing his teenage mistress than spending time with his family. John, on the other hand, was constantly praised for his intellectual ability and treated as superior to his sister in every way. She had been brought up never to question his authority.

No one ever suggested what Marion might become, her future was of no importance whatsoever.

John is a domineering and physically imposing character who can skilfully manipulate Marion.  He even manages to convince her that he needs “the visitors” because he is lonely and he just wants someone to love him. Marion believes herself entirely dependent upon him for both emotional and practical support. Shy and socially inept she would be entirely alone in the world if he were sent to prison. In many real-life cases sociopathic men use their glib charm to persuade emotionally vulnerable women that their misdeeds are justifiable. Does this excuse the women for knowingly protecting rapists and murderers?

I wanted the reader to put themselves in Marion’s position, and to imagine what they would do if the person they loved most in the world committed a dreadful crime. Would they go to the police or instead do all they could to protect them?

As the story progresses Marion realizes she has little choice other than to go along with the lies because she is afraid of what her brother will do to her if she doesn’t.  At this point it is fear rather than love that motivates her to keep his secret:

At that moment the urge gripped her to go into his room and tell him she would no longer stand him having the visitors down there. That it was wrong and he must let them go immediately. The whole affair was making her sick with worry. She put her hand on the doorknob and was about to turn it, then stopped. Whenever she thought about defying him, an invisible brace tightened around her chest, making it difficult to breathe. What was she afraid of? John had never raised a hand to her, yet sometimes he looked at her like she was a drowsy fly he could crush between finger and thumb anytime he wanted to.

In many cases women will resist the urge to report such crimes to the authorities because they are afraid that they themselves will suffer violence if they do. To what degree then, if any, can they be held morally responsible?

Those who turn a blind eye in such circumstances are often castigated to a higher degree than the men they cover up for. When Maxine Carr was released from her prison sentence for providing Huntley with a false alibi she was sent so many death threats by members of the public that authorities provided her with a new identity. She is still pursued by the tabloid press to this day. Perhaps this reaction comes from the higher standards of morality demanded from women. Whereas it is presumed that part of the male nature is to be violent and aggressive females are expected to be caring and nurturing. When they fail to live up to these stereotypes society often judges them more harshly than their male counterparts.

Ultimately in The Visitors, these stereotypical differences between male and female, i.e. men as violent aggressors and women as passive victims, becomes a little blurred. As the story winds to a climax and the secrets of the cellar are revealed the moral polarity between brother and sister appears less absolute. The layers of Marion’s childlike innocence are peeled back to reveal a complex character who might have more than a little in common with Bluebeard herself.

Catherine Burns’ The Visitors is available now from Scout Press.

Born in Manchester, Catherine Burns is a graduate of Trinity College, University of Cambridge. She worked as a bond trader in London before studying at the Gerasimov Institute of Cinematography and teaching film theory at the University of Salford. The Visitors is her debut novel. 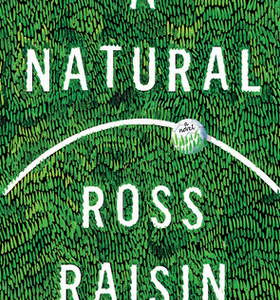 A few drivers had slowed to look up at the side of the coach as it circled the roundabout. Along one stretch of its window,...
© LitHub
Back to top