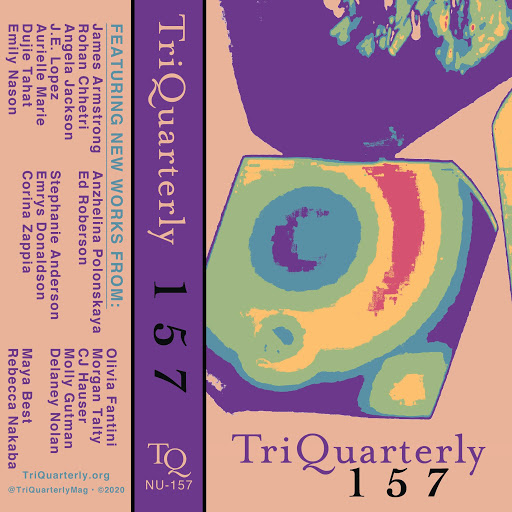 The following is an excerpt from a story by Morgan Talty which appears in the newest issue of TriQuarterly. Talty was born in Bridgeport, Connecticut, and grew up on the Penobscot Indian Nation in Maine. He received his B.A. in Native American studies from Dartmouth College and an MFA from the University of Southern Maine, Stonecoast.

Grammy slid the pack of Misty 100s across the kitchen table. Under the ceiling light the age spots on the back of her hand looked like sprinkles of dirt, and like the dirt, the age spots hadn’t always been there.

“Help yourself to a smoke, Robbie,” Grammy said. “I’ll make us some coffee.”

Grammy was sick. Not cough-cough sick, the way some old people got before they slid over to the other side like a pack of smokes. Well—maybe she was cough-cough sick, but not in her lungs. The cough came from her brain, from below the soft gray stuff, burrowed deep in tissue, something tickling her there in an indescribable way. And like a thick, hacking chest cough, the one from Grammy’s brain was bad.

“Go on, Robbie,” Grammy said. She poured water into the coffee maker and then dumped the old coffee grounds into the wastebasket with a thump. “The lighter’s in my purse.”

I dragged the pack to me, the back of my hand dirtless. With my fingernails, I pulled out the cigarette. It smelled like mint and was longer than my fingers. When I put it between my lips, it dangled there, the tip of the cigarette so far away.

“Robbie,” Grammy said, “I know you do it. Mom knows you do it. The lighter’s in my purse. But, please—don’t get me in trouble.” Grammy went to the fridge and opened it.

Robbie had been Grammy’s little brother, and he’d been dead since before us natives even had rights. I never knew him. To me, he was only a relative who left young and stayed young. Little Robbie. Little Great Uncle Robbie. He’d been my age—twelve—when the river took him, keeping him little forever.

“Are you hungry?” Grammy said.

“No,” I said. “I’m all set, Frances.” Mom had sent me down to see if Grammy needed firewood brought in—that was why I was here—and before I left Mom told me to play along if Grammy’s brain coughed. Mom didn’t say brain cough, though. She said, David, if Grammy starts up, go with it.

Grammy’s purse hung on the side of the kitchen chair. With the Misty hanging from my lips, I unzipped her purse and dug through papers, receipts, some braided sweetgrass, loser scratch-off tickets. Dirt in the bottom of her purse lodged itself under my fingernails. The loose change stuck to my hand. Two times I pulled from the purse what I thought was a lighter, but was actually lipstick and mascara. I took the purse from the chair and set it on the table under the light, and really dug my face in there until I finally found the lighter. A purple Bic.

I sat back down, the cigarette filter all wet and slimy and damp in my mouth. The coffee maker gurgled, then steamed and hissed, and finally water tunneled through the fresh grounds and sputtered out and into the stained coffee pot.

The lighter warmed the longer I held it, and I wondered how I should smoke or who I should smoke like. I could, maybe, smoke like my sister, Paige, cigarette always held close to her face between drags. Or I could smoke like Mom’s boyfriend, Frick: take tiny, tiny puffs, but expel the largest cloud of smoke. Then there was Mom, who only lit her cigarette, took one drag, and then forgot she even held it until the ash bent and then she flicked it, barely making the ashtray.

But then I realized I couldn’t smoke the way they did, because I was supposed to be Grammy’s little brother. Go with it, Mom said in my head.

I took the cigarette from my mouth, dried the moist filter as best I could, and then put it back between my lips. As I did with the woodstove at home, I flicked the lighter, except instead of putting flame to birch bark or newspaper, I touched the flame to tobacco. It caught, sizzled, and smoke rose up, stung my eyes. Smoke dived down, burned my throat.

I stayed until my body couldn’t take it anymore, until my head was banging and banging.

And then I coughed. Grammy laughed.

“Think you’d be used to it,” Grammy said. “Mom did say you were digging into the family’s blessing tobacco. Said she couldn’t catch you, but knew you were doing it.”

She was talking to Robbie, so I didn’t say anything.

I tried the cigarette again. It was easier on the throat, but it was still coarse, like swallowing sand.

“Misty’s are my favorites,” Grammy said. “Harsh but not too harsh.”

Grammy laughed. She reached in the cupboard and took down two white mugs, red lipstick faintly staining the rims.

She fixed the coffee, set mine in front of me, and took a seat. My ash was getting long, and so I flicked the cigarette over the ashtray. The ashes flung up and over and landed on the other side of the table, and Grammy swiped them to the floor.

Grammy lit her own cigarette, took a drag, and set it down on the table, the lit end dangling off. She picked up her coffee, blew on it sharply, and sipped, her eyes on Robbie.

I could have smoked more of the cigarette, but I butted it. I didn’t even sip my coffee twice before Grammy offered me another Misty.

Grammy sipped her coffee, and then set the mug down. “Have another,” she said.

By the seventh cigarette, I realized Grammy was setting me up. Or setting Robbie up. I was sitting in that chair, watching Grammy grow angrier and angrier with Robbie, forcing cigarette after cigarette on him.

“Smoke another,” she said after I butted each one.

I was being stubborn—I could have run home at any time. But I stayed until my body couldn’t take it anymore, until my head was banging and banging, until the coffee acid in my stomach begged to rise up and out.

I didn’t know how many I smoked, but finally I shot up—the chair tipping over—and I bolted for the front door.

“That’ll teach you to steal the blessing tobacco!” Grammy said.

Down the road, I dry-heaved into some brush.

My knees shook and my eyes watered. Everything was blurry. I weaved into the woods, split through sharp pine branches, stopping to lean on an oak every so often to try and puke before bobbing and bobbing—branches scratching my skin—farther and farther from Grammy’s house.

On the riverbank, my knees in mud, I tried to throw up but could not. It just wouldn’t come. It was in there—so much was deep down in there—but it would not come, would not rise up. I burped and gagged and burped, but only saliva dripped from my mouth, sending ripples through the river when it hit, making it harder to see in the brown water what I looked like. But there was no telling. The water was too dark. Dragonfly nymphs scuttled by, and water bugs glided on the water.

I was thirsty, but the river was a brown watery grit, filled with poison from the mill up north that sent down wads of pink and shit-colored bubbles that eventually dumped out into Penobscot Bay. I needed a drink, so I cupped my hands and dipped in, and I slurped the water. It tasted fine, but it still sickened me. I tried to throw up once more, but I couldn’t, and I almost fell into the river, had to catch myself, hands all muddy.

Before standing, I splashed water on my face. My headache was fading, but that nausea in my gut was trapped.

I hurried back through the woods, hoping I didn’t look ill, hoping I looked fine. Excuses are easier if you look fine.

At home, Frick was outside under the hood of his gray truck, swearing, and I ran past him and up the cement steps and through the back door. Mom was where I’d last seen her, at the kitchen sink with a bottle of Connoisseurs Silver Jewelry Cleaner, freshening what she hoped to sell at the pawnshop in Overtown where Paige worked, and the smell of that cleaner—the smell of old pennies—made me wonder if everything was going to smell worse than it actually was.

“Did she have enough wood?” Mom said.

I kicked off my shoes, and through the hole in my sock my big toe stuck out. I put it back in and hurried down the hallway to my room. Paige came out of hers and bumped into me.

“Jesus,” she said, waving her hand in front of her nose. “Grammy smoke you out over there?”

Fully clothed, I crawled into bed, my muddy knees staining the white sheet.

From “The Blessing Tobacco.” Copyright © 2020 by Morgan Talty. First published in TriQuarterly, January 2020. By permission of TriQuarterly and the author. All rights reserved.

Adelle Waldman Performs a Section of Her Novel The Love Affairs of Nathaniel P.

Post-Soviet Travel on the Turkmen-­Kazakh Border 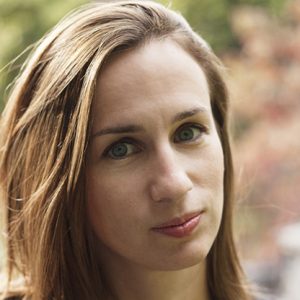 Adelle Waldman Performs a Section of Her Novel The Love Affairs of Nathaniel P. Storybound is a radio theater program designed for the podcast age. Hosted by Jude Brewer and with original music composed...
© LitHub
Back to top