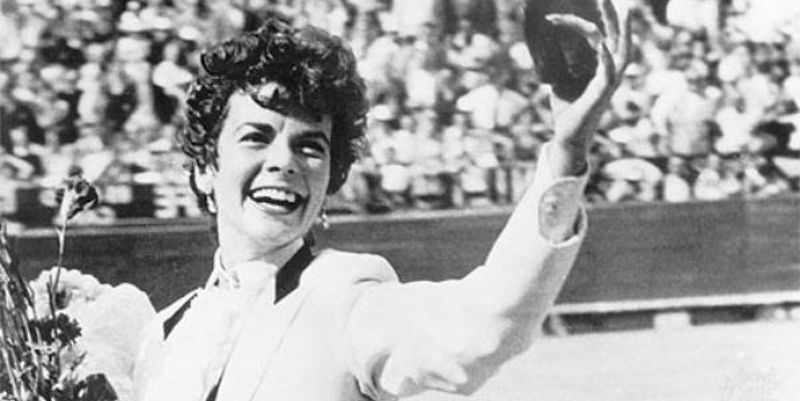 On the Impossible Task of Writing Bette Ford's Story

In the border city of Juarez, in 1958, Bette Ford, the former fashion model and actress who had reinvented herself as a bullfighter, was badly injured by a bull. Bette, 31 years old at the time of the goring, could not expect a quick recuperation. Many bullfighters begin to think about retirement when they approach the age of 30, in part because it gets more and more difficult to bounce back after being pierced by a horn or stomped upon by hooves.

After a doctor at the clinic in Juarez stitched up Bette’s left hand, Bette, indefinitely sidelined, began a casual romance with the doctor’s son, a young medical student in Mexico City where Bette lived in the expat district nicknamed Sin Street. A casual, tumultuous fling ensued, incorporating elements of jealousy, misguided expectations, needles and syringes, outright violence. All biographers of Bette Ford begin the outline of this chapter with Bette in the back seat of a Mexico City police cruiser under mysterious circumstances that do not seem to bode well for Bette Ford.

Listen, Bette, I say, the episode with Sergio—it has texture, it flatters you, why wouldn’t you want it in the book that tells the story of your life? Doesn’t it capture exactly who you were and the qualities you prize: strength, courage, resilience, living on the edge? All the vivid details you remember after more than half a century, really Bette, I could spend a whole year writing just that chapter. It could kick off Volume 2 of the biography. You’ve survived the eventful first half of your career in Mexico and now you face a setback, a challenge that would send a lesser warrior into retirement. Yet you bounce back, you triumphantly reenter the arena, with all the texture of reentering—Don Juan is gone, you’re on your own and can’t uncurl the fingers of your left hand, yet you’re just getting started. Why wouldn’t you want Sergio to be a chapter in the biography?

So, too, the glass of water flung into the face of Don Juan: excluded on the grounds of luridness. Juarez again, the town where Don Juan began his career as a boxing promoter before becoming Bette’s manager. Bette arguing with Don Juan in the middle of a fight, the outraged hometown fans, an attempt at arson, the reek of smoldering wooden seats that wafts out into the center of the arena. All episodes that feature Don Juan are off limits as they verge too closely on the lurid, the one exception being the long drives to the border and Don Juan, who keeps a pistol in the glove compartment, sipping from a bottle of milk to calm his ulcer, after a stop in Chihuahua to say hello to his wife and 11 children.

That pistol will reappear later, in Volume 3, north of the border, 1959, Bette meeting with a writer at the dawn of the era of the biography that won’t ever be written. A scene eminently cinematic.

An outstanding biography could be written if only I could persuade Bette to show her scars.

And so it goes in 2020, my eighth year of holding the revolving-door position of “authorized biographer” for Bette Ford. In Year One, the biography’s tentative title was They Came to See Me Die. By Year Two it had changed to I Will Carry My Story with Me to the Grave. I’m almost certainly the last in the long line of would-be chroniclers of the life of the first American woman to kill a bull in the Plaza Mexico, as Bette now is in her nineties. Still, we move forward, at this point mostly by inertia (to officially sever the connection would require a rewriting of the contract signed amid champagne and optimism on the first day of Year One).

Realistically, the biography, or a screen version of Bette’s reinvention, could have come to fruition, or some compromise form of fruition, half a century ago when it was still possible to glamorize bullfighting as a sport, and the sport was culturally palatable even in the United States. John Meston, creator of Gunsmoke, almost took on the project in 1960. Instead he married Bette. (“I’ll marry you, or I’ll write your biography, but I won’t do both.”) Norman Mailer and Paddy Chayefsky each expressed interest, according to Bette. If at this late date a biography still were feasible, a whole chapter could be written on the intersection of Mailer, Ford, and the place of bullfighting in American letters. Mailer, meeting with Bette in New York in 1955 for the first installment in the Village Voice’s interview series, wrested possibly the most memorable line in the entire series from Bette. “I love to kill,” says Bette in answer to a question about her conscience. Did Mailer flinch, grimace, grin? Did he follow up? In the published version of the Q&A, Mailer moves on somewhat abruptly to an unrelated line of questioning about matadors as ladies’ men and how being a “lady bullfighter” might intimidate potential suitors.

The biographer who immediately preceded me, so I glean from the scant facts Bette divulges about the episode (“tawdry”), saw potential in a reinvention narrative that began in rural western Pennsylvania, skipped lightly past the killing in Juarez and Tijuana and Mexico City, and landed in the present day and Bette’s new career as a voiceover actor taught to break her voice many decades ago by her Manhattan neighbor, Marlon Brando. Bette and my predecessor got along so well that, after one long session of revisiting the Pennsylvania childhood, they decided to take a trip together to conduct interviews with surviving family members. At some point there was a falling out, the story of which will never be told. But by then the transcripts and notes had reached a draft stage of fruition, an actual full-length manuscript. It is a standout in the lore traded among Ford biographers that the manuscript was not burned but quietly—uneventfully—left in an envelope at the gate outside the Ford home in Studio City.

What is it you want, Bette, I asked at the first of my auditions. It’s a question that I’ve asked a thousand times now.

In an ideal world, I would leverage my “authorized” credential to dig into the archives of the Juarez clinic. Better yet, Bette and I would make a road trip to El Paso, possibly with a handgun in the glove compartment, cross the border, take in a bullfight, join the fighters for the traditional post-corrida insiders’ dinner, move on to the afterparty, Bette would be asked to show her scars. Not the scars that curled her fingers.

An outstanding biography could be written if only I could persuade Bette to show her scars.

What is it you want, Bette, I asked at the first of my auditions. It’s a question that I’ve asked a thousand times now. I want not to be forgotten isn’t the answer. I want Don Juan not to be forgotten isn’t the answer, either. What do you want, Fortunato, Bette will occasionally retort; sometimes, to vary the routine, in the voice of a character she’s rehearsing for a voiceover role.

What is it you want, asks Mrs. Lollypop, whose cat was adopted by Apple and Onion.

I would like to start over isn’t the answer. I want to work through the trauma of being dragged along to way too many bullfights as a child who could not say no—that’s not the answer, either, although it’s what partly drew me to the project in the first place. I’m pretty sure by now that the trauma can’t ever be worked through.

I want to learn to be better at suppressing my ego isn’t the answer.

The latest version of the biography that won’t ever see the light of day opens on a beach in Acapulco where, incidentally, this biographer very nearly drowned as an early adolescent. I really do have no difficulty painting myself out of the picture in the chapters I draft; that’s never been the problem. Bette Ford, the former swimsuit model, sips a Bloody Mary and feigns indifference. She badly wants Don Juan to return to Mexico City and pick up where he left off, managing her career. Don Juan is torn. He suffered a heart attack in Tijuana during Bette’s difficult mano a mano with Patricia McCormick, a rival who, incidentally, wrote her own biography (Holt, 1954). Recuperate, retire: doctor’s orders. But he misses the ringside excitement and the prefight bickering, the battle of wills at ringside, Bette playing to the crowd, Don Juan reining Bette in, managing risk. He misses the postfight ritual in the hotel room, kneeling at Bette’s feet, massaging Iodex into the deep bruises along her calves and thighs so that the blood doesn’t pool and she can descend without limping into the hotel lobby to take questions from the press. Bette will never be caught limping. He misses watching her getting back up after being knocked down so hard you’d be shocked that she could make an impressive entrance on his arm, without a limp.

Fortunato Salazar is a writer and translator based in Los Angeles.

Isabel Wilkerson on the Legacies of American Chattel Slavery 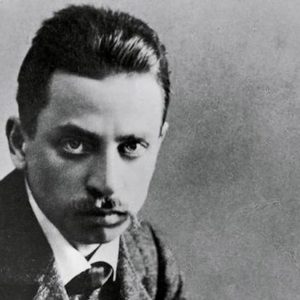 Rainer Maria Rilke’s Letters to a Young Poet has spoken powerfully, and differently, to every generation of readers since...
© LitHub
Back to top