The Best Part of Us 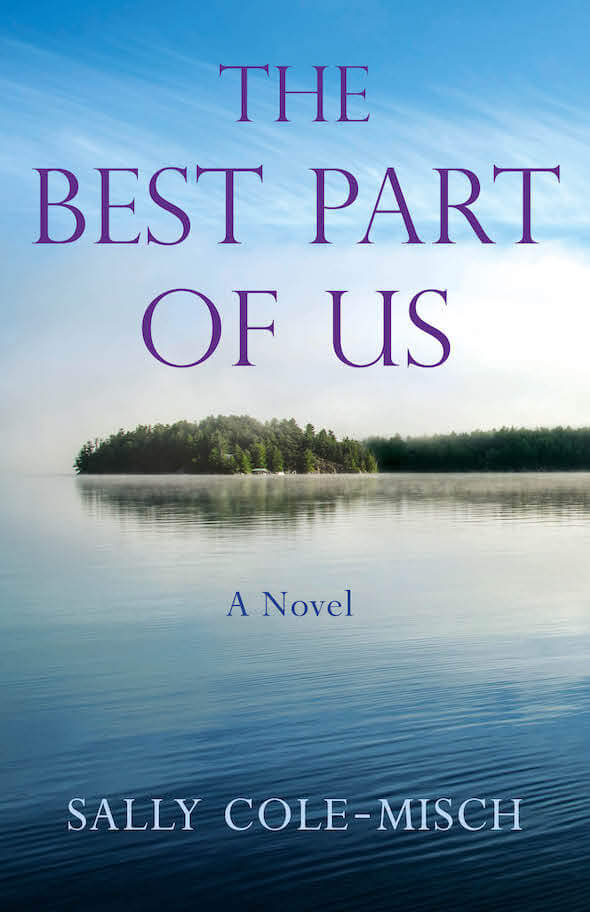 The following is excerpted from Sally Cole-Misch's new novel, The Best Part of Us. Cole-Misch is a writer and environmental communicator, focused on communicating our essential connection with nature—particularly the Great Lakes—and the role each of us can play to restore, protect, and enjoy all that nature gives to us.

“Nights and days came and passed,
And summer and winter and the rain.
And it was good to be a little island.
A part of the world
And a world of its own
All surrounded by the bright blue sea.”

“Listen to this,” Kate said, clucking before and after her words. She lifted the news section of The New York Times, blocking the entire right half of the royal-blue sedan’s front window.

“‘An ABC News/Washington Post poll released tonight found that testimony by Admiral Poindexter and Colonel North had not helped the president’s credibility. Only forty-eight percent of those polled believed the admiral’s assertion that Mr. Reagan was unaware of the fund diversion.’” Kate glared at her husband, Evan, both of his hands on the narrow steering wheel like every other time he drove. “How can almost half of the American public believe Reagan didn’t know, that he didn’t lead the entire Iran-Contra affair?”

Beth’s mother couldn’t live without the Times, so Evan had started another subscription to the Thessalon postmaster in addition to the one that came every day at home in Ann Arbor. Who would read those editions while they were gone, the ones the weird kid flew into their front door every morning from his bike? Sometimes he’d stop and stare up at her bedroom window, just above the front door. She could see him if she sat up in bed, which she’d moved to the middle of her room so her first view in the morning was of trees and sky. Except for the mornings she’d look down and see him staring up at her. Yuck.

They’d picked up two weeks’ worth of newspapers when they stopped for groceries in the small Canadian harbor town on the northern shore of Lake Huron. It was the last stop before they reached the cold, clear waters of Lake Wigwakobi—or “waters of many birches,” as the local Ojibwe people called it. Her family still used that name, even though other summer residents had switched to the Canadian government’s name, Big Birch Lake, many years ago. Their annual trek north to the island was as constant as the blueberries that covered it every June. Their home and sanctuary, no matter what.

Their annual trek north to the island was as constant as the blueberries that covered it every June.

Kate’s stack of newspapers filled the middle of the front seat, so they had piled the grocery bags on the back floor around Beth, Maegan, and Dylan’s legs. Beth hugged the bag with eggs and bread between her calves, balancing it on top of the center hump. She liked the middle seat despite its stiffness. For once, she felt bigger than her older sister and brother.

As Evan turned onto the rutted one-lane path that connected a wide center bay of Lake Wigwakobi to the rest of the world, Beth leaned to the left to see around the newspaper. She didn’t want to miss the view as the path wound through the deep woods and ended at the lake’s shore. Maegan shoved Beth back to the middle with her shoulder.

“It wouldn’t matter if they told Reagan or not,” Maegan said.

“I mean, isn’t he older than Taid? He probably can’t remember what anyone tells him after ten minutes.”

Evan looked in the rearview mirror at his eldest daughter. “Don’t make that comparison in front of your grandfather. Reagan’s at least five years older, and I can’t say Taid’s showing many signs of intellectual loss.”

Kate lifted the paper wall again. “You’re choosing to not see what you don’t want to. It won’t be long before we’ll have to open the cabin with them in May to make sure they don’t fall and break something. At least we have the next few weeks to ourselves, just the five of us.”

“We’re almost there,” Beth said, urging her mother to stop reading and lower the paper.

No luck. Kate straightened her back and pulled the paper closer to her face. “This part is great: ‘James Dylan Barber, a political scientist at Duke University and author of several books on the presidency, said, “This has destroyed Reagan’s credibility in world politics.”’ We can only hope that twenty years from now others will see Reagan as one of our worst presidents ever.”

“Time will tell, I guess,” Evan mumbled as he steered the car over the deep potholes and tree roots jutting across the path. When the tall stands of white pines, sugar maples, and silver birches surrounded them in deep shade, Kate folded the newspaper and added it to the stack. She wrapped her arms around the paper tower as if it were a fine china vase needing protection from the car’s gyrations.

Beth scanned the woods with its lime-green ostrich ferns and ash-gray mounds of reindeer lichen. Everything in its place, just as she remembered. Dylan moved his long legs pressed against the back of the front seat to bump knees with Beth. They grinned at each other as the car came over the last hill and angled downward.

“Here it comes!” she yelled, catching her breath as the front window filled first with pale sand, then bright aqua water that deepened to darkest navy as the lake’s bottom shifted from sand to bedrock. “We made it!” The eight-hour drive still felt as if it took days.

Evan laughed. “Never gets old, does it?”

Beth grinned back at her father.

“Nice to be home,” Dylan whispered.

Evan parked in the last open spot of grass set aside for the lake’s island dwellers among a small campground that rimmed the shoreline. Campers were going about their early evening rituals: eating dinner on picnic tables next to their tents or trailers; securing boats to the rickety wooden docks for the night; and preparing the nightly bonfire, now just a pile of logs, kindling, paper, and pine needles in the large fire pit near the beach.

Everyone had memorized their role long ago to move their belongings from the car to the family’s maroon cast-iron fishing boat at the dock. Dylan and Kate carried the stiff brown leather suitcases, scuffed from years of transporting the family’s clothes, books, and toiletries from home. Beth and Maegan took twice as many trips carrying the groceries, and Evan arranged everything on the boat’s floor. Kate and Dylan made the last trip, she with the stack of newspapers and he with his large duffel bag of paints, pastels, brushes, and papers.

Beth untied the boat’s fore and aft ropes from the dock and held them taut as she bounced on her toes, willing Dylan to walk faster. He kicked the dirt and sand with his black canvas Keds, his lanky frame lagging far behind his feet. He had just passed their father in height at six feet, but his brown wavy hair, deep-set eyes, and long graceful fingers mirrored their mother. Kate smiled or nodded at several campground regulars, her gait mirroring Dylan’s from the weight of the papers in her arms. When Kate reached the boat, she divided them into three groups and set the piles on the two metal benches that spanned the boat’s center. She, Maegan, and Evan pounced on them before the wind could send the pages lofting across the campground.

Beth tossed the ropes into the boat and jumped onto her triangle seat in the bow just before Dylan revved the outboard engine and jammed it into forward gear. Maegan and her newspaper pile slid backward onto the luggage stacked behind her. Dylan pulled the engine’s lever into neutral as everyone erupted in laughter.

“Pig! I could have broken my back!” Maegan slapped at Dylan’s leg.

Kate pointed at the newspapers scattered around Maegan. “Don’t lose those or there’ll be hell to pay.”

Maegan shoved the papers under her and rotated sideways on the luggage, away from the rest of the family. Dylan turned the handle into gear again, and Beth faced forward with her legs crossed under her. She leaned over the bow to watch the water change from aquamarine to indigo as the lake deepened, and to brilliant white when the bow broke its stillness and collected it into waves. As the bay opened to the lake’s wide middle, she sat up to breathe in the crisp air and feel the wind lift her long hair. Goose bumps scattered across her arms and legs.

Even in mid-July the water was still cold from a late spring thaw. Taid had taught them that the long oval lake was one of hundreds created as the last continental glaciers retreated thousands of years ago. She tried to picture the glacier digging out the humongous Great Lakes and her own lake like a bulldozer, each advance and retreat digging deeper into the earth’s crust. Fishing maps showed where Lake Wigwakobi’s floor dropped over three hundred feet from the granite cliffs along its shores, yet the water’s clarity belied its depth—even rocks sitting fifty feet deep were easy to see.

Life in the Forever Fires: Toward Serenity in an Apocalypse 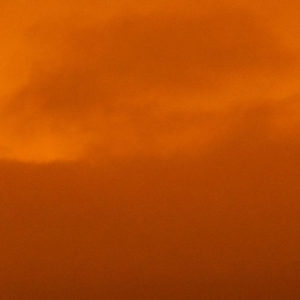 Life in the Forever Fires: Toward Serenity in an Apocalypse I was on a plane when the Tubbs Fire burned. This was 2017. A rumor ran through the airport that our flight was one of only...
© LitHub
Back to top