The Art of Silence: Finding Beauty in the Unspoken After Losing My Voice to ALS

Cai Emmons Returns to an Early Love of Quiet

At eight years old I began writing poetry. I loved the sounds of words, and I loved stringing them together, often nonsensically. I liked the solitude of writing, the secrecy, the fact that I was in control. I did it knowing that poetry carried little weight in the noisy world, but I didn’t care. Over the years as I wrote plays, screenplays, and finally, fiction, I began to appreciate how a well-composed line of poetry, a line of dialogue, a sentence of prose, could elicit a feeling in the reader, often profound, occasionally life-changing. It seemed almost like magic to me. Its solo nature. Its silence.

Meanwhile, every other force in my life was encouraging me to speak up—and speak up loudly.

I was raised by a mother of the World War II generation. Born at a time when women were not encouraged to express themselves, or have careers of their own, she was a rebel and spent her entire life speaking her mind, determined to be heard. She spoke up to her husband, to her daughters, at the Unitarian church, and at the annual town meeting of our small New England town. She wanted her three daughters to do the same, and she coached us to advocate for ourselves, to make sure no one doubted our capabilities. Don’t be a meatball, she would say if she saw us being pushed around. Don’t be a mealworm.

I took her coaching to heart. Timid as I was, I raised my hand in class. I ran for high school class president. I understood it was important to be heard. By the time I reached college the second wave of feminism was exploding, and I was swept up in it. I hadn’t thought much about the implications of going to a formerly all-male college that accepted only a few women, but those implications quickly became clear. Speaking up became not only a matter of self-assertion, but of reminding everyone that women had plenty of good ideas and were capable of expressing smart, strong opinions. I was a woman who, like my mother, was determined to be heard.

The question looms large: How does one assert oneself as a person, a woman, without a speaking voice, without sound waves commandeering attention?

When I entered the world of film where I freelanced as an editor, writer, and director, a new challenge of self-assertion rose. With each new job I had to state my worth. How much money did I expect and deserve in exchange for my labor? There were no rules to follow, no instructions. Overestimating was an act of hubris and I risked losing the job; underestimating positioned me as inexperienced, possibly a hack. Don’t be a meatball, I told myself though I didn’t always succeed.

Now, after years of trying to master the skill of speaking up, I have been “struck dumb.” Struck is not really the right word here, as it took a year for me to lose my voice. First there was something off about my inflections, then I noticed certain words—vulnerability, Google—were hard to pronounce. My tongue and cheeks were lazy; I sounded monotone and gruff. After a year, even my family and friends could no longer understand me.

By then I had been diagnosed with bulbar-onset ALS, a form of ALS which attacks the area around the mouth, tongue, throat, and vocal cords first, weakening those muscles and shutting them down. My tongue might as well have been cut off, as it has become a vestigial organ, inert, useless. In addition to no longer being able to speak or swallow, I can no longer spit, swill, blow out birthday candles, lick ice cream cones, pucker for a kiss. I communicate reasonably well with text-to-voice devices, one on a special computer, and “Speech Assistant” on my phone which helps me when I’m out and about. However, the urge to speak with my own embodied voice persists, and at the end of every day when I have been largely silent, I squeal with my husband, satisfied to be able to produce some sound, animalistic as it is.

The question looms large: How does one assert oneself as a person, a woman, without a speaking voice, without sound waves commandeering attention? The culture, as my mother knew, places a high value not only on speaking up and being articulate, but also on being loud enough to be heard. To whisper, or to say nothing, is to be sidelined; in some respects it can feel like losing one’s identity.

Literature is peppered with people, women especially, who are punished by being made mute. In Proverbs it is suggested that people who speak without righteousness be punished by having their tongues cut out. In Greek mythology one of the nymphs, Larunda, was silenced because she couldn’t keep secrets. Artemis cut off the tongue of Chione, jealous that Chione was loved by both Hermes and Apollo. In these instances being mute meant being ostracized and shamed. I feel no shame about my muteness, though when one is diagnosed with a fatal incurable disease it is only human nature to wonder what one might have done wrong.

But the Greeks offer another view of silence too, embodied in Hesykhia, the Goddess of quiet, rest, and stillness. She suggests a more positive take on the state of being silent, an understanding that humans need restoration and healing, and often being quiet is the best way to achieve that.

So many of the things I love most in the world are beautiful for their silence. The moon. Falling snow. Budding flowers. Sleeping babies. Quaker meetings. There is majesty in such silence. Mystery. Likewise, some of the most irritating, destructive, and hateful things in the world are those that are the noisiest. Honking horns. Gunshots. The bombs falling on Ukraine.

Was my eight-year-old self prescient? Was she preparing me because she knew that one day I would not only want to write, but need to write? What a gift it is now to have a form of self-expression that doesn’t require vocal cords or a nimble tongue. Written words are best absorbed in silence. Silence is part of their DNA. Read. Pause. Listen. Absorb. Think.

Such silence is non-coercive and, as such, it is more likely to lead to deep conversation than the spoken word where there is always a social context that often legislates against deeper probing. If a reader chooses to ignore words on a page, it is easy to do so. If they choose to engage, they can do so on their own terms, at their own pace, free to have responses unmediated by anyone else. In this voluntary conversation alone with the writer, the reader pauses to respond in their head, resumes reading, agreeing, disagreeing, liking, disliking as they go. They retain control.

So many of the things I love most in the world are beautiful for their silence. The moon. Falling snow. Budding flowers. Sleeping babies. Quaker meetings.

The written word does not receive immediate responses, but if the writer listens closely, she begins to learn how her readers are reacting to what she has laid out, and the silence of these reader/writer transactions often yields treasures. Her readers begin to write emails and hand-written notes. Some people engage face-to-face about what the work has meant to them. The writer finally understands her work is not only self-expression, but a communication that has been received. Heard. There is little more gratifying.

In September I have two novels coming out. I will attend a few live book events. It will be an experiment for me. I will “speak” with my computer, hoping I can type fast enough to say what I need to say, while surrogate readers will read from my novels. This uncertain step into the public sphere as a mute person, scary as it is, has begun to feel like an adventure. My deceased mother would be proud, I think, happy to see I’m not curling up like a mealworm.

At the same time I know that I’ll be on the verge of many silent conversations, possibly deep ones, with readers who choose to enter this new work. I’ll stand at the podium letting my computer speak for me, or sit at a table signing books, and I will be also be thinking about the dignity of all silent things I’ve loved. The moon. The falling snow. The written word. 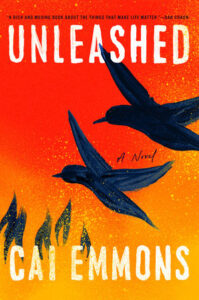 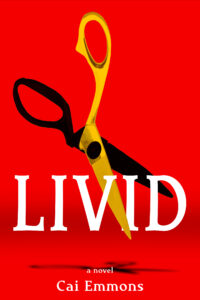 Law of the Tongue: When Humans and Killer Whales Hunt Together 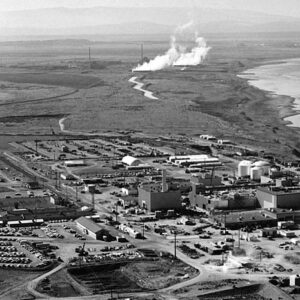 If you thought breathing in microscopic drops of COVID-19 was bad for your lungs, try inhaling a little of the vapor emanating...
© LitHub
Back to top
Loading Comments...