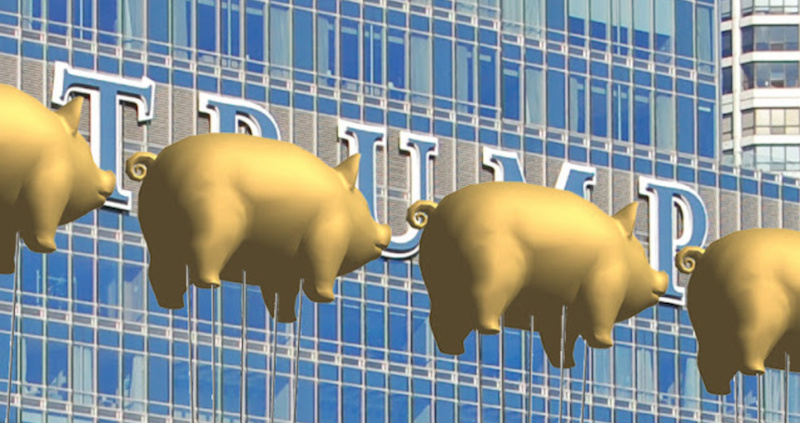 The Art of a Nation Will Outlast Its Governments

In the second of a series, Scott Esposito considers creation as resistance

The winter solstice is upon us, which means that we are in the densest, hottest portion of the holiday season. Whatever religion you adhere to—or even if you’re among the many with no strong religious beliefs—you’re no doubt surrounded by the mainstays of the American holidays: oppressively cheerful holiday songs everywhere you go; epic sales at department stores; lots of gift-giving; and of course the bizarre holiday varietals of the normally reliable beverages at Starbucks.

As part of the annual rites, Americans are now celebrating many of our favorite tales. Theater companies across the nation are staging Charles Dickens’ beloved A Christmas Carol—you know the story, the stingy and cruel Ebenezer Scrooge changes his ways after visits from the ghosts of Christmas past, present, and future. In addition to Dickens’ megahit, you’re also probably seeing its American cinematic cousin, It’s a Wonderful Life, on TV screens. Beyond that, gospel choirs are rejoicing in the foundations of American popular music for audiences of every faith and color, and on Christmas Day itself Hollywood will give us the Oscar contender Hidden Figures, about the importance of racial diversity and the empowerment of American women.

I bring all of this up because these holidays are playing out amid a period of collective gloom unlike anything I’ve ever experienced. There is no need to elaborate. We are all being plastered with wall-to-wall news about our post-truth world, the normalization of the unthinkable, white supremacists, other extremists, and the general fear that our country is to be transformed into something unrecognizable. I share this sense of foreboding. I have been involved in many of these conversations, and I have no shortage of fears to air. But my belief is that all-American evergreens like A Christmas Carol, It’s a Wonderful Life, gospel choirs, and even mainstream Hollywood cinema are just the very tip of an immense cultural bulwark that would-be authoritarians will not find so easy to break.

The Nobel-winning poet and essayist Czesław Miłosz, whom I’ve been reading a lot of lately, knows a thing or two about the importance of culture to a nation’s health. As a 20th-century Pole he had the doubly terrible fate of first watching his freedom-loving nation crushed by the Nazis, and then seeing the Soviets brutally install themselves in power and dictate political and social life for a generation.

Yet Poland was also the first Warsaw Pact state to throw off the Soviet yoke, helping inspire a series of revolutions that ultimately ended the existence of the USSR. How did they do it? If we are interested right now in surviving and combating authoritarianism, we could do a lot worse than Miłosz.

As a witness to the rise of authoritarianism, as well as an expert on the experience of surviving in an authoritarian state, Miłosz makes for sobering—yet also inspirational—reading. In particular, his classic essay collection The Captive Mind is as discerning and precise a discussion of the compromises, absurdities, and methods that prevail in an authoritarian state as you could ever hope to have in writing. If you have the stomach for such things these days, I wholeheartedly recommend it.

Right now I would just like to discuss the book’s first essay, “The Pill of Murti-Bing,” the book’s most famous. The titular pill is Miłosz’s metaphor for the new beliefs the captive Poles were forced to accept when the Soviets took power. Swallow this bitter pill, for you have no choice! Learn to praise Stalin loudly and publicly, learn to write poetry about the socialist struggle, learn to give an Oscar-worthy performance every time you leave the house for fear of being thought subversive. Swallow this pill, and try to carve out some private space for your dignity and your independence.

Miłosz and his colleagues were experts on the compromises forced by the Murti-Bing pill, but late in the essay he begins to speculate about the next generation of Poles—the first to be brought up entirely under Soviet domination. He wonders whether they will need to make the same compromises as his generation. After all, couldn’t the all-powerful Soviets just indoctrinate them in whatever beliefs they wished? Couldn’t they crush their freedom before it ever got started, eliminating the need for the Murti-Bing pill?

Miłosz quickly decides that the answer to this question is “no.” The culture of Poland is too resilient and too deeply embedded for Stalin and his henchmen to ever wipe it out. Miłosz singles out the importance of Polish literature, which he says the Russians could never eliminate:

National literatures would remain to exert their malignant influence. For example, the works of the greatest Polish poets are marked by a dislike of Russia . . . Yet the state must publish certain of these poets and must teach them in its schools, for they are the classics, the creators of the literary language, and are considered the forerunners of the Revolution.

Miłosz also later notes that international classics like Shakespeare and the Ancient Greeks cannot completely be removed from the life of the Soviets’ new man. And undoubtedly he was right that Polish literature was a great danger to the Soviets—why else was Miłosz forced to write The Captive Mind from exile in Paris, for he surely would have been incarcerated had he dared publish it while in Poland.

I do not want to downplay the risks to the American nation represented by the next four years—they are grievous, and I, for one, am anxious and appalled—but I do want to instill an awareness of the crucial role that our arts will play in maintaining the values that make this nation recognizable. For indeed, it is unthinkable to raise the next generation of Americans without the likes of Mark Twain, Frederick Douglass, Emily Dickinson, Death of a Salesman, Catcher in the Rye, A Wrinkle in Time, Toni Morrison, and Claudia Rankine—to say nothing of good old Shakespeare and the Greeks. The idea of an American adolescence without these essential parts of our national tradition is just as absurd as a December without millions watching A Christmas Carol, or whatever progressive-thinking films Hollywood has to offer. Anyone who wishes to destroy the healthy distrust of authority, the love of freedom, and the regard for pluralism that is core to America’s quintessential values has their work cut out from them. Good luck to those who would try to tear these works from the fabric of our lives!

Indeed, it is often in the most inhumane of times that art grows ropy-thick and deeply rooted. I think of Sartre, who hammered out existentialism while a Nazi prisoner of war, and then later in a Paris occupied by one of the most terrible regimes to ever exist on Earth. Or Dorothea Lange, whose photographs of the depths of our Great Depression are some of the most enduring and celebrated images to have ever been made by an American artist. Or even Dickens, who wrote A Christmas Carol as a response to the terrible abuses of untrammeled capitalism. There are countless examples: one of my favorites is composer Olivier Messiaen’s masterpiece “Quartet for the End of Time,” which had its premiere in a Nazi stalag and owes its odd arrangement to the fact that Messiaen happened to share a prison with a clarinetist, a violinist, and a cellist. The great composer was later to remark regarding the 400 or so inmates and guards who constituted the audience for his premiere, “Never was I listened to with such rapt attention and comprehension.”

I don’t want to exaggerate what art can do: Messiaen’s remarkable composition did not push the Nazi tanks out of France, although I would bet that his music has proven far more enduring and has inspired more people than Nazi ideology. In the case of Poland, it’s quite true that Polish literature did help hollow out the Soviet regime; indeed, Miłosz’s Nobel Prize was partly given for the power of his poetry and essays in combating authoritarianism. More recently, in Serbia Srdja Popovic’s Dadaist “laughtivism” has been credited with helping bring down strongman Slobodan Milosevic. (On that score, I’m excited by Chicago architecture firm New World Design, which has proposed obscuring a prominent Trump logo along the Chicago River with an art installation of gigantic golden pigs. More like this!)

Over the next years art will have its role to play in ensuring that America remains a place we all are proud to inhabit. The Presidency is a powerful pulpit, but so are the collective theater stages, independent bookstore event spaces, community symphonies, museums, galleries, literary magazines, and so on across the United States. Right now, I want to challenge you all to support your artistic communities by creating art, encouraging artists, sharing art that has inspired you, talking up things you love, donating a little money, and in general being in solidarity with the people celebrating the essential values that can only come from our artistic community. Most importantly, be creative: the more intriguing and fascinating your work is, the more attention it will draw away from our would-be purveyors of hate and division. Let us make our artistic community an unbreakable bulwark against whoever would try to subvert the goodness of this great nation!

Books for understanding the authoritarian mind and finding community amid struggle:

A Christmas Carol by Charles Dickens

For the End of Time: The Story of the Messiaen Quartet by Rebecca Rischin

Blueprint for Revolution by Srdja Popovic

A Paradise Built in Hell by Rebecca Solnit 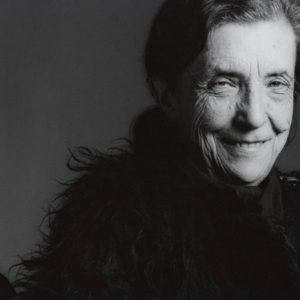 When Emily Dickinson read about the death of George Eliot in the newspaper, she wrote the following sentence in a letter...
© LitHub
Back to top